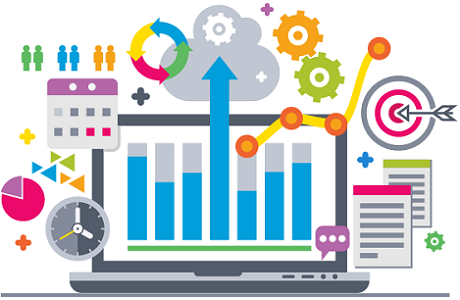 An integrated data system to assess student performance and results is desperately needed in California, two researchers said at a May 10 talk in Sacramento. At the event, experts discussed key findings on data systems from the Getting Down to Facts II report and next steps.

“California is falling short of other states [by not having] a comprehensive data system,” said Jesse Rothstein, director of the California Policy Lab at the University of California, Berkeley. “We have certain pieces but not an integrated, coordinated system.”

At present, academic progress for California students is tracked using a patchwork approach. Local school districts may have data on their students, but it is not incorporated into a statewide system. Further, the California Department of Education system is not aligned with organizations outside the agency. As a result, districts are not able to measure the success of short- and long-term initiatives, from the effectiveness of early childhood education to career readiness for high school graduates.

Said speaker Evan White, executive director of the California Policy Lab, “the [existing] systems are not talking to each other.”

Data is considered essential for educators and policy experts to make informed decisions about schools, social services, teaching and other sectors. For the moment, some districts — particularly small and rural ones — go without this information and others rely on analysis from other states.

California has made some progress in the past decade, including the launch of the CALPADs program, a longitudinal data system for K-12 students used by the California Department of Education but not aligned with other agencies. In his May budget revision, Gov. Gavin Newsom also allocated $10 million in one-time non-Prop. 98 General Funding to develop a “cradle-to-career” longitudinal data system connecting student data from education providers, K-12s, colleges, employers and health and social service agencies.

But some lawmakers have expressed skepticism about the need for such data collection due to cost and the time involved. And the non-partisan Legislative Analyst’s Office says system oversight needs to be sorted out.  Former Gov. Jerry Brown opposed much of the effort to set up such a longitudinal system.

Rothstein also raised the issue of which agency would oversee the program and listed other barriers to rolling out a comprehensive data system. These include concerns about student privacy, bureaucratic hurdles because each state agency owns its own data and may not be inclined to share it, and fear about what the results of integrated  data might reveal about student achievement. There are also questions about which data to collect and when, how it might affect teacher evaluations, and technology funding at the local level for already cash-strapped districts.

But Rothstein pointed out other states have overcome these obstacles, and California is known globally for its high-tech innovation. “This issue is solvable and a system is easy to build on the tech side,” Rothstein said. “What we need now is political leadership.”

Added White, “Something is going to happen. There is a lot of momentum towards this.”