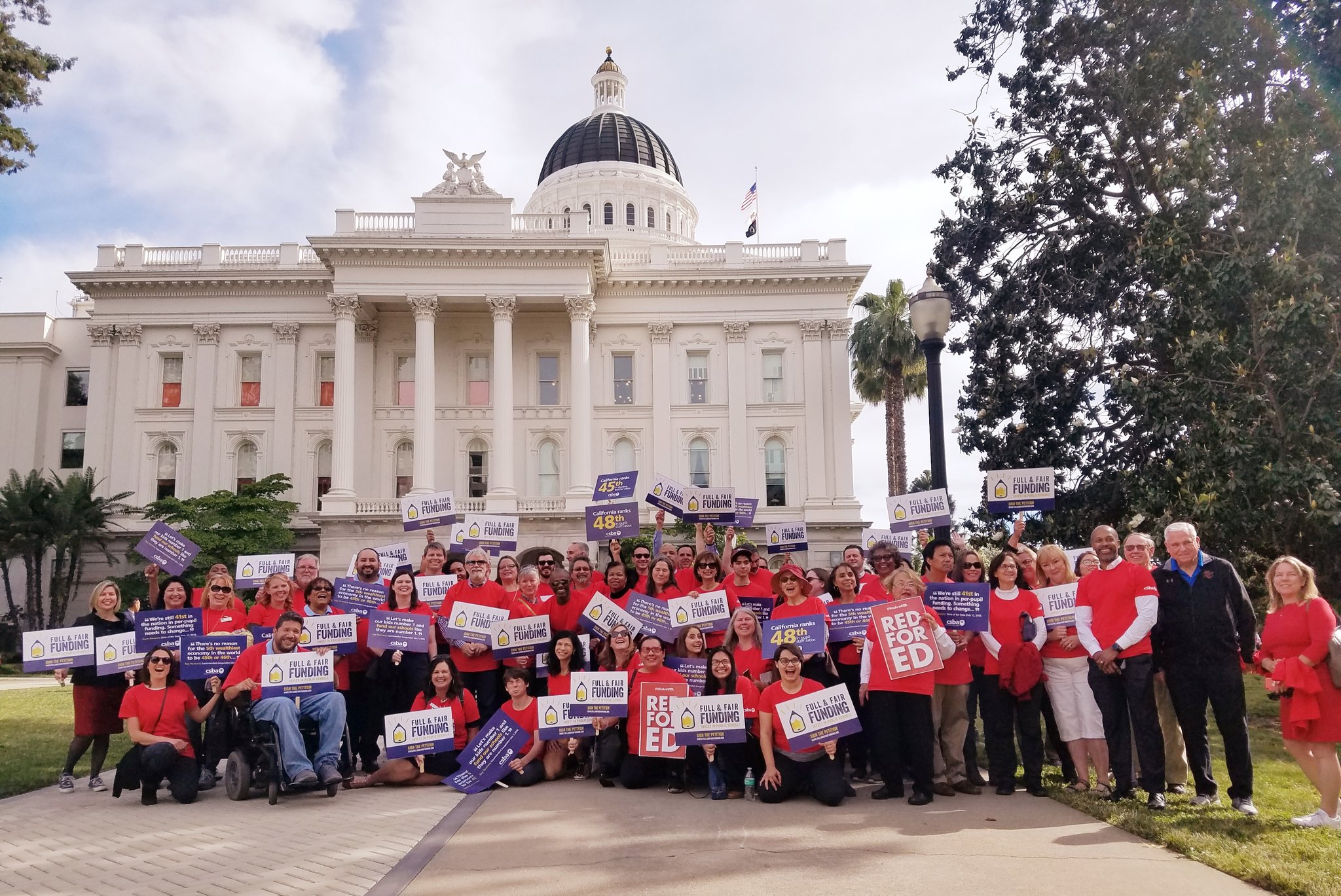 From Humboldt County, Monterey, San Diego and beyond, school leaders converged on Sacramento by the busload on May 22 to make their voices heard and to fight for Full and Fair Funding of California’s public schools.

About 200 school board members took that fight to the steps of the State Capitol, where they joined thousands including CSBA staff, the California Teachers Association and other education partners in an afternoon Day of Action Rally for Education.

Whether teacher, administrator, school employee, student, or trustee, the crowd was unified in its call for more school funding as districts statewide face rising costs for pensions and health care, increased spending on special education, declining enrollment and staff shortages due to high costs of living. At the same time, teachers across California have gone on strike to protest large class sizes, inadequate pay and other issues, all while charter schools have siphoned off an increasing number of public school students at the expense of scarce dollars for neighborhood schools.

CSBA President Dr. Emma Turner was among the speakers who took to the stage to echo these points.

“I’m really outraged because we are 41st in per-pupil funding in the state of California and nowhere near where we should be,” she said. “We have a goal: by 2020 we want to be at the national average and by 2025 in the top 10…We need our students to have everything they need to be successful!”

State Sen. Connie Leyva (D-Chino), agreed, saying, “If we don’t fully fund education, we should stop saying our children are our future.”

Added Assemblymember Patrick O’Donnell (D-Long Beach), CSBA’s 2018 Outstanding Legislator of the Year, “Public education is what America is built on … We need to fund public education at a much higher level 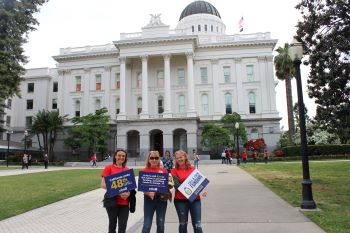 “We need to invest in our future. California is the 5th (largest) economy in the world. Our public education funding is a disgrace and dangerous,” San Rafael City Schools Board vice president Maika Llorens Gulati wrote on Twitter.

Tweeted Amy Christianson, board president of the Butte County Office of Education, “Let’s make our kids number one and fund our schools like they are number one.”

Trustees from the Cupertino Union School District said they traveled to the Capitol to ask for help as their high-cost Silicon Valley district does not qualify for supplemental help from the state but still struggles with teacher retention, declining enrollment and low property tax revenues

On stage, Berkeley Unified School District special education teacher Josh Austin shared a similar message. “This is a crisis across the state,” he said. “California has more billionaires than any other state and the highest level of poverty, with many students living in poverty or homeless

Despite the daunting numbers and challenges ahead in changing the status quo, the rally for education ended on a hopeful note.

“Today was a great day for those who care about public education,” said Speaker of the Assembly Anthony Rendon (D-Lakewood). 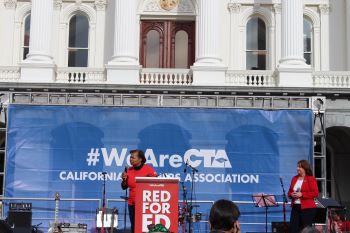 Added O’Donnell, “We need public funding at a much higher rate … together we are going to make this change

CSBA President Turner spoke to this new charged momentum as well, while leading the crowd in a passionate call and response for Full and Fair Funding.

“It warms my heart to hear your passion and to see your commitment to our 6.2 million students,” Turner said. “That’s why we’re calling on the Legislature to provide Full and Fair Funding of California’s public schools. We are telling the State Legislature to increase per-student funding to the national average by 2020 and to the average of the top 10 states by 2025.”