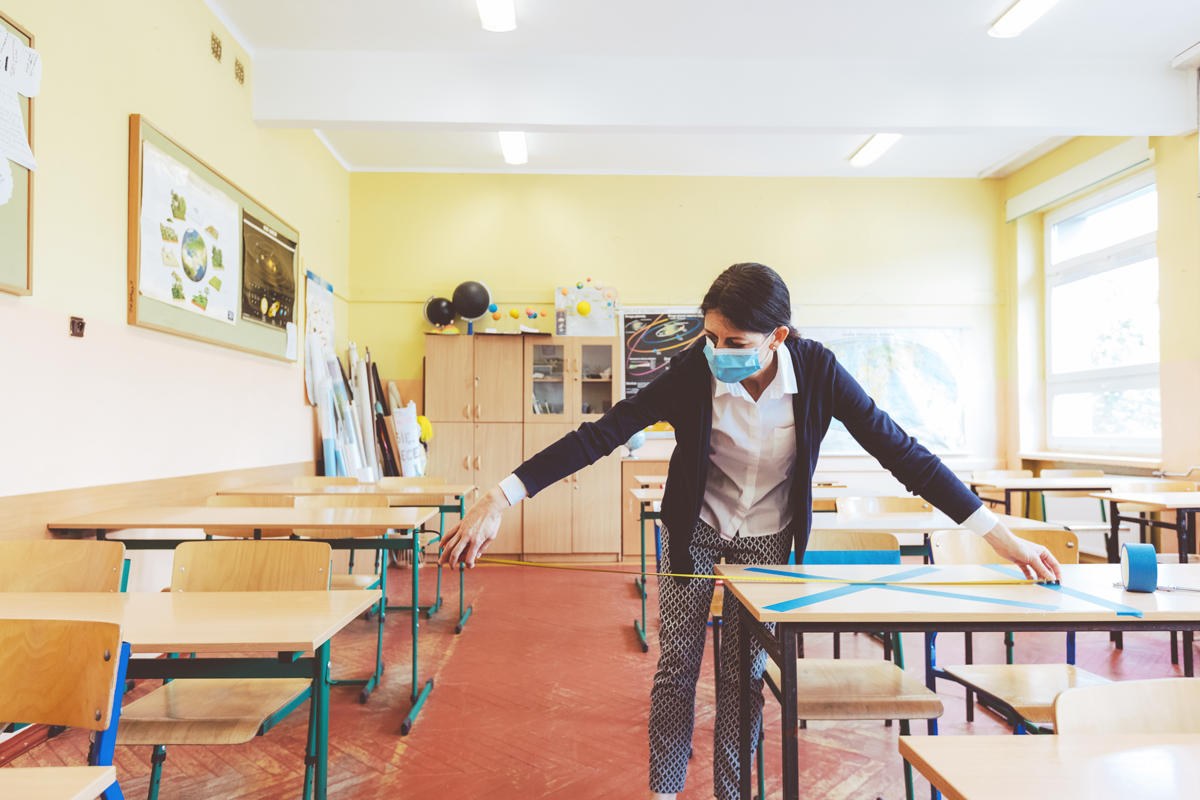 As has become the norm, this week brought more changes to the procedures educators and students are being asked to follow.

The California Department of Public Health on March 20 updated its operational guidance for K-12 schools. The update recommends a new spacing standard for K-12 schools of 3 feet between student seats, following the lead of the Centers for Disease Control and Prevention and addressing part of the Temporary Restraining Order (TRO) issued by Judge Cynthia Freeland of the San Diego County Superior Court on March 17. An additional update stating that all schools at all grade levels are eligible to open if located in counties with positive case rates below 25 per 100,000 population also addresses part of the TRO. Regardless of their tier, schools must post their COVID safety plans online at least five days before reopening. The updated CDPH Framework did not revise the definition of “reopened schools,” though part of Judge Freeland’s order prohibited the state from enforcing that provision. Judge Freeland will likely address this in her order on the preliminary injunction on April 1, 2021.

The CDC on March 19 updated its physical distancing recommendations for students in K-12 classrooms from 6 to 3 feet. The agency released its updated guidelines March 19 to reflect the latest science, which includes a trio of studies on the spread of COVID-19 in schools published in the CDC’s Morbidity and Mortality Weekly Report that conclude 3 feet between students is a safe distance when other preventive measures such as mask wearing are in place.

“Safe in person instruction gives our kids access to critical social and mental health services that prepare them for the future, in addition to the education they need to succeed,” said CDC Director Rochelle P. Walensky. “These updated recommendations provide the evidence-based roadmap to help schools reopen safely and remain open for in-person instruction.”

While CDC guidance continues to distinguish between grade levels for these relaxed distancing guidelines (recommending greater distancing between students in grades seven through 12 in high-transmission communities), making such grade-level distinctions is currently unconstitutional in California.

Six feet of distance is still recommended between adults at school as well as between adults and students. It is also suggested in common areas like lobbies and auditoriums, in situations where masks can’t be worn, when in community settings and when performing activities where increased exhalation occurs like singing, band practice and sports.

The California Department of Public Health’s Youth Sports Q&A posted March 16 declared that sideline cheer would not be allowed. Answering whether cheer, band, drumline and other “supporting groups” would be permitted to attend sporting events, the CDPH said they were not “at this time.”

By March 19, however, the department had walked back its decision and clarified that sideline cheer is allowed as a moderate contact sport.

“Sideline cheer is considered comparable to competitive cheer as a moderate-contact sport, and as such, should follow all requirements of other outdoor moderate contact sports,” the new passage reads.

The original reference was removed from the updated guidelines and no new information was given on the status of band, drumline, choir and drama until March 22 when it was clarified that they are considered low-contact activities and can attend games.

Spectator guidelines are also being modified yet no updates were available Monday.

As noted by CDPH, youth sports “are important to our children’s physical and mental health, and California’s public health approach has worked to balance those benefits against COVID-19 risks.” With case and hospitalization rates on the decline in the state, outdoor high and moderate risk sports competitions have been given the green light to begin with modifications while counties in the purple or red tiers if the case rate is less than 14 per 100,000 population.