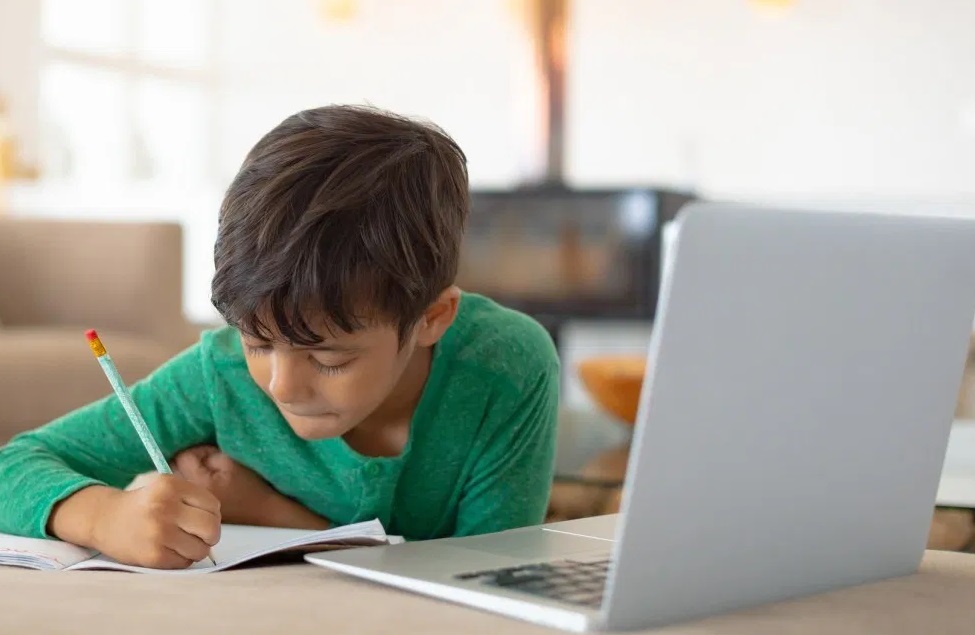 Dr. Heredia, also a Natomas Unified School District trustee, said during the virtual press conference announcing the bill that children should not have to sit in school or shopping center parking lots to get internet. Nor should they be unable to complete their work at home due to slow internet speeds.

“When you think about the 1 million students in California who lack this reliable internet, we’re depriving them of their constitutional right to a fair and equal education,” Heredia said. “In California, where we’re the fifth largest economy in the world and the center of the global technology industry, it’s unconscionable that one in five students in this state can’t get online.”

AB 34 was among a handful of bills introduced in the first days of the 2021–22 legislative session that sought to make expanding broadband access a priority, reflecting CSBA’s consistent advocacy for universal broadband since the earliest days of the COVID-19 pandemic.

CSBA has worked to keep the digital divide on policymakers’ radars, from supporting bills to expand broadband access, to conducting surveys to better understand the need at the local level, to submitting letters to Gov. Gavin Newsom and lawmakers advocating for increased funding for schools to equip students with the technology and internet connectivity they needed in the days and months after schools closed.

And after a picture of two children doing their schoolwork outside a Taco Bell in order to access the restaurant’s WiFi went viral, CSBA CEO & Executive Director Vernon M. Billy penned an op-ed for CalMatters calling on the Legislature to get serious about addressing the digital divide. “Disparities in broadband access along socioeconomic, ethnic and geographic lines effectively disenfranchise large swaths of California’s population and undermine our commitment to equity, opportunity and innovation,” Billy wrote. “As such, the failure to hear a broadband access bill — let alone pass one — is incredibly shortsighted.”

Last April, CSBA pushed for a bond of at least $2 billion to address broadband access as rural students struggled to connect in distance learning. Muratsuchi — a co-author of AB34 — later proposed a bond between $3 billion and $4 billion that focused on broadband infrastructure and aid for school districts.

In a poll commissioned by the Education Trust-West last fall, 38 percent of low-income families and 29 percent of families of color reported they were concerned about distance learning because they lack reliable internet at home. In rural areas, only one-third of California households are subscribed to internet service, compared with 78 percent in urban neighborhoods, according to an EdSource analysis of data from the California Public Utilities Commission. And even in urban areas that have access to the internet, network speeds are frequently too slow to make distance learning practical.

“The digital divide is real and it left behind communities — and this has a huge impact as we move forward when we talk about the amount of lost time for kids learning,” Santiago said. “This is a complete game changer. We have a unique opportunity in history to put a bond measure up that will actually have a serious impact on connecting folks across the state of California.”

Other bills in the Legislature that aim to boost access to broadband include: