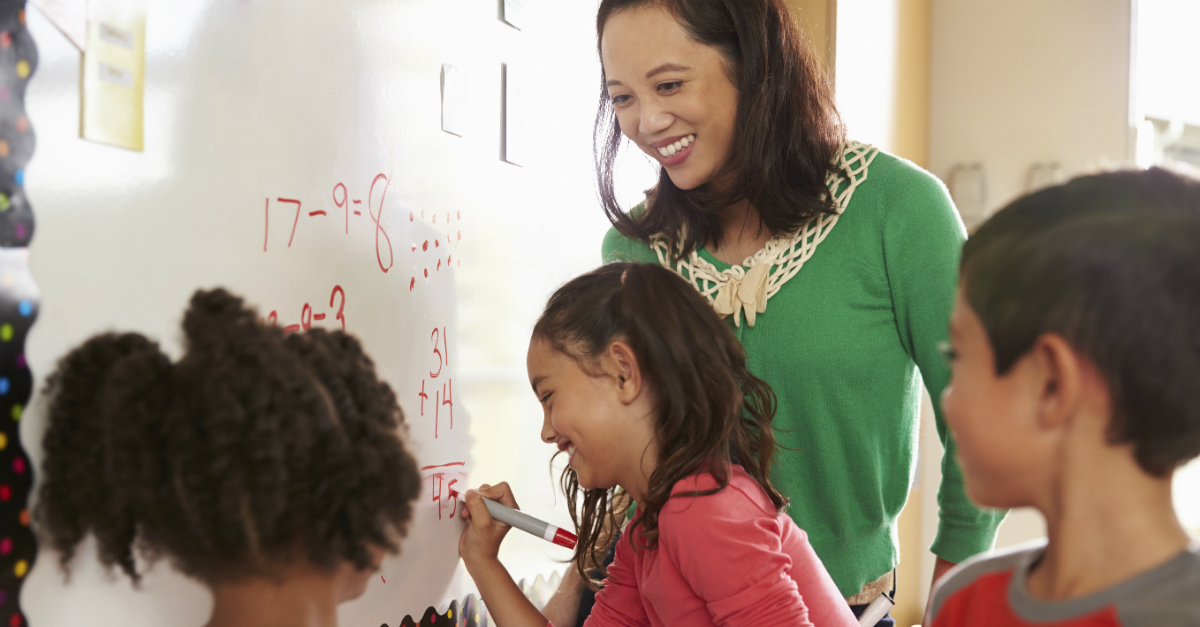 “A well-written framework is but one component to raising math achievement,” said EdSource editor-at-large John Fensterwald during July 28 webinar by the organization on California’s math framework.

Good teachers who foster positive mindsets, well-written materials that engage all learners and equal access to courses that prepare students for college and career paths are factors that can play a part in boosting academic performance, though they do not always exist, especially in high schools serving low-income, predominantly Hispanic and Black students.

With the adoption of the guidance document recently pushed to 2023 by the State Board of Education, the components of the framework, which has received an outpouring of feedback from members of the public and industry experts, was discussed by a wide-ranging panel of education professionals.

The framework is revised every eight years in accordance with state law. Conversations on rethinking guidelines in the current day have been centered around closing the racial and socio-economic gaps in achievement present in math education at every level.

“The pivotal stance [from the framework] is that all students are capable of accessing and achieving success in school mathematics,” said Brian Lindaman, co-faculty director of the Center for Science and Mathematics Instruction at California State University, Chico, who chaired the writing committee for the framework.

“When the ’98 framework came out it was the first time that each grade level and course had a list of standards that a teacher was supposed to cover … and a lot of teachers interpreted that to mean that they needed to cover standard No. 1, and then standard No. 2 and then standard No. 3 and that builds to what is called an instrumental understanding of mathematics. This belief that mathematics are these distinct, individual ideas that aren’t connected to one another,” Brown said. “What this whole idea of big ideas is about is thinking about mathematics in ways that cluster these kinds of standards together.”

Some criticisms of the framework brought up during the panel are that its length muddies its message and that it may be too ambitious as well as more clerical aspects such as reviewing citations to make sure works aren’t being misrepresented in the guidance.

Additionally, students need to be provided information on how the level of math taken in high school can impact their college years, particularly if they decide to enter a math-heavy field and didn’t take any advanced math previously, multiple panelists said.

With 70 percent of California students not meeting standards, Cole Sampson, administrator of professional learning and student support for the Kern County Superintendent of Schools, championed the ambitious stance.

“There should never be a situation where an arbitrary adult or arbitrary person can decide whether or not to pursue deeper mathematics,” Abernethy said. “In terms of equity, I would like to see acceleration opportunities that don’t involve tracking.”

This would remove mistracking for students like English  learners or those in special education who are put on a different track than they should actually be on, Abernethy explained. “I think that acceleration option should be detracked and it should be 100 percent family choice” as it allows for families to chart their students’ own path and creates diversity, Abernethy said.

For those who choose to incorporate the framework, teachers will likely require training.

“For many teachers, what we’re asking them to do with the framework, even with common core, was very different than the type of mathematics that they experienced, so it’s going to require teacher education programs [and for]mathematics courses to change what they’re doing to align to what the framework is calling for,” Brown said.

Abernethy further elaborated on the funding and supports that will be needed, saying “because it’s a recommendation and not a mandate, it’s not funded. A lot of the changes that people want to see in mathematics classrooms require money and coaches … Coaching and support is vital and that needs to be funded at the state level. There was very little money that was specifically released for STEM during COVID and there is learning loss that needs to be mitigated in mathematics.”

Kern County’s Sampson pointed out that many local educational agencies have already invested in professional development for aspects of the framework, but the “big ideas” piece on course connections will be new. Coaches and course developers will be needed as teachers won’t have the time to develop everything themselves.

Overall, the panelist agreed that the framework should be student-centered. If the framework brings equity, choice and options to K-12 students and brings more students into the math field, “then I’d say this framework is a success,” Sampson said.