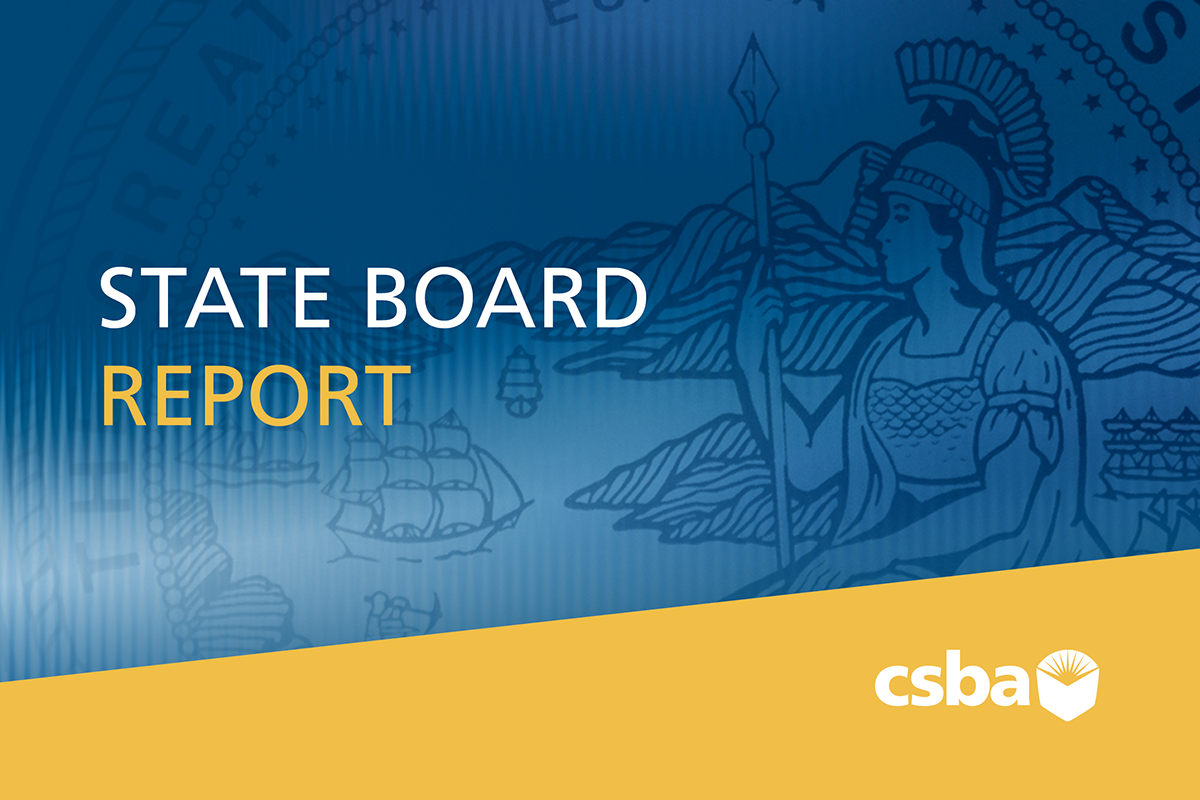 The California State Board of Education’s July 13–14 meeting included board approval of another delay in the state’s mathematics framework timeline and action on an updated accountability reporting template, as well as a deep dive into the history of the state’s current accountability system and a look at what’s next.

The state’s accountability system “really looks at providing the data needed for decisions to be made at the local level,” said board Vice President Cynthia Glover-Woods. “We’ve navigated away from the name-and-shame game … to a system that I’ll admit is complex. It’s more than a single number — it is really looking at all these different areas that help our school systems to know how our students are doing.”

During the California Department of Education staff update on the indicators, history and implementation of the state school accountability system, several public commenters expressed that the state’s school accountability tool, the California School Dashboard, sets too low the expectations for how many English learners should be progressing in proficiency each year. It also lumps students still learning English together with those who have achieved fluency in determining performance, many advocates said. A student is reclassified from English learner status to Fluent English Proficient (RFEP) status upon the student meeting all the criteria found here.

Echoing points brought up by commenters and fellow board members, Kim Pattillo Brownson suggested that in future meetings the board should examine what disaggregation of English learner data and reconsideration of cut scores for language proficiency may look like or accomplish in improving the accountability system.

“We’re going to want to look more at disaggregating our RFEPs and ELs, and to understand more [about] what our current data system does by aggregating those groups and also what are the opportunities for improvement in the future,” she said. “I think another issue [is] around the cut scores for ELPIs [English Learner Progress Indicator] and what sort of expectations we’re broadcasting in the future system.”

Board President Linda Darling-Hammond noted the importance of regularly reviewing California’s accountability system to ensure it is accomplishing its purpose.

“The goal of this system — as we think about where we are and where we might want to go — is to really represent what we think is important about education,” Darling-Hammond said. “It should represent our vision, and our philosophy for the ways in which people might understand and make progress in the education system to support children, to support educators, to support districts and to enable the system to be well-informed.”

The board also approved the 2021–22 School Accountability Report Card (SARC) template, which was modified to: (1) align with new state and federal accountability reporting requirements, (2) remove references to the COVID-19 pandemic statewide assessment requirements implemented during the 2020–21 school year, and (3) update the school years and fiscal years to reflect the date of the data collection.

Also effective with the 2020–21 SARC: the SARC web application and the “Find a SARC” webpage have been redesigned to enable the download of SARCs in over 70 languages. This new functionality has made it easier for schools to meet their legal requirement to translate their SARCs if 15 percent or more of the pupils enrolled in a school speak a single primary language other than English, CDE staff reported.

Approval of revisions to California’s draft K-12 Mathematics Framework was postponed as the Instructional Quality Commission continues to make edits based on the more than 900 comments submitted during the draft’s second 60-day public comment period that took place between March 14 and May 16. While the board was originally expected to hear a presentation of the draft framework and a recommendation for adoption, members instead approved revising the adoption timeline, postponing final action on the framework “to a future date in 2023.” The full timeline can be found here.

Proposed changes to the framework have been both highly anticipated and controversial, with experts on both sides of the issue regularly penning op-eds defending or criticizing various aspects of the document. This is especially true of the recommendation that Algebra 1 be delayed until ninth grade, which proponents say would eliminate the need to track students into accelerated programs in middle school and allow students to build a deeper understanding of concepts rather than a race through memorized skill sets. Simply racing through math courses to reach calculus too often results in a cursory understanding of the topic and can lead to student burnout, according to research. However, as critics have pointed out, delaying algebra until high school would make it more difficult for most students to ever take calculus, a prerequisite or preference for many competitive colleges.

Districts are not required to adopt the changes outlined in the framework, which is simply a guidance document. Once the final framework is adopted, local districts will still be able to decide when students take certain math classes.

The next State Board meeting is scheduled for Sept. 14–15, 2022. View the full meeting calendar.