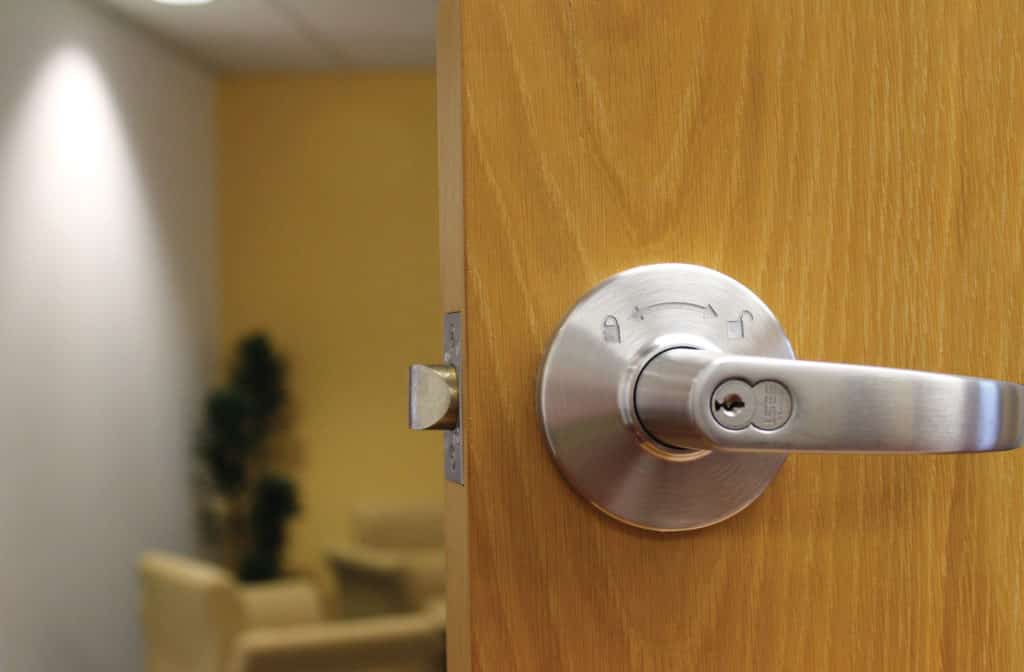 According to The Los Angeles Times, there have been more than 180 shootings on school campuses that resulted in an injury or death in the U.S. since December 2012, when 20 children and six adults were killed at Sandy Hook Elementary school in Newtown, CT.

Twenty-two of those school shootings have occurred in California since 2012. It’s clear that school shootings aren’t going away. Emotionally charged and complex issues surround the challenge of stopping or preventing school shootings. But one thing is crystal clear — we need to keep our students, teachers and administrators safe at school.

There’s no doubt that after a school shooting incident, parents, teachers, administrators, and elected officials believe that they must do something — anything — so they often turn to quick fixes such as barricade devices that they think are better than nothing. But that’s not the case.

Barricade devices may produce unintended consequences. This is particularly true in circumstances where students are locked in a classroom with the shooter, or when first responders are unable to get into a classroom to evacuate students during a shooting or fire. Likewise, a barricade device may keep a student trapped in a room with a bully, or result in a sexual assault scenario in which the victim cannot escape, or lead to additional unintended consequences.

As Joseph Bergant, superintendent of schools in Chardon City, Ohio — the site of a school shooting in 2012 — noted to AIA Ohio News, “In a lot of situations, people need to get out of the building in some capacity. There have been situations where kids have locked other kids in classrooms. I have huge anxiety with that. If the teacher is not in the room, what do you do? Somebody could barricade themselves in a room and kill everybody”

For these reasons, the Door Security & Safety Foundation (DSSF) launched the Opening the Door to School Safety: Lock Don’t Block campaign in 2016. The campaign explains the dangers of using barricade devices as a means of keeping students, teachers and administrators safe during a shooting incident. In fact, sometimes the door needs to be open for school safety, and sometimes it needs to be closed for security.

The centerpiece of our Lock Don’t Block campaign was a website and a video that explained the dangers of barricade devices that was deployed as part of a large social media campaign. The video included interviews with Guy Grace, Director of Security and Emergency Planning for Littleton Public Schools; and Brian Geraci, Maryland State Fire Marshal and board member of National Association of State Fire Marshals, who explained the dangers of classroom door barricade devices.

Other campaign elements included a tool kit with a white paper, fact sheet and a three-step classroom assessment guide which is detailed below.

Determining whether or not classroom doors in your school have code compliant locks is simple. The National Association of State Fire Marshals guidelines address door security devices, which are mandatory in many states as they are included as part of the International Building and Fire Codes and Life Safety Codes. They mandate that locking mechanisms should be able to do the following:

In 2018, we became more focused on the explosion of policy and potential building code changes that would permit barricade devices to be installed in school classrooms. To respond to these changes, we are monitoring federal, state and local legislation and getting proactively involved wherever we can. This is a challenging effort since many of these legislative attempts are buried in seemingly irrelevant bills. In some cases, lawmakers are attempting to circumvent the current building codes and use a back door approach that allows schools to install classroom barricade devices.

In California, lawmakers have adopted requirements for classroom doors to be lockable from the inside; with classroom security locks being the preferred function. These local guidelines are more stringent than the current model codes.

As we move forward with our Lock Don’t Block campaign, we look forward to collaborating with the members of the California School Boards Association to provide resources and awareness to ensure that we keep our children, their teachers and school administrators safe at school.