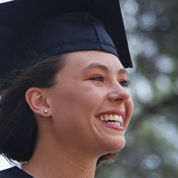 State Superintendent of Public Instruction Tom Torlakson had some good news for the California public education community: more students are earning high school diplomas and fewer are dropping out.  According to the latest figures from the state’s new data system, which tracks progress of individual students rather than using aggregate numbers, 78.5 percent of students who entered high school as freshmen in 2008-09 graduated with their class in 2012—up 1.4 percent from last year.

Although an achievement gap still exists between African American and Hispanic students and their white and Asian classmates, graduation rates for black and Latino students made the biggest year-to-year gains.

Graduation rates for African American students are still among the lowest for any student subgroup, but they showed the most dramatic year-to-year improvement—jumping 2.9 percentage points to 65.7 percent. Rates for Hispanic students also improved; 73.2 percent graduated on time, up 1.8 percent from the year before.

“The data released by the California Department of Education is cause for celebration and a testament to the team effort of school board leaders, administrators, teachers, staff, parents and community partners.  Through our collective leadership and dedication, we are improving student graduation rates and are making progress in closing the achievement gap.  By establishing sound policies and demonstrating local leadership, board members are creating the conditions that support improved student attendance and better graduation rates,” explained Cindy Marks, CSBA president.

California educators have also kept more of their students in school; 13.2 percent of students who entered high school in 2008-09, were counted as dropouts, down 1.5 percent from 2011.

African American students had higher dropout rates; 22.2 percent of black high school students failed to graduate on time, down 3.1 percent since last year. Latino dropout rates were also higher than the state average; 16 percent of these students dropped out, 2.5 percent fewer than in 2011.

Though the numbers are “disturbing,” Torlakson said, he is encouraged by the improvements in both graduation and dropout rates.

“Obviously we have a long way to go,” he said. “We want to work toward a state average of 80 to 90 percent of our students graduating on time by 2020 and we would like to see the achievement gap close.”

Speaking at a teleconference Tuesday, Torlakson and a number of state education leaders and the department’s top number crunchers celebrated the positive news and reaffirmed their commitment to improving rates for Latino and black students. Torlakson praised teachers, administrators and school boards for tackling the hard work of keeping students engaged and motivated to earn their high school diplomas—even as education leaders struggled to maintain essential services in the face of “round after round devastating budget cuts that created chaos” for public schools in recent years.

“Despite all of this, we’ve seen schools focus on improving instruction and helping students succeed,” he said.  David Gomez, past president of the Association of California School Administrators—who appeared with Torlakson at the conference—said the community school model of providing health, psychiatric and social support to students and families is key to helping students succeed. “It’s important that students really feel part of the school community,” he said. “We need to help them build relationships.”

Torlakson said educators must identify students at risk of dropping out as early as possible and must also focus on the problem of chronic absenteeism. In some urban districts, he said, as many as 19 percent of students could be defined as chronic truants. “Without intervention,” he said, some students can lose up to a year of instruction by the time they are in eighth or ninth grade because they are so often absent.
View an archived version of a CSBA webcast, Curbing Chronic Absence, to learn more about strategies designed to keep kids in school. CSBA has also compiled extensive resources about creating community schools by collaborating with local service providers to integrate support for students and featured the topic in a cover story, “It takes a village,” in the 2012 issue of California Schools magazine.