Statewide and local efforts to support healthier schools and students have blossomed from Humboldt to Imperial Counties. These efforts are bearing fruit today. California school districts are approving and implementing increasingly innovative wellness policies and practices.

While the survey makes no claims to be fully representative of California’s thousands of schools, the information supplied by these school leaders was fascinating. Half of them reported active school gardens, and less than one in 20 reported still having sugary drinks available during the school day. For context, as recently as 2004, 88 percent of U.S. students reported having access to sugary drinks in their schools and 83 percent of high school students nationally were in schools with contracts with soda bottlers according to national “Bridging the Gap” studies.

Over half reported working to promote walking or biking to school. While access to drinking water in the cafeteria was high, following new national requirements, one in four schools still did not meet California’s already low state standards. Those standards are one drinking fountain per 150 students. Almost half were below the standard of one fountain per 100 students used in most states (particularly in high schools). One key obstacle to meeting established standards was funding for maintenance and new fountains.

Meanwhile, sports drinks (in 18 percent) and sweetened flavored milk (70 percent) were still widely available. Only half of the administrators reported having an active wellness committee — which also suggests that respondents were not limited to schools that were prioritizing wellness.

A quarter of the schools reported that the availability of physical education had improved in the last five years, and four in 10 that physical activity offerings had improved.

These school administrator’s top wellness concerns were mental health, nutrition, bullying and physical and education/activity, in that order. When asked what technical assistance they would like, school administrators listed engaging parents as their top priority, followed by support for mental health. They also wanted help training teachers in leading physical activity. Most had wanted to include some aspect of school wellness in the new Local Control Accountability Plans and a third had done so. Many administrators also described additional innovative practices and policies they were working on such as expansion of recess, hydration stations, workplace wellness for staff or training classroom teachers to lead physical activity breaks.

One problem identified was that California’s outdated legislation on water needs to be upgraded and many students still do not have sufficient access to safe drinking water.

This progress reflects efforts to create more healthful school environments that have been underway in California for decades. While wellness policies driven by the USDA’s school food program rules have focused on nutrition and physical activity, broader coordinated school health efforts are still needed. Recent years have seen increased attention to the issue and related statewide efforts, grassroots initiatives and advances in federal rules. Project LEAN, for example, has long provided support to successfully to improve the school nutrition and physical activity environment and to engage parents and youth as advocates for healthier schools . Yet many of the needed changes are far from fully scaled up. We still need to reach all schools to assure healthy food environments and physical activity for kids.

In particular, the childhood obesity epidemic is far from vanquished. While rates have stopped increasing as fast, and have fallen slightly in some communities, we still have a long journey till our kids are back at the healthy weights typical of the 1970s.

This will take continuing leadership and investment. California school boards can be proud of their progress but it’s no time to rest on our laurels. 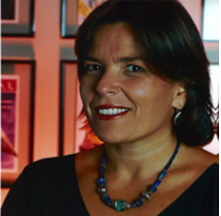 Dr. Lynn Silver is a pediatrician and director of Project LEAN. She is also a senior advisor for chronic disease and obesity  at the Public Health Institute in Oakland, Calif.