Starting Jan. 1, 2016, school districts across the state could be called upon to develop and adopt a fair, objective and transparent mathematics placement policy for all students entering 9th grade.  Under legislation currently awaiting Gov. Jerry Brown’s signature, districts would have until the start of the 2016-17 school year to adopt a policy if they have not done so already.

One would think that this policy is not needed. The problem is that it is. The ratified legislation — Senate Bill 359 by Sen. Holly Mitchell, was born of the need to ensure that our successful kids are not held back unfairly by math misplacement. This practice occurs when a student is held back in mathematics despite having achieved a “B” or better in the previous course or having met or exceeded California standardized assessments. A report by the Noyce Foundation in 2010 found that math misplacement disproportionately impacts Latino, African American and Filipino students, the same demographics that are vastly underrepresented in the fields of science, technology, engineering and math, collectively known as STEM. Further studies by WestEd, the Lawyers’ Committee for Civil Rights of the Bay Area and Silicon Valley Community Foundation found that math misplacement is a common practice and that because of its disparate impact on our students of color, school districts can be liable at the state and federal level.

“When students are unfairly held back in math, consequences can be serious.  Not only does it affect students’ interest and ability to move on to higher level math courses, it also undermines their confidence to pursue a college degree or career in STEM.”

Understanding the need to address this disturbing practice, the California School Boards Association partnered with Silicon Valley Community Foundation (sponsors of SB 359) to build a broad and diverse coalition of support for this bill. As CSBA Executive Director Vernon Billy and Silicon Valley Community Foundation President and CEO Dr. Emmett Carson stated in a San Jose Mercury News joint op-ed: “When students are unfairly held back in math, consequences can be serious.  Not only does it affect students’ interest and ability to move on to higher level math courses, it also undermines their confidence to pursue a college degree or career in STEM.”

Thanks to the support of an overwhelming majority of state legislators and partners in the tech, business, education and social equity communities, SB 359 is on the Governor’s desk. While many individual school districts were involved in supporting the passage of this bill, there is still work that needs to be done to raise awareness about the problem of math misplacement and SB 359’s requirements.

In the months ahead, school districts, superintendents and other school officials should take steps to understand SB 359’s requirements and the steps they need to take to ensure their district provides a framework for all its kids to succeed. The CSBA has been a significant partner in this effort and can serve as a resource to districts that have questions about this issue or would like more details on SB 359. 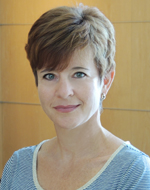 Gina D. Dalma is Special Advisor to the CEO on Public Policy at the Silicon Valley Community Foundation