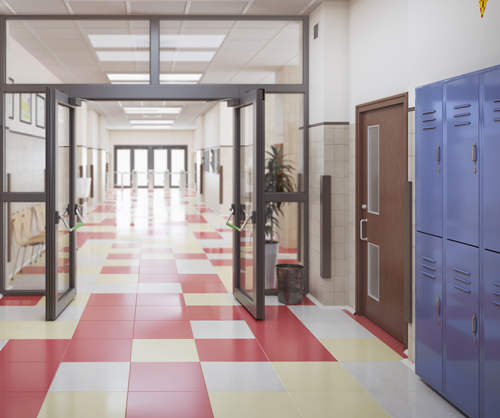 As the keeper of student records, districts often receive requests from former students and parents/guardians for transcripts, diplomas and other past student records. A new law, Assembly Bill 711 (Chiu, D-San Francisco), aims to help former students and parents request changes to these records, including changes to the student’s name and/or gender. Districts are required to update the records of a former student who submits a written request or government-issued documentation of a name and/or gender change.

Although students have always been able to make requests for corrections in their student records, AB 711 explicitly outlines the responsibility of California local educational agencies to update the records of former students who identify as transgender and have transitioned after leaving the K-12 education system. Ensuring their legal name and gender are accurately reflected on critical documents such as high school diplomas and transcripts can be crucial for a student’s success post-graduation. Allowing transgender students to correct student records to match their preferred name and/or gender removes a significant barrier for employment, housing and continued educational opportunities. Students who present documentation with conflicting names and/or genders may face discrimination and unintentional disclosure of their transgender identity. Districts and schools can aid in students’ post-graduation transition by ensuring they have the correct documents to succeed.

“Deadnaming — referring to someone by the name they were assigned at birth, instead of their chosen name — does real harm to our transgender and nonbinary communities. When a trans or nonbinary person has their deadname listed on official documents, like high school transcripts, it can inadvertently ‘out’ them and put them at risk of discrimination or harm,” explained Nicole Restmeyer, legislative aide to Assemblymember Chiu. “That’s why having a clear and easy process for school districts to use when revising educational records is important — so people have access to educational records that accurately reflect who they are.”

Requests for changes to student records can be made by adult students or the parent/guardian with legal custody of a student. An adult student is a person who is or was enrolled in school and who is at least 18 years of age. Parent/guardian means a natural parent, an adopted parent, legal guardian, surrogate parent or foster parent. Custodians of records should also note the important privacy protections that student records contain under the Family Educational Rights and Privacy Act (FERPA) (20 U.S.C. § 1232g; 34 C.F.R. §§ 99.00 et seq.). Disclosure of a student’s gender and/or name change, or requests to change records by the custodian of records, is explicitly forbidden.

Any parent, guardian or adult former student who submits a request to change the legal name and/or gender on the student’s records but is unable to provide any government-issued documentation demonstrating the legal name and/or gender change may request a change through the process for challenging the content of a student record described in CSBA’s sample Administrative Regulation 5125.3 – Challenging Student Records. Districts should consider granting the request.

In developing or revising board policies about changes to student records, boards are encouraged to review CSBA’s updated sample AR 5125 – Student Records.