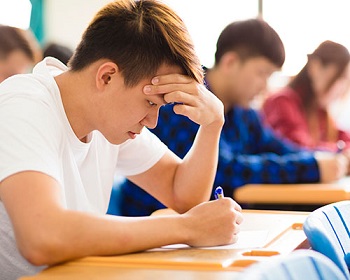 Alternative schools typically have lower graduation rates than traditional campuses, are often expensive and challenging to operate, and rank lower on accountability measures than more conventional schools. However, researchers find that shifts in district and county office of education practices and policies can contribute to improving outcomes for students enrolled in these schools.

Whether alternative schools are in a separate facility or campus or operate in an alternative setting housed within a traditional school facility, authors of the new guidance conclude that addressing the challenges students in these programs face can improve both student and district outcomes.

“Alternative schools account for a small but high-impact percentage of the student population in most traditional public school systems and typically represent the highest concentration of students least likely to graduate,” the authors write. “Alternative schools typically have the lowest accountability ratings among the schools of their host district and often represent a significant expense relative to the number of students served and the number of graduates produced. If districts can improve the student outcomes of their alternative schools by making those schools more efficient and effective, they are likely to achieve significantly higher system-wide graduation rates and system accountability ratings.”

The guidance is organized into five domains comprising 32 focus areas that governance teams should consider if they want to improve their existing alternative schools. Each focus area includes guiding questions about the types of services available and policies that apply to students in alternative schools and programs.

The “Governance, Practices, and Polices” domain, for instance, includes 10 focus areas that address issues such as exit and completion, program flexibility and options, and program evaluation. Board members focused on exit and completion should consider whether students are incentivized or motivated to return to their home schools or complete their alternative program. When examining areas like flexibility, policymakers should ask whether the school’s structure, policies and practices allow sufficient flexibility and options to accommodate the circumstances and challenges of at-risk students.

There were close to 800 public alternative schools across the state in 2017, according to the California Department of Education. A report released that same year by Policy Analysis for California Education found that 10 percent of students enrolled in an alternative high school at some point between the 10th and 12th grades. Researchers, however, noted that enrollment numbers likely fluctuate, as many students in alternative schools come after the enrollment census in October and leave throughout the year.