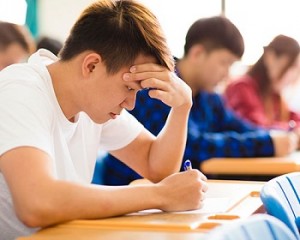 California placed fifth in the nation in the percentage (28.5 percent) of graduates who scored at least a 3 out of 5 on an AP Exam during high school—an increase of nearly eight percentage points since 2006 (20.6 percent).

“I applaud and congratulate these outstanding students, their schools and families,” Torlakson said. “It’s important to recognize that more students are taking very rigorous, college-level courses and more of them are succeeding.”

In May 2016, California public and private school students took a total of 743,280 AP exams. Of those, 429,652 resulted in a score of 3, 4, or 5. According to the College Board, these scores represent an estimated 1,288,956 college credits and a potential cost savings of $401,548,463 for California students and their families. California experienced more than 6 percent growth in the number of AP exams taken and 5 percent growth in the number of AP Exam scores of 3 or higher.

Success in AP courses is one measure of pupil achievement, which is one of eight state priorities addressed under the new Local Control and Accountability Plan.

More information on the operation of the College Board‘s AP program in California, please visit the CDE AP Web page.