Public servants must regularly disclose under the penalty of perjury their financial interests, so their decision making can be weighed against their own self-interest. And every locally elected or appointed board, council or commission is prohibited from entering into a contract that may financially benefit one of its members. These elementary rules of engagement have been legislated to protect the public from decision makers putting their self-interest above the public interest they have taken the oath of office to serve.

Whether charter school boards and board members are subject to these elements of good governance has for years been the subject of dispute. The dispute has been prolonged by three vetoes, two by Gov. Jerry Brown and one by Gov. Arnold Schwarzenegger, of legislation which would have brought clarity to this issue. In 2014 and again this year, Governor Brown vetoed legislation that would have expressly applied to charter schools the Brown Act, the Public Records Act, the Political Reform Act and the prohibition against entering into contracts that would benefit a member of the board, Government Code Section 1090. The legislation would have provided the public the opportunity to track potential financial influences on charter school officials and prohibited self-dealing in public contracting. Unless an authorizer takes these issues on during the petition process, charter schools have essentially been given a pass of practicing good governance by the executive branch.

Without state action, the control over who is truly operating each charter school rests with those elected or appointed to make sure the corporate governance that is being practiced is done to benefit students, instead of those adults in it for their own financial gain.

Charter schools that are open and accountable to the public, and that are providing a meaningful education to students, are an indispensable part of California’s public education system. Unfortunately, some are taking advantage of the lack of transparency to short change taxpayers and students. For example, one operator is gifting public funds by paying a “founders fee” to parents who recruit other students to attend their school. Some charter school operators are without informing their authorizer, turning to “for profit” out-of-state corporations for back-office services. The number of individuals managing charter schools while being directors and/or employees of other corporations involved with those charter school as vendors, including serving on boards with a “sole statutory” member who controls the appointment of the board of directors, is increasing. This raises a legitimate question about whether individuals obtaining salaries from several charter schools, unbeknownst to their authorizer, is burying the public interest of educating children below the private interest of getting rich at their expense.

Since 1999, charter schools have been able to organize in California as nonprofit corporations. Non-profit corporations have to annually file an informational “tax return,” a Form 990, with the Internal Revenue Service. Form 990 discloses a variety of information about the corporation, including the names of officers and directors and their compensation, the compensation of the highest paid employees, the top revenue sources and expenditures and their assets, including interests in real property. However, for-profit corporate vendors that are squeezing into California’s charter school market have no such informational reporting requirements. This enables individuals who may otherwise have to disclose their compensation on a Form 990 to keep it behind the shield provided by the tax code to for-profit corporations.

Three districts in southern California have had enough. By filing a lawsuit in San Diego County, they have exposed individuals who are occupying positions and receiving salaries from several corporations at once. The method of these individuals is clear: get as many petitions approved without identifying the corporations and the people they are involved with that may end up involved with operating the charter school. This scheme becomes problematic when the non-profit corporation that is supposed to “operate” the school later becomes controlled by another corporation, and then that corporation farms out whatever services they can to yet another nonprofit or for-profit corporation operated by many of the same individuals connected to the petitioner. What also has become problematic is when a charter school transfers a percentage of its revenue to another corporation for ill-defined “management” and/ or “administrative services.” As a result, the executives of these interlocking corporations are able to receive compensation from each school that overall will exceed the salary of comparable staff positons paid by their authorizer. And it’s not uncommon for these positons to be filled by friends and family without ever advertising or taking an application for the position.

But that’s not all. It’s not uncommon for charter schools, especially new charter schools, to have cash flow problems. To remedy this situation and to further feather the nest of those benefitting from creating a maze of interlocking corporations, the operator assigns its rights to the state funding received by the charter school to a for-profit corporation in exchange for bridge funding during the fiscal year, whether they need it or not, before the state funds have arrived. The result of this funding scheme, which comes at a high cost to taxpayers, is the reduction in tax dollars spent on students. The reduction of per-pupil spending can be significant and is being pulled off by those whose motive is clear: to benefit themselves by dipping into the public revenue stream of every charter school they have established.

The failure to expressly subject charter schools to the elements of good governance required of school boards, especially the law that prohibits executing contracts benefitting a public official, has contributed to for-profit corporations infiltrating California’s charter schools, often without the knowledge of the authorizer. Because of the unbridled opportunity to “earn” excessive compensation far in excess of one’s labor, this scheme is bound to proliferate until it is stopped. In the meantime, school and county boards and the State Board of Education when hearing petitions on appeal, must thoroughly vet each petitioner.

In addition to seeking legal remedies, another way for authorizers to respond to the state’s failure to regulate the self-interest of charter operators is to require petitioners to identify every charter school they or the corporations they either control or have an interest in and to disclose all the compensation they receive from both public and private sources for operating these schools. Also, each school’s academic performance history and graduation rates when applicable, should be disclosed. Without state action, the control over who is truly operating each charter school rests with those elected or appointed to make sure the corporate governance that is being practiced is done to benefit students, instead of those adults in it for their own financial gain. 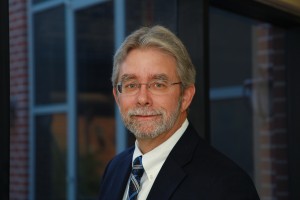