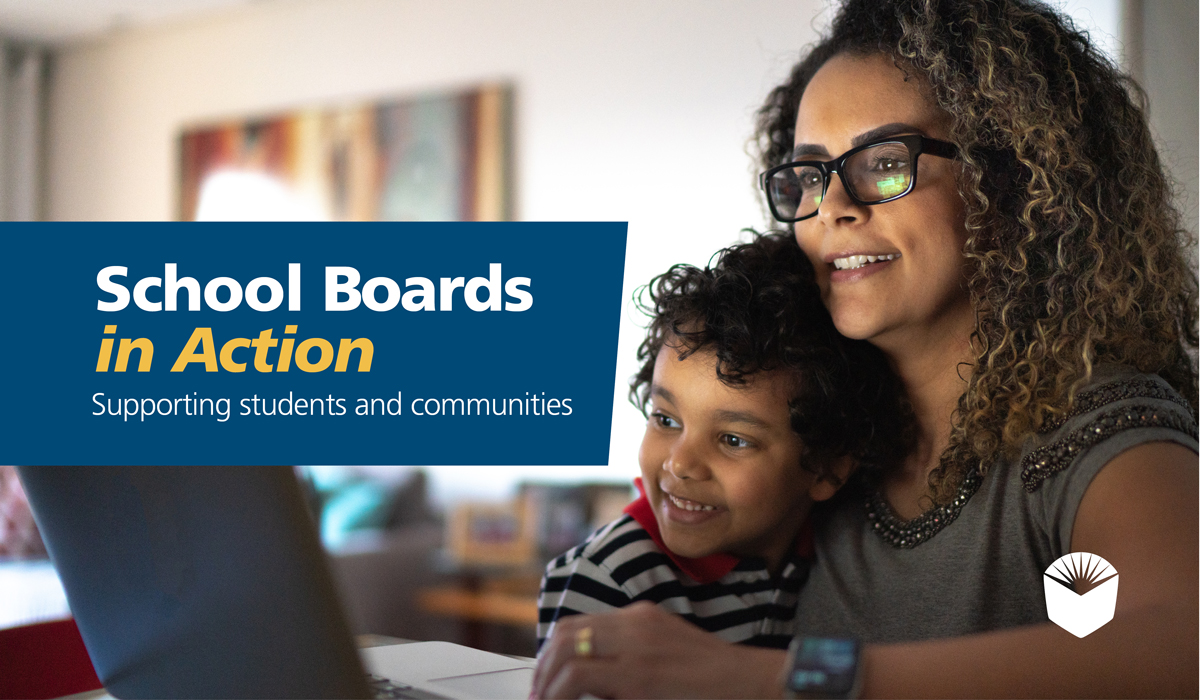 Up and down California, local educational agency boards are working tirelessly to make sure students can safely return to campus as quickly as possible in areas that are still in distance learning, and have everything they need to be academically, social-emotionally and physically supported — no matter which mode of learning they are in.

Some breathed a sigh of relief while others expressed exhaustion, arguing that it shouldn’t have taken a historic wave of protests against police brutality and racism or felt like a surprising outcome given the video of Floyd’s final moments taken by then 17-year-old Darnella Frazier. And for those who’ve lost friends or family at the hands of police and not seen someone held accountable for the death of their loved one, the day was one of emotions ranging from grief to hope.

About 1,500 miles west in California, the announcement of the verdict produced a wave of statements from school board trustees and superintendents acknowledging that while the result of the trial provides some closure, the issues of violence, bigotry and systemic racism persist, as demonstrated by the recent deaths of Daunte Wright and 13-year-old Adam Toledo.

“The struggle for justice … shouldn’t be a struggle. But it is. That said, today’s verdict is a step in a just direction,” Campbell Union School District Trustee Richard Nguyen tweeted.

“Today’s verdict is one important step in our country’s much-too-long arc towards justice,” tweeted Los Angeles Unified School District board member Tanya Ortiz Franklin. “May we all work together to dismantle white supremacy and replace institutionalized racism with love and justice so that our children thrive in a world where #BlackLivesMatter.”

“We respect that each person will process today and recent current events through different and unique life experiences, and we have no doubt that everyone wants restoration, healing, and the prevention of further harm to anyone, in any way,” Central USD Superintendent Andrew G. Alvarado tweeted. “As a result, we want to provide the best support to our students and resources to create and facilitate the space needed to process today’s verdict and the events of the past year.”

Central USD was one of numerous local educational agencies that quickly reassured students and families that the difficult conversations and focus on diversity, equity and inclusivity would continue, and to provide additional resources and extend support to staff, families and their local communities.

Santa Clara USD, Kern County Office of Education, Santa Monica-Malibu USD, Hayward USD, Sonoma COE, Alameda COE and San Leandro USD were among many LEAs to include in their poignant statements mental health resources and information on how to discuss racial injustice with children of all ages.

Floyd’s death and the subsequent protests nationwide prompted many Americans, including educators and school administrators, to examine their own biases. Some districts reevaluated relationships with school police, reflected on the ways in which racism plays out on campus, or refreshed reading lists and curriculums with an eye toward diversity and inclusion.

In a Forbes column published the day after the verdict was announced, California State Board of Education and Learning Policy Institute President Linda Darling-Hammond provided a sobering reminder that hate-motivated speech, discrimination and violence are also relentless realities for Black, Latino, Native American, Asian and LGBQT people, as well as for Muslims, Jews and members of other minoritized religions. However, she noted, this kind of hate is a learned behavior and, as such, can be combatted with education.

“Within and beyond the classroom, each of us has a sphere of influence to help change the culture of fear, hate, and violence in which we are currently immersed,” Darling-Hammond wrote. “Collectively, we have influence to change the structures and policies that hold oppression in place within our school systems and in our society more broadly. By speaking up, and not standing by, we can create a society in which every person is valued, safe, and finally able to realize the American dream of life, liberty, and the pursuit of happiness in ways that allow everyone to pursue that same dream.”