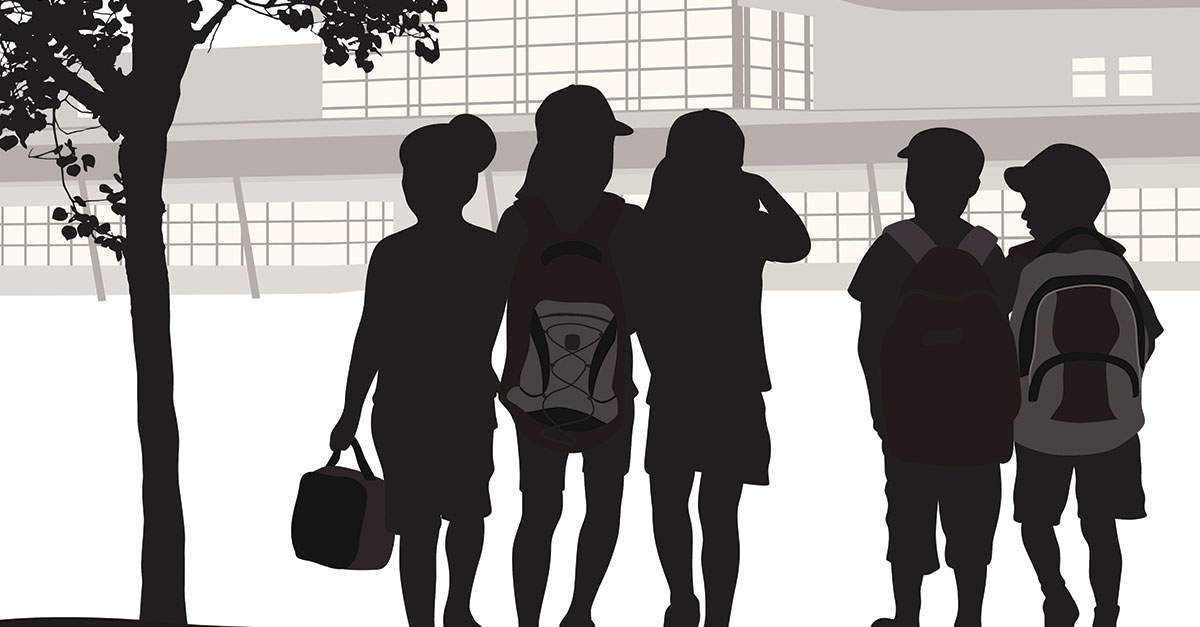 A new report finds that more than 400,000 K-12 students in California attend a school that has a police officer on site but not a school counselor — reflecting critical gaps in staff essential to student health and well-being.

Based on analysis of newly available federal data, the report from the American Civil Liberties Union found that police officers outnumber nurses, social workers, psychologists and nurses at school sites by wide margins . Nationwide, there are 1.7 million students attending schools with police officers but no counselors. In another example, there are 3 million students in schools with police patrolling the halls but no nurses. Driven by fears of high-profile but rare school shootings, nearly half of public schools nationally have law enforcement on campus, up from about 1 percent 40 years ago.

California has matched these trends as well or outpaced them. The state’s student-to-counselor ratio is 682-1 compared to the recommended 250-1, and is among the highest counselor caseloads nationally. California also has more school security guards  than nurses and averages about one nurse for every 2,370 students. Meanwhile, the need for student health support staff is increasing, with students reporting high-levels of depression, trauma and other mental health issues.

In a statement included in the study, the Association of California School Counselors said, “This report draws an important correlation between inadequate staffing of credentialed, school-based mental health service staff, and the damaging effects to our children and youth. We must ask, “Is it even possible for school counselors to know the face, name, and story of every student if their case load is 600+?”

But the ACLU report stressed that many health and guidance gaps remain stubbornly in place, and most directly impact students of color and students with disabilities. “Schools are under-resourced and overpoliced,” the report said. “Many under-resourced schools rely on police rather than teachers and administrators to maintain discipline.”

The ACLU pointed to the adverse effects of this discipline on the campus climate, with African American, Latino, and special needs students arrested or given referrals at higher levels than white or Asian students. In one finding, African American girls were arrested or referred at six times the rate of white girls. Similarly, schools with police officers had higher levels of arrests than those without a police presence. The ACLU said there is no evidence these arrests and presence of police improve school safety.

However, CSROA Executive Director Wayne Sakamoto said it is important to differentiate between California and other states. “Because of how we do business, it is like comparing apples and oranges,” he said, citing CSROA training that uses arrests as only a last resort. “Our school resource officers, in general, are well-trained in prevention and intervention. They are on campus to build a positive culture through their friendly interactions with students, staff, parents and visitors and to assist with helping at-risk students find a positive path. They are a team member and can identify students in distress or need for services and quickly refer to counselor, social worker, nurse or psychologist.”

The increasing role of police on campus comes as many California school districts have turned to law enforcement — often with the help of federal grants — as a stopgap solution for school safety at a time of limited resources. Funding shortfalls in California have compound these issues with districts statewide facing drastic budget cuts due to soaring pension obligations, low-levels of state funding, and other challenges. The Oakland Unified School District, for example, recently enacted $20 million in budget cuts and may axe its well-regard restorative justice program that centered on teaching conflict resolution.

“What we see too often is school districts are forced into difficult choices because they lack the resources to adequately invest in school safety,” CSBA Communications Director Troy Flint said.

Cops and No Counselors; How Lack of School Mental Health Staff is Harming Students