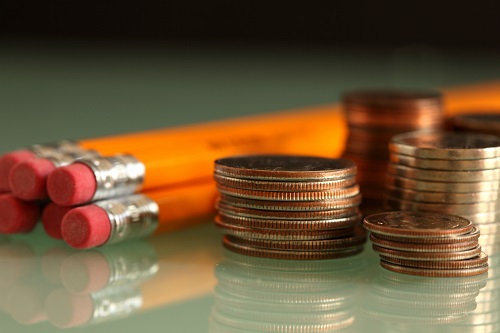 Several years of sustained spending increases improved student outcomes, but cost pressures in schools affect the efficiency of funding, according to new research from the Public Policy Institute of California.

The past couple years have seen unprecedented levels of one-time federal aid and the state’s funding formula is more equity-focused, so there’s a lot of promise, explained Julien Lafortune, PPIC researcher and lead author of the report. However, at the same time, factors such as changes to state pension systems and rising employee benefit costs have required districts to direct a larger share of their budgets to these areas.

“Around the same time as [the Local Control Funding Formula was adopted] there was a gradual increase in what districts have to contribute towards pensions for teachers, and that basically a little more than doubled since 2013,” Lafortune said during a May 24 briefing on the study. “And when we add up the numbers there based on district staffing expenditures, and we look at the total increase we’ve seen in spending since 2013 to just before the pandemic, we see that about 25 percent of that is essentially crowded out by recent pension contributions. As we’re seeing this increased spending, that doesn’t necessarily mean districts are one-to-one, dollar-to-dollar translate this into additional resources for students.”

(CSBA has been working with legislative partners in both houses to push for non-Proposition 98 funds to alleviate these costs and will continue to advocate as the budget cycle moves forward. Read more about the issue here and ask the Legislature to include pension relief in this year’s budget.)

California schools have seen a significant influx of state and federal funds which have been provided to local educational agencies to help schools respond to the COVID-19 pandemic and provide supplemental supports and services. The K-12 system has more financial capacity than at any point in its history, according to the PPIC report. However, despite this expanded fiscal capacity, LEAs have faced an array of challenges including school closures, reduced instructional time and uneven access to remote learning among students, leading to lower test scores, widening disparities across racial and income groups, and higher rates of social-emotional distress.

Lafortune notes that much of the increased funding provided to schools since the onset of the pandemic has been on a one-time basis — “Federal COVID stimulus funds must be spent by 2023–24, and many one-time state programs may subside in the coming years, especially if the budget retreats from record highs,” he wrote.

Though research is limited on the efficacy of limited-duration spending increases, studies have found that when school spending increases are sustained for several years, schools see positive effects. So even though state and federal stimulus dollars have helped LEAs maintain operations and provide safer learning environments, “additional academic gains may crucially depend on whether schools prioritize investments that may have long-term returns, how spending is phased in and out, and the extent to which schools persist with the increased services provided.”

There are many challenges facing districts as they look to translate increased funding into improved student outcomes. As the report highlights, district costs are rising faster than state funding and the cost of living; staffing shortages can limit how well funding translates into better services in and beyond the classroom; and declining enrollment has placed fiscal pressure on many districts. This imposes both immediate and long-term challenges, and districts are going to have to make tough decisions surrounding programming options, school closures and more, Lafortune said.

And what would it take to close achievement gaps through increased funding? Pointing to eighth grade English language arts test scores, Lafortune said data from 2018–19 show that over two-thirds of higher-income students met standards, compared to a little more than a third of low-income students — and such gaps have existed for decades.

It could take between $7,200 and $10,200 more for low-income students annually for eight years to close test score gaps of this size. Currently the extra funding allocated to low-income students is at most 11 percent this amount, according to the report. Put differently, holding all else equal, it would take at least 70 years to close income or achievement gaps at the current funding.

Increased funding is critical, but so is targeting spending. Depending on how funding is targeted across students and schools within the same district, policies that direct additional funding to districts based on the number of disadvantaged students enrolled may not fully address gaps in spending and student outcomes. In California, available federal data suggest districts spend more at high-need school sites, but less than if districts fully targeted funds based on the amount generated at a specific school site, Lafortune wrote.

He concludes that while most school spending research considers student test scores, graduation and college attendance, these factors may not reflect the full benefits of typical spending or investments in other areas, such as student attendance, mental health and social-emotional learning. As schools continue to be asked to play larger roles in supporting students’ overall wellbeing, future research should seek to examine how spending in these areas impacts outcomes.