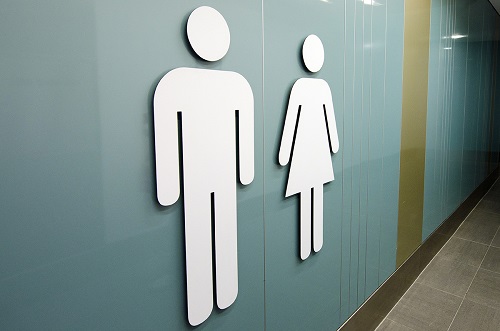 A recent national survey of 1,000 teen girls ages 13 to 19 found that many have missed school because they lacked access to menstrual hygiene products. This was especially true among low-income students.

The study, conducted by Harris Insights & Analytics on behalf of Period. and Thinx Inc., found that found one in five teenage girls surveyed said they couldn’t afford to purchase menstrual hygiene products. One in four respondents said they had missed class because they didn’t have access to tampons or pads. More than four in five said that the lack of access to period products is an issue that is not talked about enough.

While poverty plays a large role in access to obtaining these products, the study showed there also remains a cultural stigma around menstruation that causes embarrassment and feelings of shame for some girls. For instance, 80 percent said they felt there is a negative association with periods — that they are gross or unsanitary — so it is perhaps unsurprising that 71 percent reported feeling self-conscious on their period, and 69 percent said they feel embarrassed when they have to bring period products to the bathroom.

To combat the issue of access and barriers caused by stigma, Berkeley Unified School District last year approved a policy requiring all middle and high schools to stock free menstrual products in girls’ and gender-neutral bathrooms. The district also required all elementary schools to stock these products in at least one girls’ or gender-neutral bathroom.

“Not having access to menstrual products is an experience that universally is experienced by females for far too long and throughout the world,” said Berkeley USD Board President Beatriz Leyva-Cutler. “We actually had a Berkeley High student bring this to our attention. Rachel Alper wrote an inspiring commentary article on the issue, and it wasn’t too long after it came out that our district wanted to also address this.”

The board’s policy subcommittee pointed to a national survey which found that 86 percent of respondents had experienced starting their period unexpectedly without the supplies they need, and noted that K-12 students in such a scenario often miss or leave school because of the lack of access to menstrual hygiene products.

In adopting the policy, the board also acknowledged that while many, if not all, Berkeley USD schools stock free menstrual products in the school office or health center, providing access to tampons and pads in the restrooms means students won’t have to face the traditional embarrassment of asking for supplies. Additionally, they said it would reduce tardiness or absences for students on their periods, and ensure that students who cannot afford to buy menstrual products will not go without such basic necessities while at school.

Rachel Alper, the student who made stocking her district’s bathrooms with free menstrual products a cornerstone of her junior class vice presidency campaign and brought the issue to the board’s attention, said she had been frustrated by the lack of access since middle school.

Since the dispensers were installed, Alper said she has seen firsthand how students have benefited.

“Before the machines I would see girls waiting inside the bathroom asking every girl who came in if they have a tampon, and usually the response was, ‘no, sorry,’” explained Alper, now a senior at Berkeley High School. “I’ve seen people use the machines — I remember during one of the breaks in the SAT a girl asked if I had any menstrual products and I was able to tell her, ‘actually, they’re on the second floor of this building.’ Imagine starting your period while taking the SAT. What are you supposed to do? I would love to see this to become a statewide thing. I think all schools should have this.”

California working toward a solution

Berkeley’s policy goes above state requirements, which as of 2018 call on all schools serving students grades six through 12 where at least 40 percent of youth live below the federal poverty rate to stock half of the school’s restrooms with free menstrual hygiene products.

To help districts mitigate the ongoing associated costs, CSBA released a policy article noting that schools could consider partnering with local nonprofit and student organizations to help fund the purchase of pads and tampons,  involving students in donation drives or asking for corporate donations to purchase the products.

Additionally, it’s important that schools be mindful of transgender and non-binary students who may also experience menstruation and need access to products that may not be accessible based on their access to restroom facilities, according to the brief.

To further cut back on economic barriers to access, Gov. Gavin Newsom repealed the luxury tax on menstrual hygiene products as part of the 2019–20 budget. The exemption will only last from 2020–22. Advocates have long argued that menstrual products are a medical necessity, and that while a tax that adds just 50 cents to a $7 box of tampons doesn’t sound like much, it adds up over the approximately 450 periods one can expect in their lifetime.