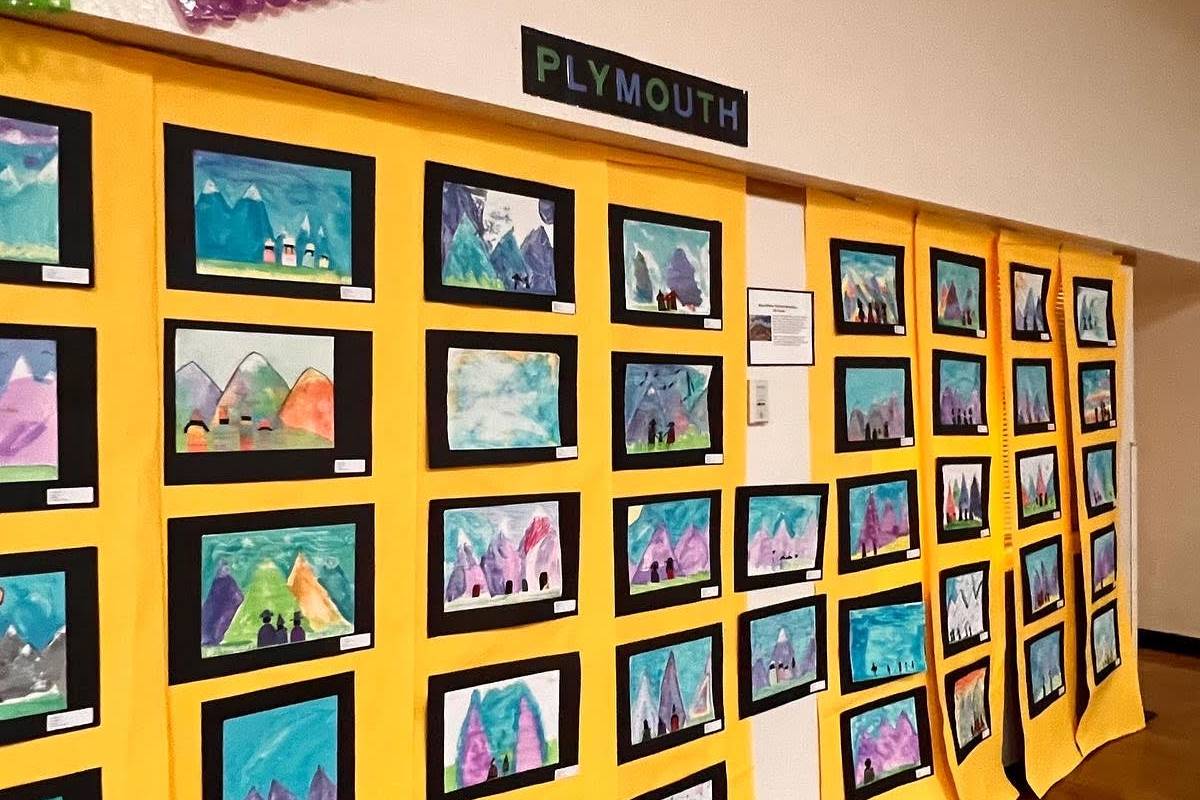 The Monrovia Latino Heritage Society (MLHS), in collaboration with Monrovia Unified School District (MUSD), exhibited an art show, Monrovia’s Past and Future Legacy, featuring Hispanic heritage-themed artwork from fourth- and fifth-grade students from all five elementary schools. With over 60 percent of the student population identifying as Hispanic and over 40 percent Hispanic residents in Monrovia, there was a real need and opportunity to highlight and celebrate the Hispanic cultures, which represented the “Future Legacy” of the art show. “Monrovia’s Past” is the piece MLHS provided by displaying historical photos and story boards of generations of Latinos throughout Monrovia’s long history. Many in attendance during the art show were descendants of those in the photos from the late 1800s and early 1900s.

MLHS is a nonprofit organization in Monrovia, which became dormant during the pandemic like many smaller organizations. The organization had been in existence for over 11 years and had provided thousands of dollars in scholarships to local students. When word got out MLHS was about to dissolve, a group of Latino Monrovians joined together, and with the permission of the original board, formed a new executive board, which includes Maritza Flores-Travanti, a Monrovia Unified school board member, as the new president. The new board began meeting last fall and soon planned the art show as their first event.

The students’ artwork featured floral designs found in Mexican folk art inspired by Fernando Botero from Columbia, Mexican tile prints with symmetrical designs, architectural design scenes inspired by Xul Solar from Argentina, renditions of “El Vendedor de Alcatraces” by Diego Rivera, Adobe Landscape using chalk pastel and Rainbow Mountain scenes from the Peruvian Andes, and very popular Frida Kahlo portraits. The students not only learned new art mediums and techniques but also learned about the artist, their famous artwork and the countries they came from. Flores-Travanti had the difficult task of judging all of the artwork and choosing a first, second and third place for each class. The winning artists were recognized and all given ribbons at the event.

Another important connection to the school community was having the Monrovia High School Spanish Club members attend as “honorary docents.” Their role was to meet and greet distinguished guests, community members, help explain displays and create the nexus between the youth and older members of our community. The Monrovia High School Spanish Club president and vice president are on the MLHS Executive Board to ensure the student voice and perspective is included as the society moves forward with future plans, such as an annual fundraiser dance, providing scholarships, cultural events and celebrations. The society’s first art show was such a success, it has decided it will be an annual collaboration during Hispanic Heritage Month and plans on expanding the children’s art to include MUSD students from middle schools and the high school next year. 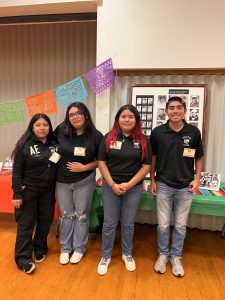 This kind of collaboration is not new to the district. For many years, the Monrovia Unified School District has been collaborating with the Monrovia Duarte Black Alumni Association with a similar art show during Black History Month.  In fact, they shared many of their best practices with MLHS and had already created a project plan with MUSD’s performing arts director and art teacher. This made it easy for Flores-Travanti, MUSD and MLHS to produce a similar event but with the addition of the historical pictures and Hispanic-owned businesses.

“My heart is full and deeply satisfied that we were able to bring a true Hispanic Heritage Month celebration of art and culture to our children and community,” said Flores-Travanti.