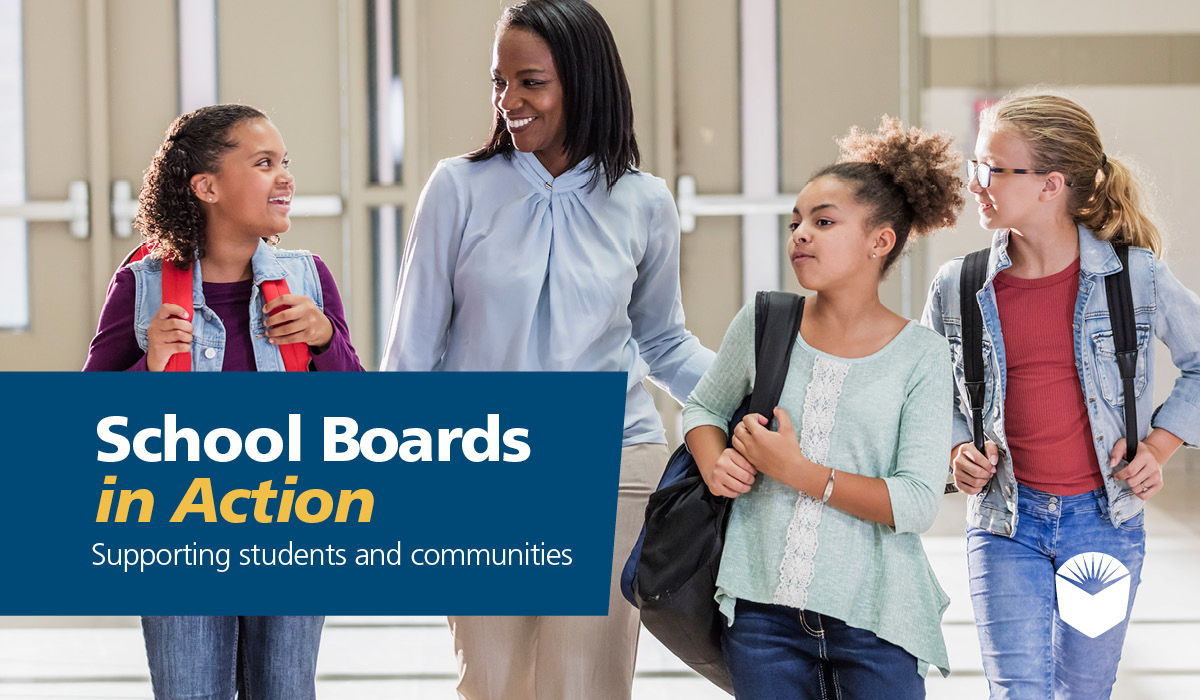 The Metropolitan Education District’s (MetroED) Career Technical Education (CTE) Campus, located in the heart of Silicon Valley, is one of just two facilities of its kind in California that provides high school students with hands-on career pathway programs, from firefighting to automotive mechanics.

In my role as a CSBA Public Affairs and Community Engagement Representative (PACER) for the San Francisco Bay Area (San Francisco, San Mateo and Santa Clara counties), I have the unique privilege of being able to visit campuses and districts throughout my division, getting a first-hand look at some of the most dynamic and state-of-the-art programs for K-12 students in public schools. Out of the many programs I have seen or heard about through our board members, I had never seen a program such as what Superintendent Alyssa Lynch and her team are facilitating for high school students at MetroED.

After being encouraged by MetroED board member Christopher Norwood (Milpitas Unified School District) to take a campus tour, I found myself driving from my apartment in San Francisco down to San Jose on a beautiful August morning, not knowing how different this would be compared to some of the more traditional campuses I had previously visited. The moment I walked onto the San Jose campus and into a fire science class, I felt like I was actually in a firehouse — the fully equipped classroom and warehouse was complete with racks of firefighting jackets, helmets, oxygen tanks and various equipment for first responders. The class was fully staffed by retired San Jose firefighters who are giving back to their city by teaching and mentoring the next generation of South Bay Fire and Emergency Medical Services personnel. In a state that is literally burning —as well as facing historic staffing shortages in the essential fields of firefighting, policing and pharma — MetroED is helping staff the future essential workforce. As we exited the “classroom” and continue the tour, Superintendent Lynch and Principal Jeffrey Arnett (Sunnyvale USD board member) helped us understand how MetroED came about, as well as how it is funded and governed.

The Metropolitan Education District is a joint powers agency (JPA) made up of six Santa Clara County high school districts whose students can participate in CTE programs at the MetroED campus. From each participating member district, one governing school board member sits on MetroED’s governing board. Currently, the president of the MetroEd board is Albert Gonzalez (Santa Clara USD), who is also CSBA Vice President. Norwood, a MetroEd and Milpitas USD board member and CSBA’s 2020 Board Member of the Year, loves being able to serve as a MetroED trustee because of the unique opportunity MetroEd provides for both students and the region. “I am inspired by the method upon which CTE offers pathways, hands on, career, college, vocational, it [MetroEd] is a pathway producer,” Norwood said.

MetroEd traces its roots back to the early days of San Jose, which began as San Jose Technical High School, established in 1917. In 1958, San Jose High School and its technical programs parted ways, and following multiple location, schools, and programing upgrades, the first students from the original four participating local educational agencies sent students to attend classes at the San Jose City College campus. Since then, the program has evolved to provide over 23 courses to students from 40 high schools in Santa Clara County. In addition to high school programming, MetroED also provides adult education programs for Santa Clara County, which had its beginnings in 1870, when it was simply known as  “night school.”

Everyone who plays a role at MetroED, whether the owner of a local HVAC company who teaches future tradespeople or the superintendent, has been influenced in some way by career technical or vocational programming. Superintendent Lynch, a self-proclaimed CTE kid, grew up in the Central Valley area and didn’t get much out of traditional high school classes. At Fresno State, she took Fashion Merchandising classes and says that’s how she got through school. Lynch puts her heart and soul into her job at MetroED, overseeing the day-to-day operations, hiring and retention of instructors, as well as advocating for more support and funding from the state Legislature, the county and organizations such as CSBA.

Lynch serves as both advocate and policymaker for the district. “I love these kids. They’re just like me, and at MetroED we are offering them an opportunity,” she said. In addition to leading the program, Lynch and her team consistently update classes to meet the current job and technology needs and trends of the day. For example, in recent years, the district closed five out-of-date programs and added five new programs: mobile application & coding, pharmacy tech, cybersecurity, sports medicine and mechatronics engineering.

As we continued through the different types of programs, such as pharma, dental and electrical, I quickly learned that both small business and multinational corporations are contributing to the success of MetroED students. From Stevens Creek Lexus, BMW and GM on the automotive side to pharmaceutical giant Walgreens, local dental practices, and additional support from Cupertino Electric, one of the Bay Area’s largest and most well-respected local businesses. According to Lynch, many students end up receiving certificates in their respective technical programs and go directly into the workforce (many being hired by the aforementioned sponsoring organizations), and 60 percent of the graduating students will go directly to community college or university. Other program participants continue to advance in their technical field through part time jobs and apprenticeships. The staff and board at MetroEd  encourage local businesses and organizations to invest in the students.

Although MetroED is highly popular and well regarded by the community and local politicians, they are severely underfunded and are always fighting for dollars to keep the lights on. “MetroED is the best kept, underfunded workforce development secret in Silicon Valley,” said Norwood.

As CTE is not considered part of the “core curriculum,” a lot of MetroED’s funding comes from its six JPA districts who also have limited budgets. MetroED also applies for large grants annually to access the funding needed to operate. Each year there is a focus on legislative initiatives, and public/private partnerships (i.e. Dupont, Del Grande Auto Group, Toyota). CTE is not a union apprenticeship program, which is usually well funded by trade unions like those for carpenters, electrician or Teamster locals.

Every budget season, Lynch is dialing for dollars at all levels of government, but why should she have to? “Don’t we want to fill labor and workforce shortages we hear about on the news and see for our own eyes?” Lynch asked. “Don’t we want well-trained and qualified people in skilled, technical roles; better yet local community members? You would think so, however it’s not that simple.”

For years, policymakers and education leaders have not been on the same page on this issue and while in decades past, technical education was well funded across the board, traditional education is highly prioritized. Lynch points out that there have been legislative and policy heroes, diamonds in the rough who have stepped up to the plate for CTE, such as outgoing Assemblymember Patrick O’Donnell (D-Long Beach). “He is a champion for CTE, he gets it. He gets tech ed and link learning, has commissioned studies, and has helped secure funding. We need more O’Donnell’s,” said Lynch.

Locally, Santa Clara County Supervisor and former CSBA member, Joe Simitian has been greatly supportive and is considered one of the brightest policy thought leaders in the area. Simitian recently led the effort that resulted in a $250,000.00 appropriation from the county to support both adult learning and CTE throughout the district. Exclusively taking traditional high school courses can often be difficult and restricting for a young person to reach their full potential and thrive as both a student and contributing member to society. There are also many young people who know what they want to do from a fairly early age and CTE can provide them with hands-on experience and instruction, so they see for themselves whether they actually want to pursue that respective career while still attending core classes, explained Simitian. Students who take classes at MetroED are bussed in and out of campus to their high school campuses for core curriculum classes, debunking the falsehoods that CTE takes away from core instructional time.

I asked Superintendent Lynch what she believed school board members, administrators and the general public could do to make a difference. Advocacy was the first thing that came to mind, specifically advocating to make CTE part of the core curriculum and general funding stream. If CTE was included in the core curriculum and general funding streams, districts like MetroED wouldn’t have to apply for every grant and fight for every one-time funding opportunity, said Lynch. Board members can be supportive by asking students involved in CTE programs to speak at a meeting and share their experiences, shed light on these programs in their communications and newsletters, inquire with their superintendent and business officer(s) as to whether or not there is funding and staffing capacity to add CTE courses for students and if there is not, how can boards and central office staff work together and find solutions to that issue.

After my tour at MetroED, a few key takeaways came to mind. The first being why didn’t I and other regular community members know about how intense, hands-on and impactful CTE can be for young people? .And how do we get more students, board members, superintendents and community members involved in advocating in support of MetroEd and other similar programs that are helping prepare young people for the workforce and, most importantly, for life?

Marty Fatooh is a Public Affairs and Community Engagement Representative with CSBA based in the San Francisco area.