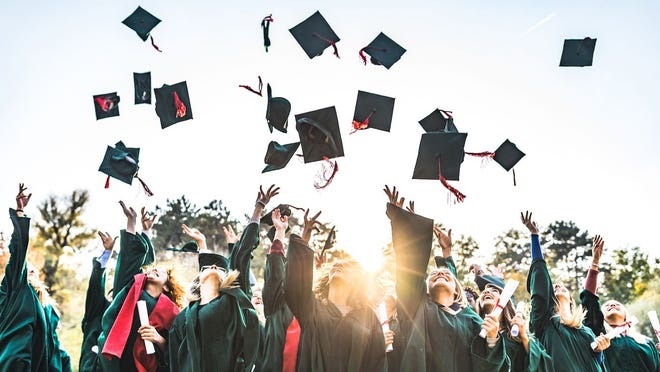 While Latino students make up 55 percent of K-12 students in California, only 43 percent of public higher education students in the state are Latino, according to “2021 State of Higher Education for Latinx Californians,” a report from the Campaign for College Opportunity.

Ensuring that Latino students, California’s largest ethnic group, have equitable educational opportunities is an important step in providing them access to a bright future and in helping the Golden State’s economy thrive. The job market is becoming more demanding and possessing a degree is increasingly valuable, according to the report.

California is making progress, as a historic number of Latino students are graduating from high school and enrolling in higher education. This is welcome news, though the data shows that there is room for improvement. The organization found that barriers to college access often include high schools that don’t properly prepare enough Latino students to continue their academic careers.

According to U.S. Census Bureau estimates from 2015 to 2019, 87 percent of 19-year-old Latinos in California have a high school diploma but only 44 percent of Latino high school graduates were supported by their respective school in meeting University of California (UC) and California State University (CSU) eligibility requirements like A-G courses. Of the group who did meet the A-G requirements, college enrollment took place within a year of graduation.

Latino adults have the lowest rate of degree attainment of all California’s racial/ethnic subgroups with roughly 14 percent holding a bachelor’s degree. “Inequitable access to college opportunity and success in graduating with a degree is very real,” the report states. “Latinx students are underrepresented across all sectors of higher education in California.”

Similarly, Latinas are transferring in four years more often than Latinos (17 percent), but there is a gap between the transfer rate for Latinas and white women — 24 percent versus 33 percent, respectively.

At CSUs, 62 percent of Latinas and 52 percent of Latinos graduate in six years. Two- and four-year graduation rates for Latinas (50 percent and 81 percent) who transfer to the CSU system are approaching white women’s (52 percent and 84 percent). “Latinos transferring to the CSU are not as well supported to timely completion, with just over one in three (36 percent) graduating within two years of transferring,” according to the report.

At UCs, in fall 2020, 25 percent of undergraduate students were Latino and a growing number of freshmen are being supported in earning a degree in four years. They are still not as supported as their white peers, however, the report found.

For those transferring to a UC, 63 percent of Latinas and 51 percent of Latinos graduated within two years of enrolling.  “Gaps between Latinx students and their white peers close considerably on a four-year time horizon,” the report concludes.

The report includes recommendations for high schools, community colleges and universities, and state and federal governments to better support and prepare Latino students for higher education.

For high schools, increasing graduation rates to 90 percent for Latino students and making A-G coursework part of the default curriculum were among the suggestions. The Campaign for College Opportunity also recommended that schools ensure that all seniors complete the Free Application for Federal Student Aid or a California Dream Act application.

The report and a webinar discussing it are available here: https://bit.ly/3pZtuBe