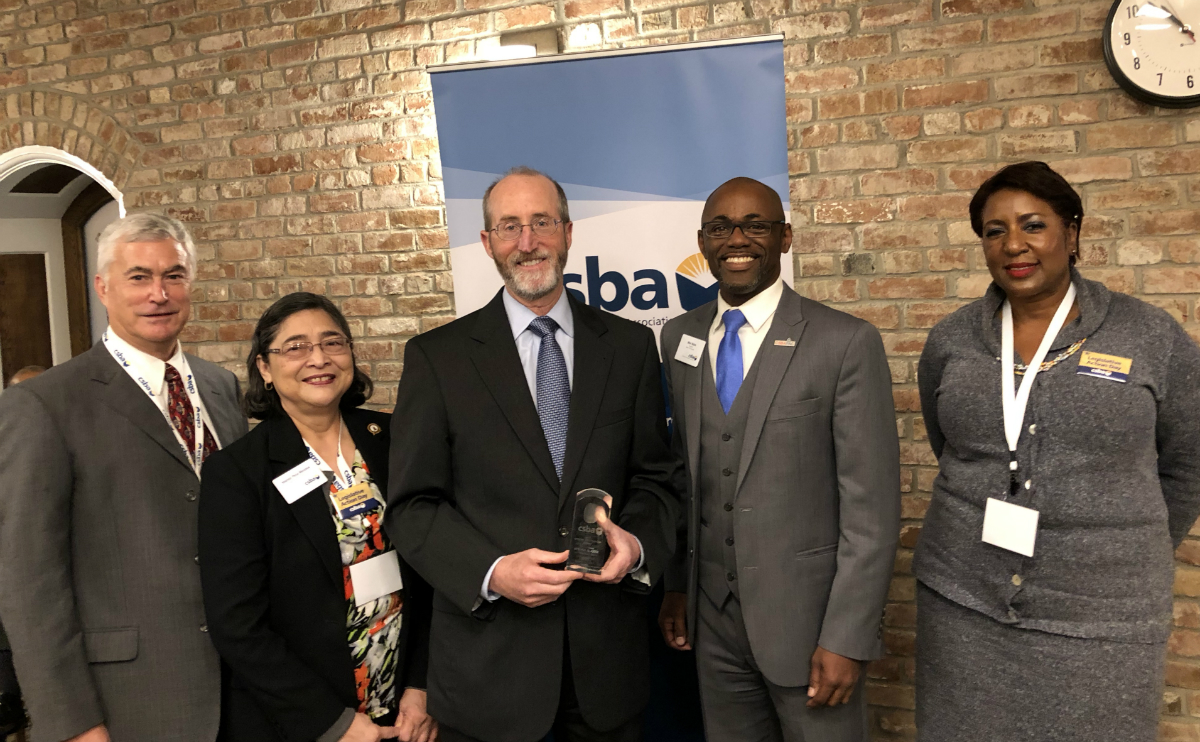 On March 13, 2018, CSBA members from across the state attended CSBA’s annual Legislative Action Day to meet with lawmakers and advocate for public schools. More than 200 school board members held 103 meetings with Senators and Assemblymembers in the Capitol to push for the Full and Fair Funding of California’s public schools, discuss the pension crisis, talk about school facilities funding and inform their legislators about CSBA’s sponsored bills. The day also included legislative briefings from CSBA’s governmental relations staff, ceremonies for two California Senators honored with CSBA’s Legislative Awards and the presence of CSBA staff outside the Capitol to share information with the public about the day’s advocacy message.

The day included a strong presence both inside and outside of the Capitol. Anyone walking up the North Lawn of the Capitol could learn about CSBA, school board members and the state of public education funding in California:

More than 200 school board members attended 103 meetings with their local Senators and Assemblymembers. Here are just a few of these meetings highlighted below:

I appreciated hearing from my former colleagues on the Huntington Beach Union High School District Board of Trustees, Bonnie Castrey, Susan Henry and Michael Simons, about education issues facing us locally and throughout the state! #HBUHSD #Education #AD74 pic.twitter.com/wpqw6VcKhb

Yesterday I had the pleasure of meeting with my local education leaders #CSBA. Thank you for all that you do for our #ad48 students and keep up the great work! pic.twitter.com/uvYNsGQYGe

Great conversation with school board leaders from @CastaicUSD @HartDistrict @saugususd and the #SCV. Thank you for helping our kids grow up healthy, smart and ready for the world. pic.twitter.com/IwKJcvGYcY

I was humbled by @CSBA_Now this afternoon when they presented me with a Legislator of the Year Award. Thank you very much. pic.twitter.com/i8UESldLm2

There were even a few student board members joining in the day’s advocacy efforts!

Board members Lie and Salahuddin are with student trustees Lipsky and Cardoza in Sacramento for CSBA’s Legislative Action Day. #JUHSDRocks pic.twitter.com/2lUHGly2K9

Thank you to all who attended Legislative Action Day 2018. Here’s one of our favorite photos of the day:

Stay up to date on all things legislative at CSBA’s Legislative News page.