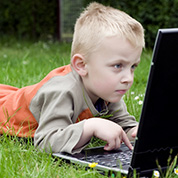 A recent Education Week article quoted excerpts of a speech delivered by U.S. Department of Education Secretary Arne Duncan to the American Society of News Editors in which he defended the Common Core State Standards (CCSS).  Duncan stated that those opposed to Common Core believe that the standards and tests will lead “to mind control, robots, and biometric brain mapping.”  That may sound extreme, but it is not surprising. There has been a growing resistance to CCSS.

Included in the rhetoric against CCSS is that it will create a national curriculum.  A five-part video series from the opposition group Stop Common Core makes this assertion:  “The point of standards is to drive curriculum. Standards say what should be taught in the classroom, the curriculum just adds the details. And we know that what’s on the national test will very concretely dictate curriculum.”  Curriculum has been narrowed in the past–not necessarily because of the assessments, but because of the pressure on schools for their students to perform well on those assessments and the consequences if they fail.

But let’s set aside the issue of high stakes testing and focus on the claim that CCSS will lead to a national curriculum. Let’s be clear—standards are not curriculum. Standards define the kind of skills students must master. Curriculum is the set of activities that teachers design to engage students in learning.  If we were to visit two different classrooms within the same school district, with both teachers working on the same standards, we could find very different curricula. One classroom might study the problem of garbage and landfills, while the other might study salmon populations in the American River. The first group might visit the city dump and interview waste management staff, while the second group might have a presentation from the department of fish and game. Both groups would be practicing standards-based skills, including measurement, creating visual displays of information, looking for patterns in data, and constructing an argument to write a persuasive essay. One set of standards yet two very different curricula.

Board members across the state are preparing to discuss whether they should accept the approximately $200 per student over the next two years for implementing the CCSS, and if so how to use those funds. The district are required to have a public hearing to explain the plan, and then to adopt the plan at a subsequent board meeting. As districts prepare to roll those plans out, it is critical to have a clear and compelling message about the value of the CCSS, and how they will benefit students.

Boards will need to sustain that message because the resistance isn’t over.  Join the conversation on Common Core State Standards on CSBA’s Engage. Sign in now.