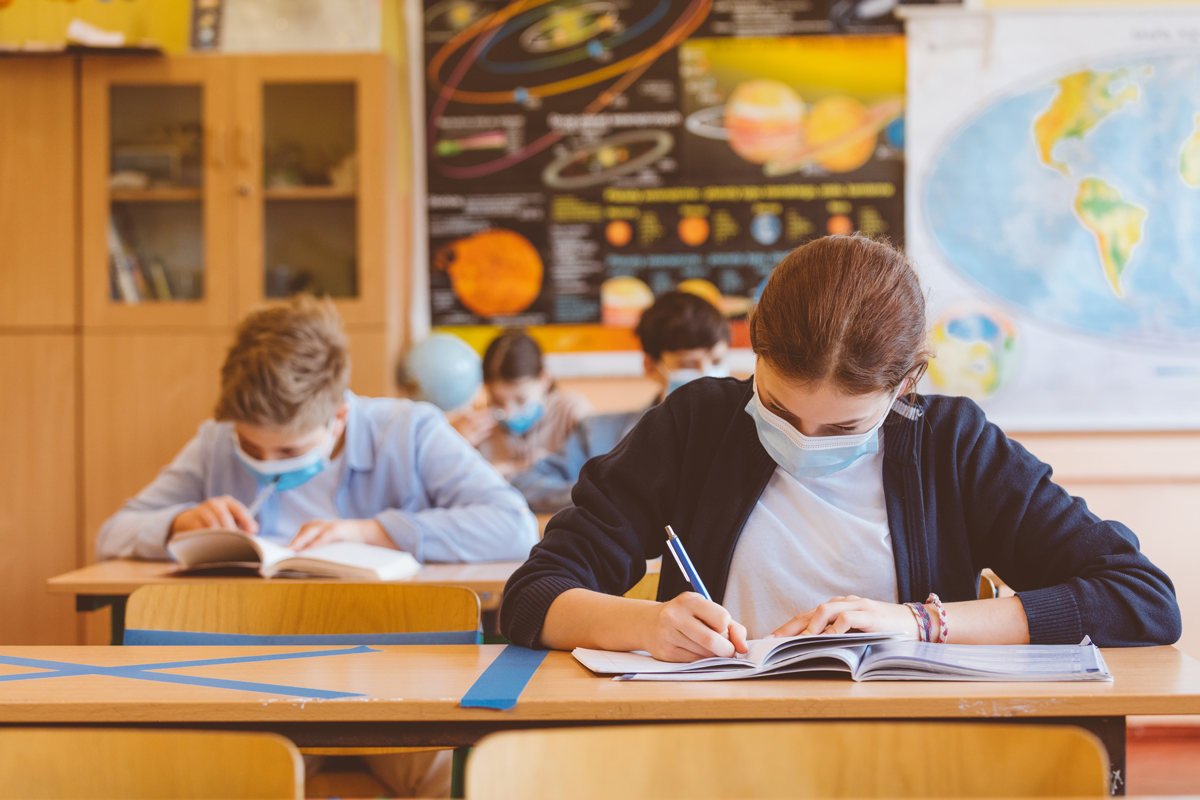 Dr. Naomi Bardach, team lead for California Safe Schools for All, gave an update on the status of COVID-19 in the state as well as lessons learned this back-to-school season during the CSBA webinar “Governing in a Time of Chaos: Board Meetings in the age of COVID and CRT.”

Bardach was one of nine panelists at the Sept. 13 event, which included advice from CSBA leadership, board members, attorneys and communications experts on preventing and handling unruly situations during board meetings.

As the pandemic drags on and the delta variant continues its rapid spread throughout the country — the variant accounts for 90 percent of California infections and 93 percent in the U.S. — guidance for local educational agencies has been balancing two major goals: keeping students safe and keeping them in school.

“Schools, of course, right now are planning and actively doing mitigation efforts because we’re in this elevated time,” Bardach explained.

Measures like vaccinations and masking are making a difference. Compared to Florida, Texas and the U.S. as a whole, California had been able to keep hospitalizations among children low in recent months.

As of Sept. 12, there were far fewer school closures in California than a number of other states that do not have mask mandates, actively prevent mask mandates or have lower vaccination rates, according to Burbio’s K-12 School Opening Tracker.

A layered approach to school safety — including having as many students over age 12 vaccinated as possible, testing and staying home when sick, wearing masks indoors, practicing good hand hygiene, and improving indoor air quality and using outdoor space — was highlighted by Bardach. She noted that emergency use authorization for a vaccine for ages 5-11 is expected by late fall.

Those safety steps may be more important now than ever as the delta variant is more than twice as contagious as previous variants.

Bardach listed six patterns that have been found as schools reopen:

Continuing to take advantage of state resources for testing, vaccination clinics and more will be important as demand ebbs and flows.

A recording of the webinar and the meeting’s slide deck are available online now.