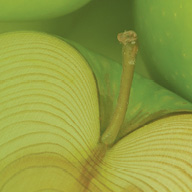 How are school districts and county offices of education preparing to implement the Common Core State Standards? It’s a daunting task, reveals the spring 2013 issue of California Schools magazine.

To be ready for new common national academic standards, local educational agencies will have to dramatically change instructional methods and prepare students—and technological systems—to handle revolutionary computerized tests. This would be a tall order in the best of budgetary times. Yet despite years of harsh cuts in state support for public education, LEAs throughout the state are finding creative and innovative ways to meet the CCSS challenge.

Consider, for example, the groundbreaking work underway in Visalia. Charlene Stringham, charged with supervising student support and academic services for the Tulare County Office of Education, works with a team of 16 consultants that is helping the county’s 46 districts prepare for the Common Core. She says her office staff began “immersing” themselves in all things Common Core in August 2010—studying the standards document, developing an understanding of the authors’ intent, attending California and national conferences, and following the work of states like New York and Georgia that were early adopters of the new standards.

“Some LEAs will be tempted to put their heads down and say, ‘This, too, shall pass,’” Stringham says. “In response, we refer to the ‘promise’ of the Common Core and emphasize that we have to embrace it, and get it right.”

Read more about preparing for the Common Core in the spring issue of California Schools magazine.