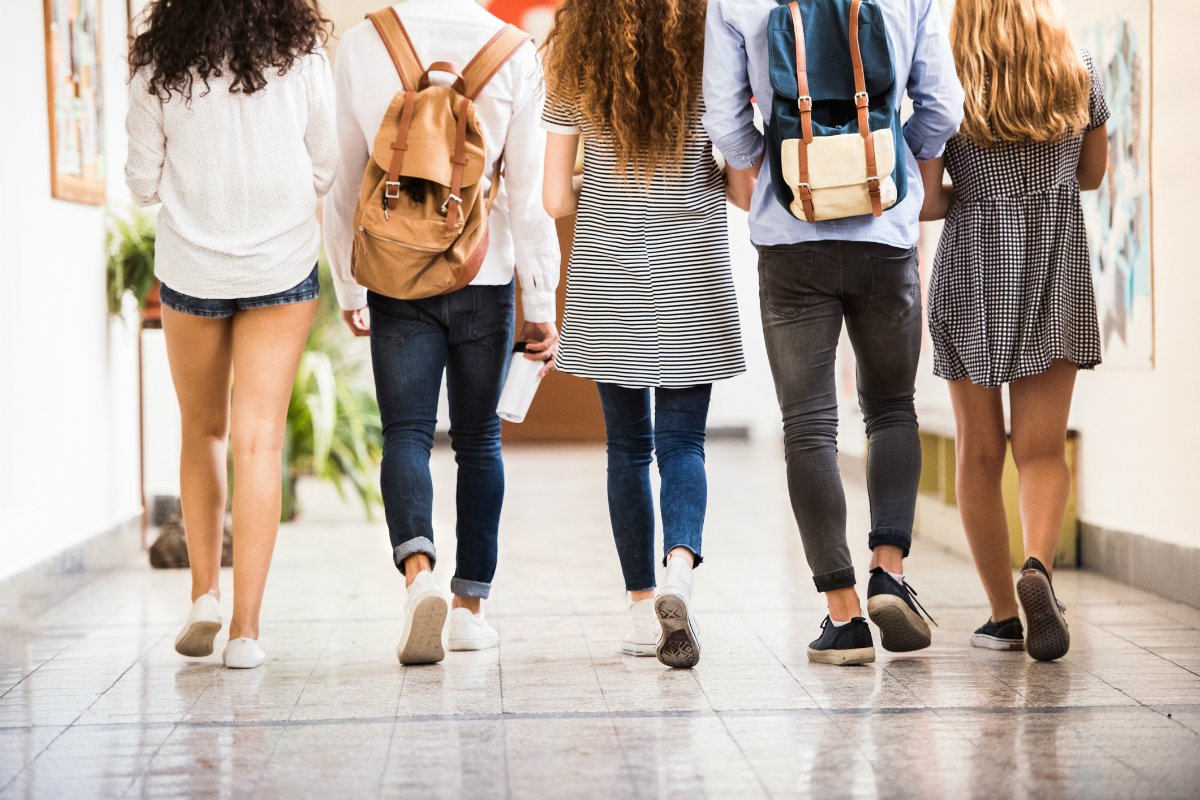 Gov. Gavin Newsom on Aug. 18, joined by First Partner Jennifer Siebel Newsom, spoke about efforts to support the mental health of young people in the state — including $4.7 billion to increase access to mental health and substance use supports for those ages 0-25.

“We’re going to do something we haven’t done in 35 years, update an old statute talking about peer counseling and counselors where there’s no reference to mental health,” Gov. Newsom said before signing the bill. “There’s no reference to behavioral health or substance abuse — it’s all-around career preparedness, so we want to update the statute.”

The “stacking of stress” in recent years due to years of neglect for mental health investments was addressed by the Governor, who vowed a new approach that will focus less on crisis care and more on early interventions.

“The biggest limiting factor is all of you. It’s not resources, it’s human capital. It’s people willing to do this work,” Newsom said. To that end, the state is looking to support pathways and training to bring on 40,000 more behavioral health professionals over the next few years and increase the number of schools counselors by 10,000 by offering scholarships of up to $20,000 to mental health workers who spend at least two years working for schools.

The investments come at a time in California when more than 284,000 youth are dealing with major depression, 66 percent of children with depression don’t receive treatment and rates of suicide for those ages 10-18 have increased 20 percent between 2019 and 2020, according to the Governor’s Master Plan for Kids’ Mental Health.

“With children and youth heading back to school, families across the state are in the midst of an exciting and yet stressful time, but the anxiety, stress and depression that were already on the rise pre-pandemic have worsened and the mental health struggles of children across the country has reached crisis levels,” Siebel Newsom said.

Due to its longstanding efforts and innovation to support mental health, Fresno USD was chosen as the destination of the event to highlight best practices that are working.

Fresno USD Superintendent Bob Nelson said that they’re finding students are bouncing back academically from disruptions brought on by the pandemic before they are on a social-emotional level.

Nelson highlighted investments the district has made in its Department of Prevention and Intervention and McLane High’s on-campus wellness hub, which has three full-time social workers, a full-time restorative practices counselor, a full-time child welfare and attendance specialist and two full-time psychologists, in addition to seven academic counselors who also provide social-emotional supports.

Faculty and families are supported through free offerings like CareSolace, a mental health concierge service.

School board President Elizabeth Jonasson Rosas added that she is proud of Fresno USD’s on-call mental health response team that is available to handle needs, including suicide assessments, 24/7. “This work, this team, has saved lives and I could not be more grateful or proud,” Jonasson Rosas said.

She said the district is doubling down on preventive efforts and will be implementing a universal districtwide K-12 social-emotional curriculum for all staff.

“Having adults on campus to serve our students’ mental health needs is invaluable to our educational system because, when we are able to provide the supports that students need in order to cope with their anxiety, their depression, the adjustment issues that we’ve seen … we are able to connect those students with a caring adult who has the resources to help students work through those big emotions that are interfering with their ability to learn,” Aleman said.

There is also a countywide initiative to employ a licensed mental health professional on every campus.

“I didn’t understand the weight of these actions and feelings because quite honestly a lot of people around me were having the same feelings and making the same actions,” Barajas said.

At the end of sixth grade, some friends informed a teacher about Barajas’ situation.

Barajas met with the teacher and a vice principal, but said no action was taken and it felt like getting in trouble. Parents weren’t contacted, no counselor referral was placed and no follow-up occurred.

The senior has since gotten help and feels genuine happiness.

“I know firsthand that the positive change that we’re going to see from these investments and focus into student mental health will make a difference and I can’t wait to see what happens,” Barajas said.

Watch a recording of the press conference here.