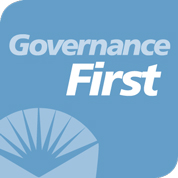 Next week, on Tuesday, May 14, the governor will unveil the May Budget Revision for fiscal year 2013-14. Details about his revision are beginning to surface, as are additional proposals.

On May 8, Assembly Democrats announced their plans for the state budget, naming it the “Blueprint for a Responsible Budget.”  In addition to calling for a ballot measure in 2014 to establish guidelines for a richer state reserve, a strong focus of the Blueprint is children and education. For K-12, they call for all school districts to get their share of previous funding cuts repaid as Proposition 98 grows. They also note the need to commit at least a portion of one-time money to be spent on repaying deferrals and investing in Common Core implementation. Assembly Democrats plan to use the Blueprint as they enter heightened budget negotiations after the release of the governor’s May Revision.

With the May Revision becoming public next week, the real discussions over the state budget and how it impacts schools will begin. The Senate and Assembly will enact their versions of the budget and we expect they will then negotiate differences in a two-house conference committee. At some time before June 15, legislative leaders will negotiate with the governor too. And now that the state budget only requires a majority vote to make it to the governor’s desk, Democrats and the governor will be able to enact a budget without Republican votes.

CSBA’s budget priorities include a demand for greater investment in the Local Control Funding Formula to ensure repayment of revenue limit and categorical cuts as well as a per-student investment in Common Core. We now have Senate and Assembly Democrats calling for much of the same thing. This is a good thing.

Today is CSBA’s Board Member Action Day:  80-90 meetings are being held with legislative representatives across the state to carry CSBA’s messaging on budget priorities, among other issues, to Senators and Assembly Members in both parties.

But today is just the first day of the final stretch of advocacy on the state budget. As we see the details of the May Revision and the Legislature begins taking action in earnest to craft their version of the budget, CSBA and school board members across the state will need to remain vigilant to ensure that our priorities are reflected in the final document.

Expect a few more calls to action on budget issues over the next 30 days. There are hundreds of different special interests pulling every which way on legislators this time of year.  With the proposed shift in control over school funding decisions from the state to local governing boards we will need to make sure that CSBA’s voice is heard over the budget noise.