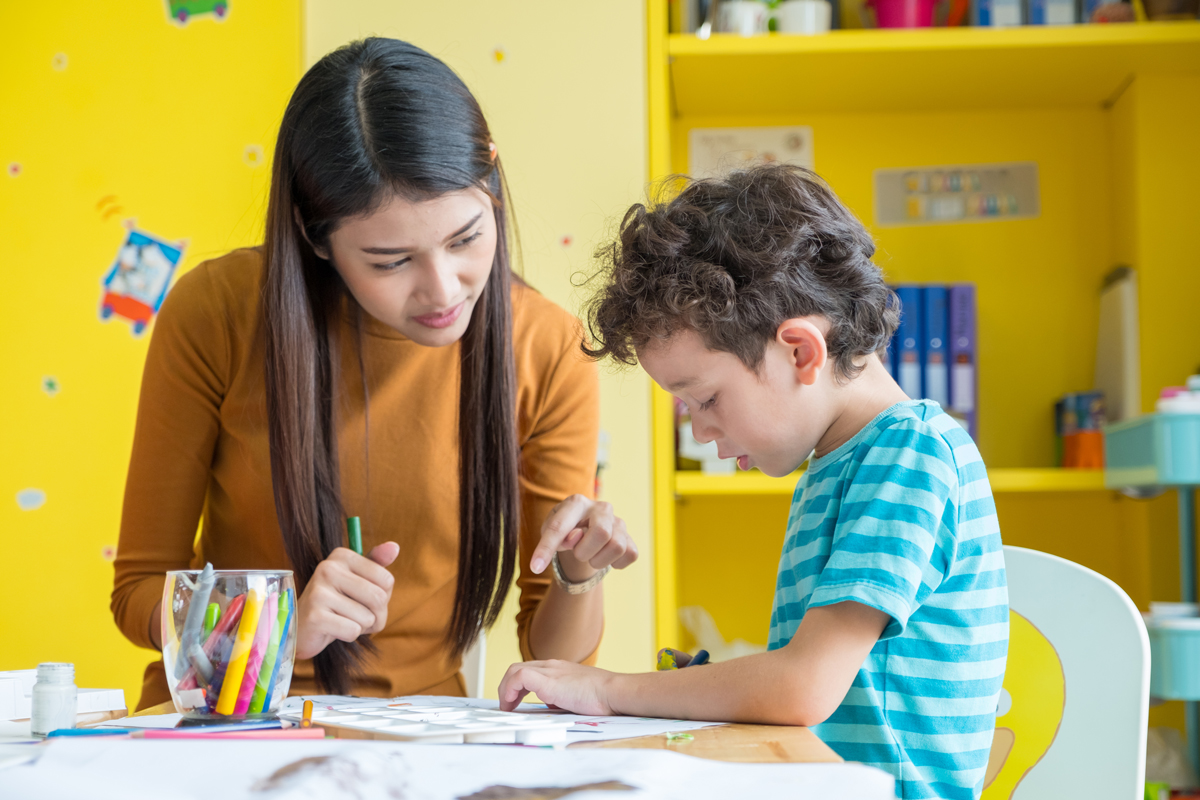 Research has shown that having a racially and culturally diverse workforce of teachers benefits all students, especially students of color. Still, teacher demographics rarely mirror the students they serve.

“While the majority of students in P-12 public schools are children of color, only 20 percent of the national teacher workforce is comprised of teachers of color,” according to How States Can Use American Rescue Plan Funding and Federal Grants to Support Teacher Diversity, a brief released by The Education Trust in October.

Preparing, recruiting and retaining teachers of color is pertinent to ensuring students have equitable outcomes, and states can use federal funding to create or supplement programs aimed at promoting diversity in the field.

COVID relief dollars are one such funding resource. While a minimum of 90 percent of American Rescue Plan (ARP) funds going to districts directly, states have “a minimum set-aside that can be used through early 2025.” To receive Elementary and Secondary School Emergency Relief (ESSER) money, states needed to submit plans on how they would use these funds for purposes including expanding the educator pipeline and teacher diversity.

Using data on how states are implementing ESSER dollars for this goal, The Education Trust found promising practices for advocates and policymakers.

To knock down barriers to entering the profession, such as trouble paying for a college education and materials or repaying student loans, a number of states used ESSER money to assist teacher candidates of color in successfully participating in educator preparation programs.

Indiana contracted with 13 institutions of higher education to support English as a Second Language certifications.

Other states offered grants that allowed colleges and universities to give scholarships to those taking part in teacher prep programs or provided tuition assistance, student teaching stipends and certification exam fee waivers, according to the brief.

Investments in recruitment were also made around the country.

Grow-your-own (GYO) programs, focused on community-based recruitment efforts, were a popular point of investment. Oregon, for example, invested $4 million into scholarships, residencies and GYOs with a goal of increasing the number of bilingual/bicultural educators.

“Iowa used $45.6 million to establish the Teacher and Paraeducator Registered Apprenticeship Program Pilot,” according to the brief. “New Mexico used $37 million to create the Educator Fellows Program, which covers salaries, tuition stipends, and licensure fees for teaching assistants who are pursuing licensure.”

A program that recruits high school students into the profession and an initiative with Teach.org recruiting young people into the field received funding in South Carolina.

Massachusetts invested in a pilot project to support local schools and districts in strengthening and diversifying recruitment efforts while Nebraska partnered with University of Nebraska-Lincoln’s College of Education on a pilot tasked with learning about and addressing barriers people of color face when entering the profession.

ESSER dollars were used in states including Colorado, Illinois, Louisiana, Mississippi, Missouri and Texas to “support teacher residency programs, which are associated with higher rates of retention for teachers of color,” according to the brief.

Arizona and Kentucky put money into mentoring and induction programs, Nevada invested into a network that gives support to education leaders from racial and ethnic groups that have historically been underserved and Connecticut funded professional development opportunities for teachers.

A list of federal funding sources beyond COVID relief aid, and details on how some states are using the money to diversify their educator pools, is available to view in the brief.

In California, San Francisco State University has used Individuals with Disabilities Education Act grant dollars in support of Project GROW, “which funds a stipend program for students in the Early Childhood Special Education program. A top priority of the program is recruiting culturally and linguistically diverse educators,” according to the brief.

Supporting Effective Educator Development funding has been used by the Adler Graduation School of Education to work with local educational agencies in states including California to create urban teacher residency programs.