So many times I hear my teenagers complain about aches and pains much like we all do at times. Most of the time I attribute it to growing pains or whatever bug seems to be going around at the time and don’t give it much thought. But what if it wasn’t something as simple as that?  What if there was actually something happening inside your child’s body that you were not aware of or even heard of for that matter?  This was exactly what happened to my son when he was just 2 years old. 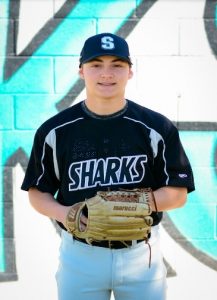 My son Dylan had the flu, or at least that’s what I thought. He had been sick for a few days feeling weak, constantly drinking fluids and his diapers would get so wet they would seep through his clothing.   When I took him to the doctor I was told it was the flu, go home and push fluids which I did.  A few days went by and Dylan was continuing to grow weaker.  I took him back to the doctor but this time to Urgent Care.  Describing the symptoms my son was having the doctor looked him over and said he now has an ear infection and prescribed antibiotics.  The very next day, my 2 year old son came down the stairs and collapsed.  It turns out what doctors thought was the flu virus was something much more life-threatening… Type 1 Diabetes.

Type 1 Diabetes, known as T1D,  is a chronic, life-threatening autoimmune disease in which a person’s pancreas produces little to no insulin. Insulin is a hormone that regulates blood sugar levels.  People with Type 1 Diabetes are insulin dependent for life and must inject insulin through multiple daily injections or an insulin pump.  ANYONE can be diagnosed with Type 1 Diabetes from infancy to adulthood, not just children.  Type 1 Diabetes has nothing to do with diet or being sedentary, it is not preventable, not reversible, children do not outgrow it and there is currently no cure, however we are hopeful for cure research being done.

Parental awareness is key in identifying the symptoms of Type 1 Diabetes and early diagnosis. Undiagnosed Type 1 Diabetes can lead to Diabetic Ketoacidosis better known as DKA.  DKA is a serious and sometimes fatal complication of diabetes and must be treated immediately.  Sadly, we have seen too many children and adults pass away from being undiagnosed.

Often times Type 1 Diabetes is mistaken for a virus or flu because the symptoms to the onset of Type 1 Diabetes look very similar which can make it difficult to properly diagnose. T1D can also be mistaken for strep throat, a urinary tract infection or a growth spurt just to name a few.

It is for this reason our mission at EASE T1D is to raise awareness and educate the public on the symptoms of Type 1 Diabetes in an effort to save lives. I wish I knew then what I know now, it would have saved my child from needless pain and suffering and myself the feeling of despair and helplessness.  I’m thankful every day that my son survived and had no life-altering complications. Under California law, schools too can help allowing trained personnel to administer insulin. As for my son, he is now 15 years old and recently made his high school’s freshman baseball team. We could not be more proud of his resilience and character.

Debbie George is a founder of EASE T1D, an organization that advocates for children with type 1 diabetes.  To learn more, visit http://www.easet1d.org/.