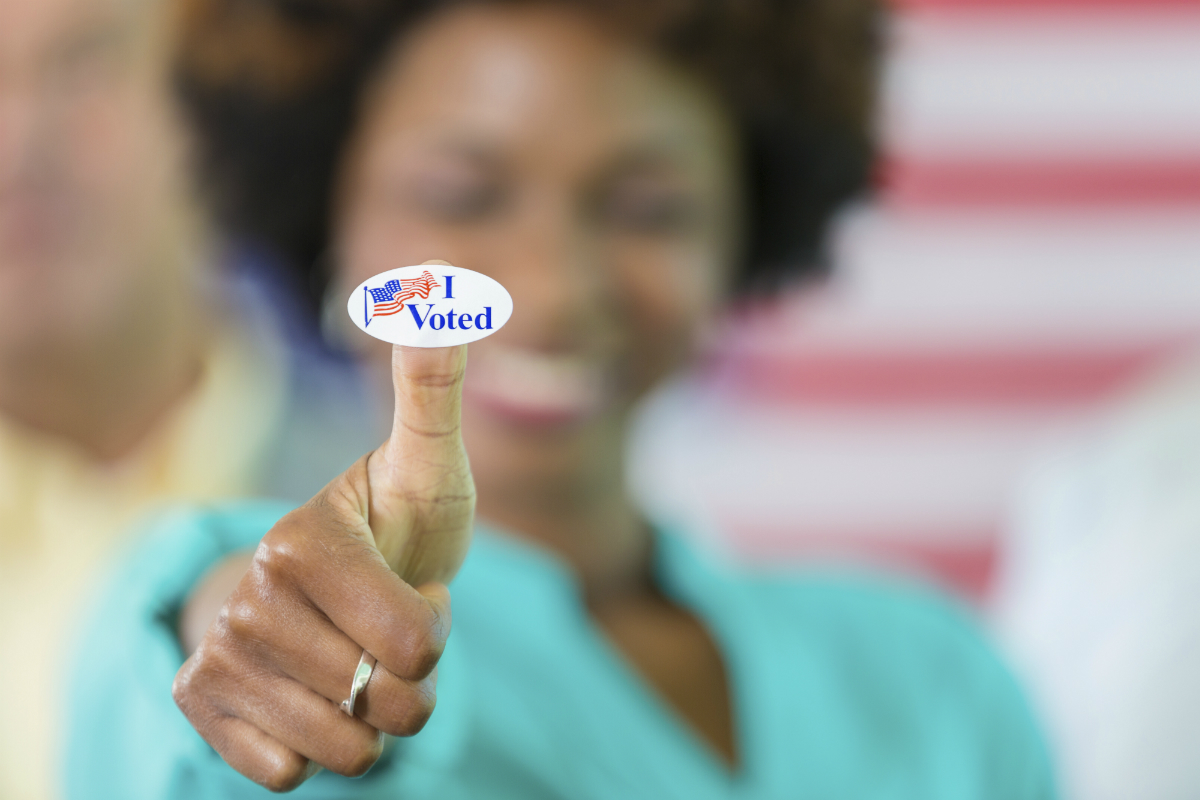 As highlighted by recent student protests and walkouts, children and young adults have an interest in politics, too. Yet that interest does not always translate to votes. Young adults have the lowest voter registration and participation rates of any age group in California. Only 8.2 percent of eligible voters age 18–24 voted in California’s 2014 state election. In the 2016 presidential election, just 53 percent of Californians between the ages of 18–34 were registered to vote, with an estimated one in four of those registered voters making it to the polls.

The last two weeks of April and September are official High School Voter Education Weeks. To celebrate the weeks, school districts across the state are providing students with programming that encourages voter registration and civic participation. Whether it be providing extra credit for poll working or earning a spot in the “Voter Hall of Fame,” there are a variety of creative ways to spark students’ interest in civic engagement. For instance, Golden Bell Award Winner Brawley Union HSD holds voter registration events through their Comprehensive Common Core Civics Program.

New State legislation is also expected to increase the number of young people pre-registering to vote. Assembly Bill 1461 (Gonzalez Fletcher, D-San Diego), passed in 2015 and also known as the “California New Motor Voter Program,” will automatically register or pre-register qualified applicants — including 16- and 17-year-olds — to vote unless that person specifically opts out of registration. The new law will take effect April 30, 2018.

County Elections Offices and the Secretary of State’s Office have shared some of the best practices that districts should incorporate into how they are celebrating the weeks. Here are a few of those practices highlighted:

Pre-registration for 16- and 17-year-olds

It’s a little-known fact that California citizens can pre-register to vote starting at age 16. More than 100,000 16- and 17-year-olds have pre-registered to vote since the program was launched by the Secretary of State Alex Padilla in September 2016. School districts can promote pre-registration through email and texting campaigns, adding a link to the school website homepage, handing out flyers or hosting pre-registration drive events.

Padilla’s office has published a comprehensive pre-registration toolkit that includes a video PSA, sample social media posts and more. Even more resources can be found at the newly launched High School and Youth Initiatives online portal.

Engaging students in a mock election can serve as a “practice run” for the first election in which they are eligible to vote. This can be a one-day event at a school site with voting equipment, student volunteer poll workers, and even local elected officials giving speeches or holding a forum. Whatever the event may look like, make sure there are pre-registration and voter registration materials on hand for eligible students.

Another way to demonstrate strong civic participation is already built into the high school setting: student body elections. Student participation in a student body election is a precursor to voting at the local, state and national elections. Encourage students to vote by setting up a polling place, using student poll worker volunteers and giving out “I Voted” stickers. This is also an excellent venue for providing pre-registration and registration materials to eligible students.