For Omar, being a part of a gang simply meant he had other men from his neighborhood in whom he could confide, trust  and depend on to look out for him like a brother or son. These relationships often put Omar in situations where he had to stand up for his friends, which sometimes meant physically fighting other students.

After being suspended for one such fight, Omar was referred to his high school’s school-based health center. The SBHC at his school provides easy access for students and their families to health care, but it also provides valuable health education – beyond what many teachers are able to do in the classroom – so students and parents can make better decisions that positively impact physical health, behavior and academic success. As part of an agreement with the school administration, Omar’s suspension would be reduced if he agreed to participate in the SBHC’s Latino male engagement program and made an effort to improve his academics – Omar also had a D average and regularly missed a lot of school. Omar agreed. He met with a health educator from the SBHC several times over the next couple of weeks and created an academic improvement plan.

Because of the relationship he had built with the health educator, Omar agreed to join the SBHC’s after school program – Homies United in Solidarity to Teach, Learn, and Survive, known as HUSTLAS – where he was able to connect with other young Latino men.

Because of the relationship he had built with the health educator, Omar agreed to join the SBHC’s after school program – Homies United in Solidarity to Teach, Learn, and Survive, known as HUSTLAS – where he was able to connect with other young Latino men. He learned about Latino history and examples of men that fought for civil rights. After the sessions, Omar and the other young men often stayed to play football, soccer, or handball. Twice a week Omar showed up for the program. On more than one occasion Omar commented about he found it funny that for the first time in years, he was actually choosing to stay longer at school.

Omar was quickly seen as a leader in the program. He actively recruited other friends and family members to attend. He participated in other programs the SBHC offered, including a mural project, youth leadership retreats, and a talent show where he starred as the main character in a play about the school to prison pipeline. Omar was so proud of his commitment that one day he invited his mom to the SBHC to see the mural he and the other young men had created.

Over the course of his participation, Omar’s academics improved. He started attending school more regularly and admitted that most of the time this was so that he could attend the young men’s group. Teachers commented that his effort in class had also improved. More impressive was Omar’s willingness to make and maintain new friendships with other students that were not from his neighborhood. Many of these new friends helped Omar with his school work and encouraged him to get involved in other youth leadership programs.

Omar succeeded where many of his friends did not. He graduated, started a career, and started a family. Omar was the exception. Many of his friends did not have the same opportunities, and too many ended up dropping out. But Omar’s story can be replicated. His is an example of what can happen when school administrators invest in comprehensive health services and prioritize students who need support.

How Did the School Do It?

In 2006, the administration at Tennyson High School in Hayward was looking for better ways to support their Latino male students. Many of these young men were affiliating with local gangs and the number of on-campus gang related fights was increasing, leading to increased suspensions, expulsions, and arrests of Latino students. The school principal turned to the school-based health center (SBHC), sponsored by Tiburcio Vasquez Health Center, Inc., for support. Together, the principal and the SBHC initiated a Latino male engagement program. 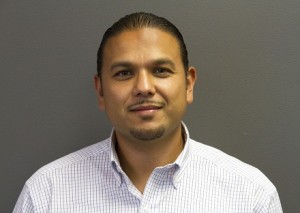 Juan Taizan is the Associate Director at the California School-Based Health Alliance – an organization dedicated to improving the health and academic success of children and youth by advancing health services in schools.