After you’ve survived a few financial storms, you begin to recognize clouds forming on the horizon. So, experienced weather watchers know a menacing front is headed for California schools in the form of major pension increases. Rising pension costs exceed new revenues in many districts and threaten to roll back the gains school districts have made under the Local Control Funding Formula.

Even the thriftiest districts, ones that battened down the financial hatches under LCFF, aren’t equipped to deal with the havoc this storm will wreak on district budgets. Increases to the CalPERS and CalSTRS pension funds are already having an impact on California schools, and statewide employer contributions are poised to triple over the 10-year period from 2014 to 2015.

If the state doesn’t move quickly to reverse this trend, mounting costs will push districts toward insolvency and students will suffer from reduced programs and staffing levels. Our legislators need to take immediate and decisive action to head off this looming crisis and to fully fund the cost of schools instead of relying on financial hidden ball tricks. School district contributions to pension funds reached a record high this year. For some districts, higher pension costs are already outpacing LCFF increases, meaning they have less money for students now than they did before the program was implemented. This trend will only intensify in future years as scheduled LCFF revenue increases expire and employer pension contributions continue to spiral upward — to say nothing of rising health care and utility costs and new state mandates.

Rising pension costs exceed new revenues in many districts and threaten to roll back the gains school districts have made under the Local Control Funding Formula.

CalPERS recently decided to lower the expected rate of return on its investments (known as the “discount rate”) from 7.5 percent to 7.0 percent — leaving local government agencies to make up the difference. As a result, by 2023–24, school district contributions to the pension fund for non-teaching staff will double from 2015–16 levels, directing billions of dollars that would otherwise pay for instructional programs, educational technology and student supports away from the classroom. As Dennis Meyers, our Assistant Executive Director for Government Relations, told CalPERS’ board, “It’s money that’s not being able to be used to decrease achievement gaps or buy textbooks or technology or all those things that we need to do to move our student population forward.”

The outlook is significantly better, but still worrisome, for the teachers’ pension fund. CalSTRS also voted to lower its discount rate from 7. 5 to 7.0 percent while adjusting its mortality assumptions to add three more years to the average life expectancy of a CalSTRS recipient. Unlike CalPERS, however, CalSTRS has the option of increasing the state contribution to minimize the impact on school districts. For now, CalPERS employer contribution rates are likely to be capped after they rise 1.0 percent in 2021–22.

The fact that these changes come during one of the most impressive bull markets in history is cause for great concern. Despite an almost unprecedented run-up in the stock market, CalPERS still has not recovered fully from the depths of the recession — the system’s assets are only 68 percent of what’s need to fully fund future obligations. That hurts districts and the students we serve. It also complicates efforts to reward dedicated teachers and staff with pay raises when so much of the employee costs are tied up in pension benefits instead of salary.

All of this is grossly unfair to school districts given the origins of the pension crisis in the state legislature. California’s unfunded liabilities have roots in SB 400, a bill passed during the stock market boom of 1999 (sound familiar?) That dramatically increased benefits for public employees. Soon after, the dot-com industry collapsed and the stock market cratered. That development, combined with a housing crisis several years later, dug a hole that the state — and by extension, school districts — are trying to fill in Sisyphean fashion.

Under Gov. Jerry Brown, the state has made some progress on pension reform, but far more dramatic action is needed to shield school districts from past mismanagement at the state level that hinders our ability to educate students. California ranks near the bottom nationally in school funding and staffing levels as it is; rampaging pension contributions will only further erode our position.

We can’t accept diminishing resources for kids at a time when we should be investing in schools to better prepare students for the demands of the 21st century. Stronger action from the state’s legislators is critical if we hope to weather the coming storm. 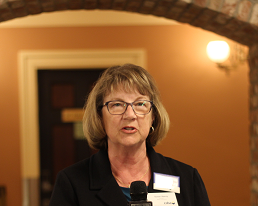