One hundred and sixty governance teams from across the state converged in Sacramento Jan. 16 to tell their stories and comment on the Local Control and Accountability Plan template and Local Control Funding Formula regulations.

The State Board of Education unanimously adopted the staff recommendations on the LCFF and LCAP emergency regulations and started the process for permanent regulations. The Board also asked staff to develop guidance for local educational agencies and provide a status update at the March meeting.

Deliberations commenced at about 4:02 p.m. and the meeting adjourned at 4:40 p.m.  SBE members’ comments cited one blog post that the regulations represented the “Goldilocks approach”—not too hot, not too cold, just right for the first step. Members also recalled the governor’s statement earlier in the day, when he noted that the regulations are not divinely inspired New Testament. Rather, the member said, they are product of human enterprise and this is an iterative process.

The deliberations were a chorus of support for all the opportunity, excitement and enthusiasm demonstrated around Local Control Funding Formula. Each Board member spoke before the vote was taken and each commended the testimony from governing teams, superintendents, administrators, parents, students, community members and organizations. The Board members expressed their appreciation for hearing the stories of what’s already happening across the state in local school districts and counties—small and large, rural and urban.  They each voiced deep appreciation for the parents and students who testified.

Board members also commented on the importance of hearing from local district and county governing teams as LCFF implementation continues. It’s enlightening and informative for the SBE and provides a means for educators to learn from each other.

Board Member Sue Burr started the deliberations and gave a shout out to having over 160 governing teams appear in person during the day of testimony to share their efforts.  This appreciation was repeated throughout the Board comments.

Board Member Ilene Straus, who along with Sue Burr is a designated liaison on LCFF, thanked the great team work of the CDE and SBE staff and the outreach conducted to solicit input on LCFF. This recognition was also voiced by a number of SBE members and in CSBA testimony.

Board members also appreciated hearing testimony from parents and students. Carl Cohn provided kudos to everyone involved in the presentations. He extended a special thank you to PICO (a community organizing network) for facilitating a meeting on LCFF with him before Christmas, at which he received over 600 holiday cards from youngsters who expressed their hope for LCFF and for a bright future and better life. He also cited the comments from the Whittier team to “give LCFF a chance.”

State Superintendent of Public Instruction Tom Torlakson remarked that it was indeed a great day for its sense of excitement, heightened trust and thirst for training on how to engage parents and students.  He intends to pull additional resources into this area on how to help student voices get more organized.

In addition to adopting the recommended regulations on an emergency basis and initiating the permanent regulations adoption process, the SBE asked staff to develop guidance for the field on the following issues and to provide a status update at the March SBE meeting:

Stay tuned for more analysis and information and register now for the CSBA Forecast Webcast to learn more about the SBE’s actions. 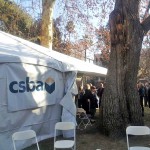 CSBA and ACSA hosted a tented staging area where some of the 160 governance teams waited for their turn to comment. 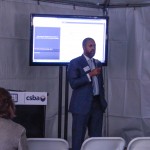 Executive Director & CEO Vernon Billy welcomes the board members and superintendents waiting in the tent to comment on the LCFF regs. 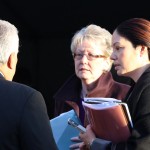 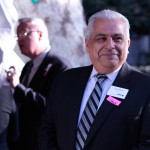 CSBA President-elect Jesus Holguin waits for his turn to speak. 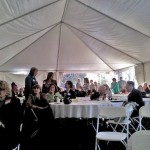 A tent hosted by ACSA and CSBA across the street from the State Board meeting was a welcome place to wait on a chilly January morning in Sacramento. 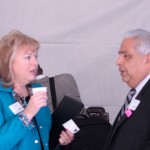 Sherri Reusche, board member from Calaveras USD and Region 8 Director, speaks with Jesus Holguin in the tent awaiting their turn to comment. 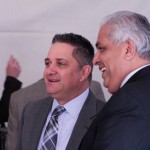 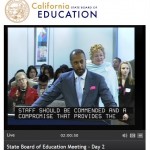 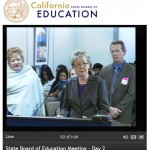 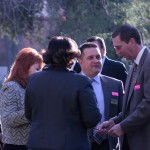 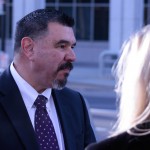 ACSA Legislative Advocate Sal Villasenor meets with members at the tent across the street. 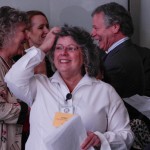 A CDE staffer works furiously to cope with the more than 300 persons who showed up to comment Jan. 16. 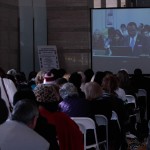 Hundreds followed the meeting by video while waiting to comment. 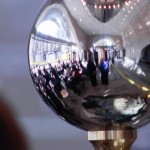 The reflection in the pendulum in the lobby of the CDE shows a crowd waiting to comment. 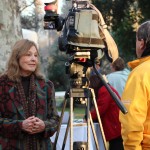 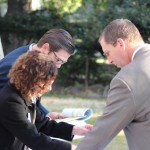 Outside the tent, CSBA’s Nathaniel Browning and an ACSA staffer offer board members materials for the State Board meeting. 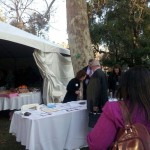 Board member and superintendents scheduled to comment on the LCFF regulations and LCAP template gather at a tent in Capitol Park to wait for their turn. 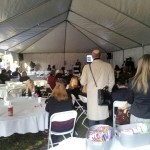