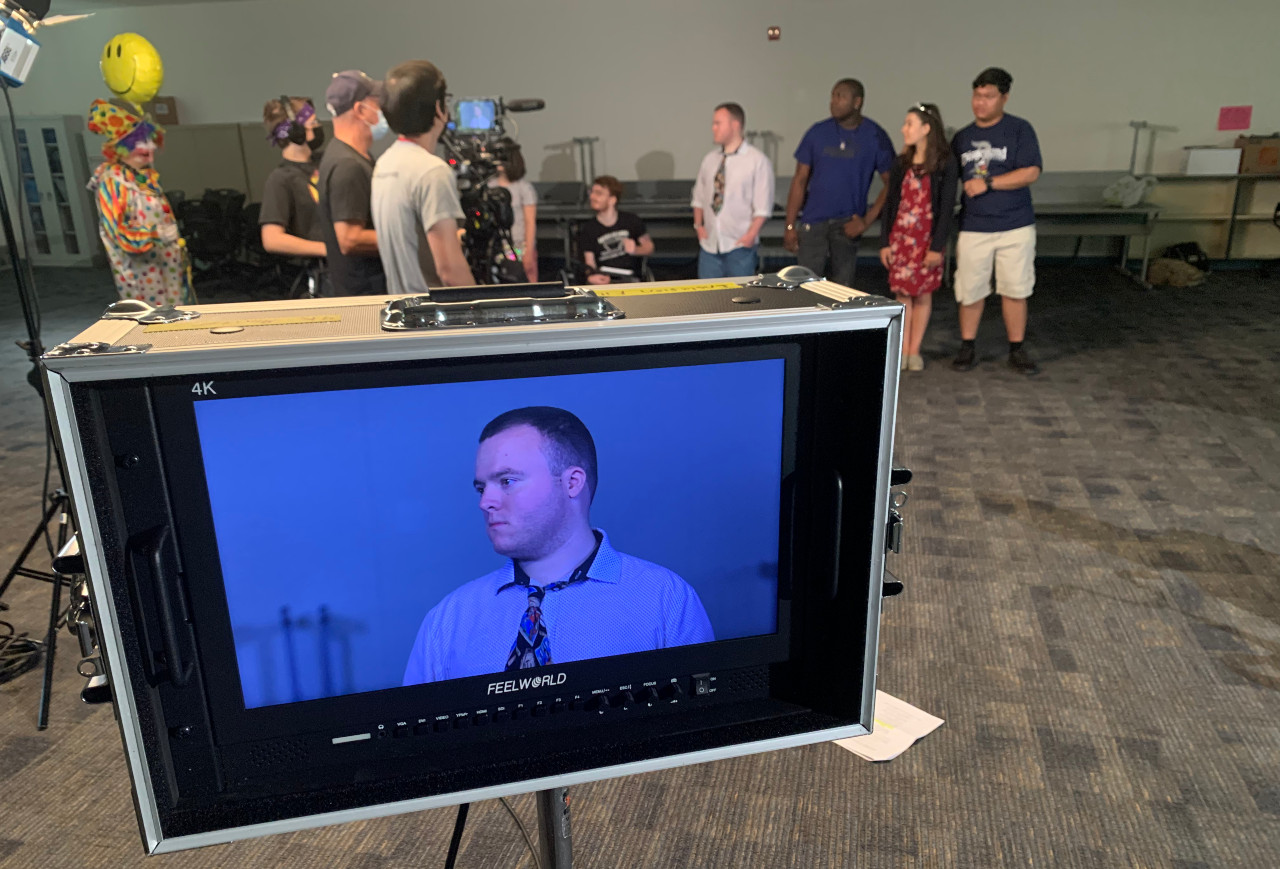 The Solano County Office of Education (SCOE) successfully partnered with the North Bay Regional Center to bring an Inclusion Film Camp to local neuro-diverse students at no cost to participants. For two weeks during the summer, SCOE’s Golden Hills Education Center in Fairfield became the set for a short horror movie, which premiered at a red carpet event in October 2021. At the camp, the actors and crew were able to build valuable skills under the guidance of veteran filmmaker and producer Joey Travolta through his Inclusion Films production company.

Travolta comes from a show business family and has worked as an actor, director, producer and singer; however, more importantly, he got his start as a special education teacher. He is a strong advocate for people with different abilities and founded Inclusion Films in 2007 to create movies that include individuals with disabilities as part of the creative process.

“Our students are so fortunate to be able to work with someone of Mr. Travolta’s caliber. His dedication to encouraging student development means so much,” stated Dana Dean, Solano County Board of Education member and California County Boards of Education (CCBE) Past President and Region 3 Director.

Inclusion Film camps teach teens and young adults with special abilities the principles of filmmaking. Over a two-week session, campers work together in small groups to develop a script, perform and shoot their film with professional support and equipment. The program encourages communication, collaboration and confidence-building through acting and digital filmmaking. The SCOE Workforce Development Department coordinates all aspects of film camp, which provides the opportunity for participants to learn transferable skills to link their abilities to employment possibilities. According to Michele Coleman, current member and past president of the Solano County Board of Education, “Our partnership with Inclusion Film camp lets our superstar students shine in front of and behind the cameras.”

“Our goal is to celebrate our young people with differing abilities and support them in developing social, life, and workplace skills. Inclusion Film Camp is an amazing experience aimed at preparing students to transition into independence and the workforce, whether it be in the film industry or any industry,” said  Solano County Superintendent Lisette Estrella-Henderson.

SCOE’s camp participants created a movie in the style of 1950’s horror entertainment that combined several spooky short films woven together by scenes of two friends on a couch watching old films featuring scary clowns, vampires and zombies. The film premiered with a red-carpet celebration including gowns, tuxedos, limousines, media and fanfare.

Katherine Beltramo, a grateful parent, put the experience into perspective sharing all her son had learned. “The film camp was a wonderful experience. It gave my son Julian the opportunity to work with other students and make friends,” she said. “It taught him about teamwork and helped build his confidence. As parents, we sometimes worry about new experiences, and seeing Julian excited about going every day was reassuring. We hope he can do it again next year.”