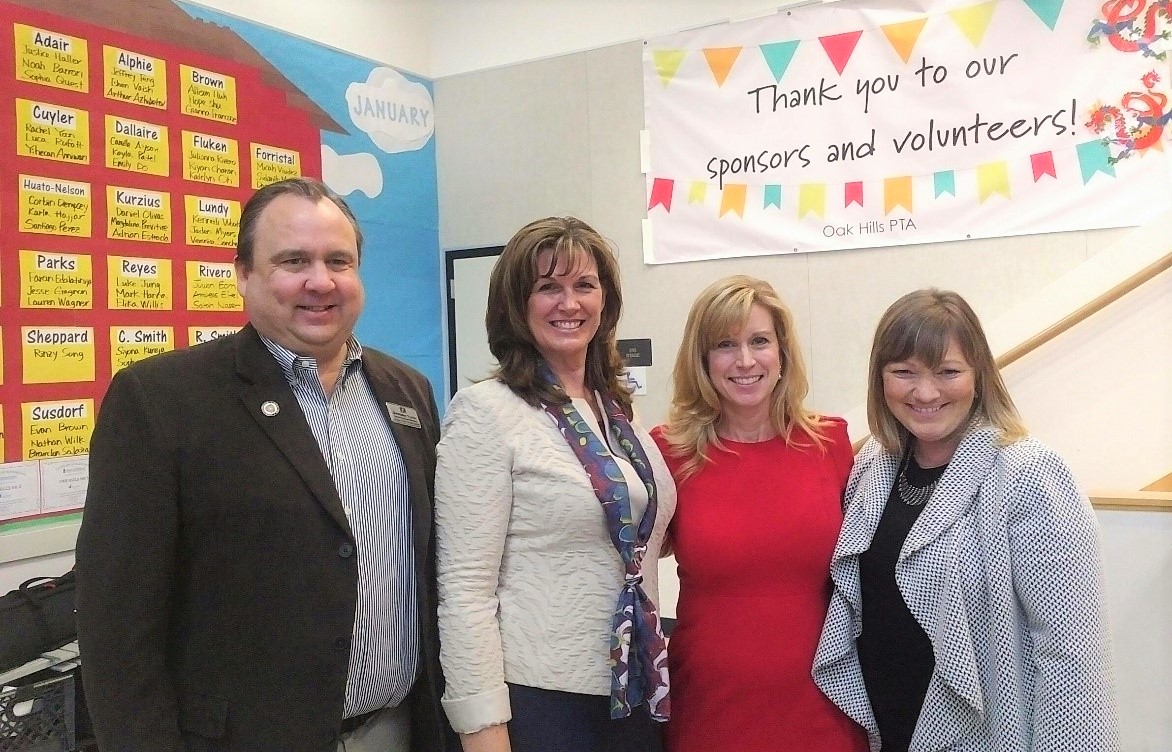 Assemblymember Christy Smith’s community swearing-in on Feb. 16 was an opportunity for the former CSBA Delegate and two-term Newhall School District trustee to connect with locals and share her education agenda. Smith (D-Santa Clarita) was elected to the Assembly with 51.5 percent of the vote in November 2018’s election and she is now a member of the Assembly Committee on Education.

A commitment to public education

Recognizing the harsh realities facing school districts up and down the state, Smith said it’s clear that more resources are needed to better serve all students. “With regard to education, we have so much work left to do,” she said. “If we learned anything from the recent (LAUSD) teachers’ strike it is that schools have done more with less.”

When asked, she said she is supportive of the Local Control Funding Formula because it gave districts more flexibility. But, going back to resources and funding, she said she believes schools need more money per-pupil, a nurse on every campus, smaller class sizes and a diversity of resources at each site. “I am going to push for more school funding in each successive budget,” she said, noting that seven of the bills in her package are about education.

The new Assemblymember said she supports Gov. Gavin Newsom’s early education efforts and focus on the issue. Ultimately, she said she wants universal transitional kindergarten for all of California. Smith also said she supports adult education programs as a way to finish high school degrees and to receive training.

The Assembly Committee on Education

Before swearing in Smith, Rendon shared a story about her passion for education.

“I remember I was at a fundraiser in Beverly Hills for Christy and she said, ‘I want to be on the Education Committee. If I get elected, I am going to ask the speaker to be on it.’” Rendon continued, “It is a committee where you make a lot of hard decisions. It told me that she has courage and a desire to transform her community. It is not lost on me that we are at a school today.”

Smith said she is serving on the Education Committee “loudly, proudly, and couldn’t be any more excited.” “About half of the state’s budget goes to education,” she added. “Why anyone wouldn’t want to sit on a committee that has discretion over half of the budget, I don’t understand.”