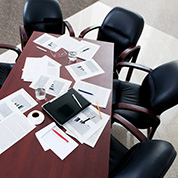 In the June 26 weekly membership eblast, we reported that State Constitutional Amendment 3 no longer addressed the lowering of the parcel tax passage threshold – a key Governance First legislative priority for CSBA. We are now pleased to confirm that Senator Mark Leno (D–San Francisco), the author of SCA 3, is not giving up on advancing a measure to provide this key tool to local education agencies – school districts, county offices of education and community college districts.

In fact, Sen. Leno’s office is committed to working with CSBA. “I understand the importance of lowering the voter threshold on parcel taxes and the benefits it will bring to local communities and school boards. My office is committed to continuing our efforts with the co-sponsors of SCA 3, including CSBA, to get this measure passed and provide Californians the opportunity to vote on this critical issue,” said Sen. Leno.

This support from Sen. Leno is welcomed news at a time when CSBA members are looking for resources to fund the acquisition of technology for the implementation of the Common Core State Standards and the new Smarter Balanced assessment system, as well as to re-establish and/or expand student programs and services that were compromised over the last five years due to dwindling resources. By modifying the Constitution to enable a 55 percent passage rate, governance leaders will have another valuable tool for funding programs at local schools. In addition to supporting local control, the lower voter threshold is also an issue of equity. Edsouce, an educational non-profit organization, recently released a report entitled Raising Revenues Locally, that analyzed the 30-year passage trend of parcel taxes in California. According to the analysis, published in May and reported in the organization’s blog by editor John Fensterwald, “had the 55 percent threshold been in effect from the start, 87 percent of parcel tax proposals overall would have passed, compared with just over half approved under the two-thirds requirement. Those districts in between 55 percent and two-thirds had a significantly higher percentage of English learners and low-income children than the districts that successfully enacted a parcel tax under current law.” This report substantiates the need and importance of CSBA’s efforts to continue to advance the lowering of the parcel tax passage threshold. Good schools are a vital part of thriving communities. We remain committed to advancing this Governance First priority. Stay tuned to the blog and weekly eblast for updates on our progress.