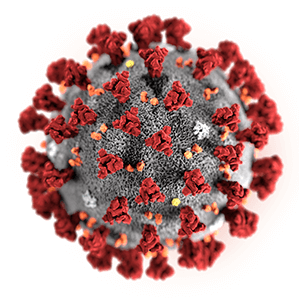 Gov. Gavin Newsom announced during a Dec. 3 press conference that, as a result of skyrocketing COVID-19 infection rates and hospital ICUs quickly approaching capacity limits, California will once again be implementing a stay-at-home order. Schools are unaffected by this new order and can continue to operate as they were prior to the announcement.

“At the moment, the existing state guidance that has been in place since July still stands and nothing will change for schools under the new stay-at-home order. Those working with small in-person cohorts or open for onsite learning for younger children can continue to do so,” said CSBA CEO & Executive Director Vernon M. Billy. “Yet, schools should be mindful of the fact that the situation is fluid and evolving rapidly, so the status quo could change based on developments in the near future.”

In the question-and-answer portion of the press conference, Newsom declined to expand on what lies ahead for public schools, saying they would be addressed later.

The updated restrictions can be viewed on the state’s COVID-19 website. When California became the first state to issue a stay-at-home order back in March, Newsom called on school officials to shut all campuses. This new order excludes local educational agencies — allowing them to fall back on the California Department of Public Health’s guidance for schools and school-based programs.

Under the guidance issued in July, schools can request waivers from their county health departments to open elementary campuses or provide in-person instruction for special education students and other high-need student groups without a waiver, even if their counties are facing a spike in cases. Additionally, those located in counties operating under the “purple” tier do not have to close campuses if they’ve already begun reopening. As of Thursday morning, 52 of 58 counties, containing 99 percent of the state’s population, are in this most restrictive tier.

The new stay-at-home orders will be grouped into five regional hospital networks, rather than individual counties, and will take effect when ICU capacity in a region drops below 15 percent. These five regions include rural Northern California, the Bay Area, the greater Sacramento area, the San Joaquin Valley and Southern California.

Data compiled by the Los Angeles Times show the state has averaged nearly 15,000 cases a day over the last week — triple the rate in the last month. COVID-19 hospitalizations have also tripled over the same period. Over the last week, an average of 67 Californians have died daily, a 60 percent jump from mid-November.

The Governor said that without further public health interventions, the state could run out of capacity in hospital intensive care units by Dec. 24 if the surge continues at its current rate. Officials announced Nov. 30 that about three-quarters of ICU beds are currently full; nearly a quarter of them with COVID-19 patients.

“The bottom line is if we don’t act now, our hospital system will be overwhelmed. If we don’t act now, we’ll continue to see a death rate climb, and more lives lost,” Newsom said.
The new stay-at-home orders will require many nonessential businesses in the regions under stay-at-home orders to close. Retail and grocery stores will have to operate at only 20 percent capacity under the order, and restaurants will be allowed to continue with take-out or delivery options but indoor dining is prohibited.