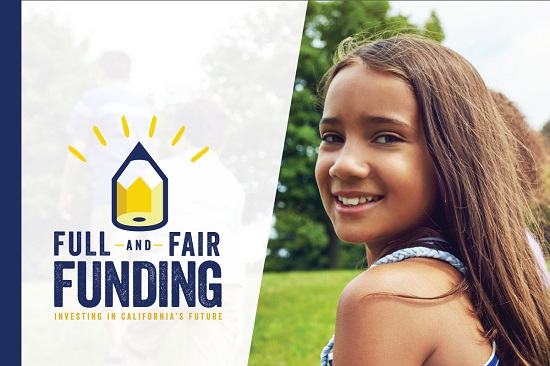 A new report released by the Albert Shanker Institute and co-authored by Bruce Baker, a top school finance expert from Rutgers University, points to the importance of increased school funding in bridging the achievement gap. “The Adequacy and Fairness of State School Finance Systems” examines funding at a national scale and finds that the “vast majority of states spend well under the levels that would be necessary for their higher-poverty districts to achieve national average test scores.”

The report provides ample support for CSBA’s call for Full and Fair Funding of California’s public schools, which are currently ranked in the bottom 10 nationally in several key categories.

The research methodology for the report goes far beyond a mere comparison of per-pupil funding to provide context such as the socioeconomic status of a district’s students, the labor market in which it is located and district size. Weighing these factors controls for variations in student poverty rates, regional wage variation and population density.

Though national in scope, the following data from California shows how far the state has to go to   provide equitable opportunities for its 6.2 million K-12 public school students.

California ranks 41st in the total value of its economy invested in K-12 education and sits well below the national average.

The report measures adequacy by looking at what a state is spending on its schools compared to other states and comparing that to the estimated spending level that would be required to achieve national average test scores in the previous year. The estimates come from the National Education Cost Model, which uses test result data across states and calculates adjusted spending by poverty level.

In this measure, California is ranked 48th among all states, only outranking Mississippi and Arizona. The money spent in high-poverty districts is a small fraction of what is required for those students to perform at national average levels.

A progressive school funding system spends more on districts with more disadvantaged students than those without. Due to the Local Control Funding Formula, California performs much better on this measure, ranking 10th when compared to other states.

California’s progressivity rating shows that its funding system is on the right track when it comes to the way in which it spends money funding education — that is, allocating more money for districts with higher numbers of disadvantaged student groups. However, there is simply not enough money to support all students — especially those at high poverty levels — in attaining optimal outcomes.

The report reaches the conclusion that “there is widespread agreement, backed by research, that we cannot improve educational outcomes without providing schools — particularly schools serving disadvantaged student populations — with the resources necessary to do so. Put simply: We can’t decide how best to spend money for schools unless schools have enough money to spend.”

Join CSBA’s call for the Legislature to raise school funding to the national average by 2020 and to the average of the top 10 states by 2025. Learn more about Full and Fair Funding and sign the petition here.