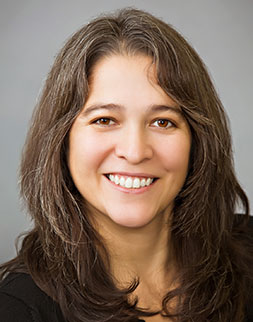 In this space last month, I commended the tireless work of trustees, administrators, teachers, classified staff and others for truly rising to the challenge and finding creative ways to teach and serve students on a massive scale and in relatively short order. And while much of the focus has been appropriately placed on the need for distance learning, what deserves equal attention is whether schools and their students have the resources to implement distance learning effectively and equitably. According to CSBA’s latest COVID-19 survey, other education organization research and a wide-ranging collection of recent news articles, the answer is no.

This unprecedented instructional shift forced by the COVID-19 pandemic is now shining the brightest spotlight yet on California’s long-standing digital divide, which undermines the academic, career and life prospects of students as well as the state’s economic potential. Particularly, students in low-income and rural communities frequently lack access to computers and broadband internet, making it difficult for schools to provide instruction in an equitable manner. To put it simply, many students lack access to technology when they need it most.

Among the sobering statistics from CSBA’s survey results:

The encouraging news is that, thanks to your participation in CSBA’s series of surveys, your association has amplified its leadership and advocacy on the digital divide, using the data to spotlight the challenges and technology needs that LEAs and their students face during the pandemic. The efforts of CSBA, state leaders and other education organizations have escalated the issue to a state-level task force created by State Superintendent of Public Instruction Tony Thurmond, which held its first meeting on April 20. In a media briefing with Gov. Gavin Newsom that same day, Thurmond acknowledged and thanked CSBA for helping the California Department of Education identify LEAs struggling with the digital divide.

And while there is undoubtedly a tall task at hand to bridge this divide, the groundswell of interest in doing so has led to some recent headway. While emphasizing the need for more partnerships and donations, Gov. Newsom on April 20 announced the state has secured 70,000 laptops, Chromebooks and tablets for California students in need. The devices supplement an earlier commitment from Google to provide 100,000 WiFi hotspots and 4,000 Chromebooks. And particularly of interest to those of you representing rural, small and medium-sized districts is the news that the California Public Utilities Commission and the CDE are partnering to distribute $30 million to support connectivity.

Your survey responses and outreach also continue to inform CSBA’s work with the State of California and various other public and private sector partners to increase vital access to the infrastructure, hardware, training and professional development that helps bridge the digital divide, close opportunity and achievement gaps and facilitate distance learning for schools struggling to connect with their students.

In a world of uncertainties, at least one task is abundantly clear. We must take comprehensive action to address the digital divide and ensure that none of California’s 6.2 million students is left behind during this crisis.