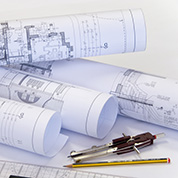 The Assembly Democrats released an outline of a 2014-15-budget proposal called “Blueprint for a Responsible Budget” on Dec. 11, just a month before the Gov. Jerry Brown is to release his budget proposal. The outline is organized around two themes: Ensuring Stability and Expanding Opportunity. It does not contain specific expenditures or funding levels; the proposals are to serve as guideposts throughout the budget process and will be updated and refined as additional fiscal information becomes available.

The outline proposes to use one-time funds to pay down pay down debts, deferrals and unfunded liabilities but doesn’t detail amounts or allocation. The major education proposals are to make transitional kindergarten universal for all 4-year-olds, strengthen early care programs for children up to 3 years old and wraparound care for children over 4 years old, and to increase funding for higher education. Preschool may also be a policy priority of at least some Senate Democrats too.

The Los Angeles Times quoted a spokesman for Senate President Pro Tem Darrell Steinberg as noting “there is much common ground between us on the approach and priorities that the Assembly Speakers outlined.”  Sen. Steinberg has been a long-time proponent of improving the quality of early education so it will be interesting to see how the universal transitional kindergarten proposal evolves.

Other articles quote a Brown administration spokesman as saying the governor’s priorities will be paying down long-term debt and building a budget reserve with the state’s anticipated surplus. The governor is to release his budget by Jan. 10.

The key elements of the outline are summarized below and the complete outline is available from the California State Assembly Democratic Caucus:

Blueprint for a Responsible Budget Summary