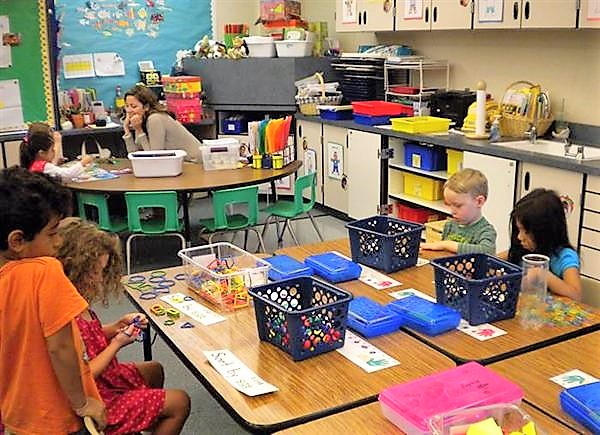 California increased its early childhood education funding and enrollment in 2017–18, but fell below the national average for meeting minimum quality standards, according to “The State of Preschool 2018” annual report from the National Institute for Early Education Research.

The pre-K programs — composed of the State Preschool Program, Transitional Kindergarten, Head Start and special education — enrolled 242,297 children in 2017–18. More than 15 percent of all U.S. children in state-funded early education programs are in California, the research found.

California’s increased access and funding contrasts national trends, as the NIEER found many states are decreasing state spending per child and not doing enough to increase enrollment. These developments come despite increased knowledge that early childhood education programs help lay a strong foundation for a child’s emotional, social, mental and academic development.

“Nationally, we are disappointed by the lack of progress,” said NIEER founder and Senior Co-Director Steven Barnett. “California is moving in the right direction, expanding pre-K enrollment and increasing funding. But more progress is needed on meeting quality standards as well as expanded access.”

Faring better but still with room for improvement, the State Preschool Program met six of the 10 benchmarks. Researchers said a key shortcoming was that the program does not require teachers to have a bachelor’s degree, nor does it provide salary and benefit parity with grade K-3 teachers.

The NIEER’s report comes at a juncture of increased interest in early childhood education both at the state Capitol and district offices throughout the state. Gov. Gavin Newsom’s 2019–20 budget proposal calls for a significant focus in the area by providing $1.8 billion for early childhood education and childcare. The budget also includes $125 million in non-Proposition 98 General Fund money to expand the State Preschool Program by increasing access to subsidized full-day slots for low-income 4-year-olds.

For 2017–18, the NIEER ranked California 14th in the nation for pre-K access for 4-year-olds and eighth for 3-year-olds. Sixteen percent of 4-year-olds were enrolled in the State Preschool Program, while 21 percent attended Transitional Kindergarten and 7 percent were enrolled through Head Start. Meanwhile, 78 percent of 3-year-olds were not enrolled in any early childhood program (11 percent were in State Preschool and 3 percent in Head Start).

Nationally, just a third of 4-year-olds and 5.5 percent of 3-year-olds were enrolled in public pre-K programs.