This is the fifth in a series of blog posts by the Council for a Strong America highlighting creative partnerships between communities, boards and school districts.

Today, we know that the number on the scale can be a matter of life or death. Inactivity alone is now on par with smoking in its ranking as the fourth leading cause of death worldwide.

In California, an estimated 40 percent of ninth graders are considered to be overweight or obese.

If we want to get serious about addressing obesity and the obesity-related illnesses that plague our nation, we need to look to the front end of the issue. Too many of America’s children are sedentary, overweight, and out-of-shape. Childhood obesity rates have tripled in one generation. When combined with a general lack of physical activity and exercise, obesity during childhood increases the likelihood of diabetes and heart disease in adulthood.

In California, an estimated 40 percent of ninth graders are considered to be overweight or obese. Many of these children are growing up in poor and struggling communities where green space is hard to find and playgrounds aren’t always safe.

Which is unfortunate when you consider that regular physical activity could help prevent many of the obesity-related illnesses that plague Americans today. Research has confirmed that exercise can help stabilize blood glucose levels, prevent or delay the onset of type 2 diabetes, improve cardio-vascular health and overall quality of life.

If kids were getting adequate time for physical activity and education during the school day, it might not be an issue. However, fewer than half of all school districts in California meet state requirements to provide 200 minutes of quality physical education  every 10 days. This equates to 20 minutes of PE each school day.

Providing students with daily PE and other opportunities for physical activity in school can help prevent them from becoming obese, increase their overall health and wellness – and it can even boost their academic achievement. A study published in the Archives of Pediatric and Adolescent Medicine found that students who are physically active earn higher grades (up to 40 percent higher test scores) and score better on achievement tests than their inactive peers.

Because children spend the majority of their waking hours at school, teachers and administrators play a vital role in the fight against obesity by giving students more opportunities for physical activity before, during and after the school day. Ensuring that kids have safe routes to walk or ride their bikes to school will go a long way towards keeping them active and making sure that their minds are sharp and ready to learn once they arrive. Ensure that PE classes are included in students’ daily schedules, and encourage teachers to incorporate physical activities in their classrooms.

Parents and caregivers can get involved by setting good examples at home. Signing kids up for the neighborhood soccer league or swim team and taking family hikes will help keep them healthy and fit. Promoting outdoor playtime over video games and computer time is another step in the right direction.

Our collective goal should be to produce a new generation of healthy Americans who include regular exercise on their daily to-do lists. If we work together, we can help all children learn to see exercise as something they need to do everyday, just like brushing their teeth or washing their hands.

As an Olympic athlete and member of Champions for America’s Future, I know how important regular exercise is both physically, psychologically and physiologically. I strive to maintain an active, healthy lifestyle and want the same benefits for all children and families in California.

The sooner we realize that childhood obesity impacts us all, the better. From being able to create a viable workforce to the financial drain on our public institutions and healthcare system, we all feel the consequences of not addressing the needs of our children’s health. We simply cannot afford to not take action. 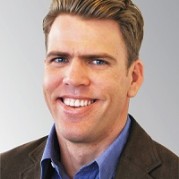