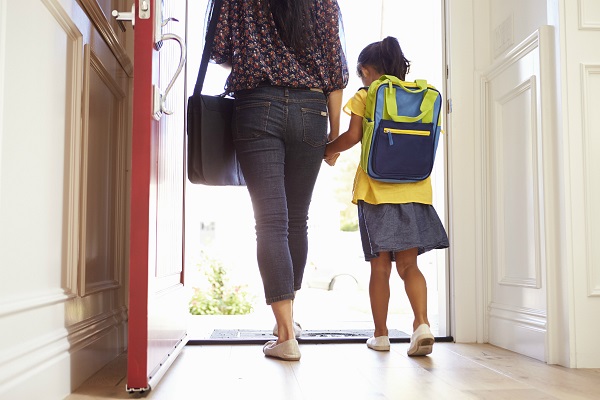 “What has COVID-19 taught us about the digital and opportunity divides in America’s schools?” Brookings Institution researchers asked of a panel of education officials during a Nov. 9 webinar. The answer — or at least one of them — is that family engagement is critical to student success but is more complicated than ever.

Danna Diaz, superintendent of Oregon’s Reynolds School District, told the story of one mother who worked two jobs and spoke Swahili as her first language. Just as all parents have had to during the pandemic, this mother had to become an even more active partner in her children’s education. However, unlike primarily English-speaking caregivers, she faced a language barrier that put her kids at an even further disadvantage.

The issue was raised in discussions with Reynolds School District’s new parent advisory committee, which has provided insight into what supplemental services would be especially useful. In addition to the standard meal service supports and shifts, parents asked for “how-to” videos in different languages.

Diaz said her district is now trying to create support videos in different languages and find translation resources from community-based organizations. The district also partnered with language liaisons to provide translation and interpreter services to support families as they too figure out how to use the technology required for distance learning.

Adults’ lack of familiarity with technology is something other district’s have found to be a barrier to virtual learning as well.

Leslie Torres-Rodriguez, superintendent of Connecticut’s Hartford Public Schools, noted that while the initial concern in March was ensuring that all the district’s students had the devices and connectivity they needed at home to participate in online learning, that was just the first step.

“We know so much more now than we did back in March. We have learned that while we have to attend to the hardware and making sure that we secure that for students, that there’s also a divide with our families’ and caregivers’ ability to support our students with their learning for those who are remote,” Torres-Rodriguez said. “It’s not just about ensuring that we have reliable access — that’s key. But then it’s also asking, ‘how do we support our families and students?’”

Torres-Rodriguez credited the community-based organizations that have worked with her district to support families, many of whom are dealing with job loss and homelessness.

There is no question communities throughout the country have come together and stepped up to support children and their families during the pandemic, but with local resources stretched beyond their limits, it is crucial that the federal government provides significant assistance, said Mayor McKinley Price of Newport News, Virginia.

Price said that with so many parents working two or three jobs, parents who are dealing with a looming eviction, parents behind on their bills as a result of job loss or reduced hours because of the pandemic, schools and city’s alone cannot provide the sort of support families need in the long term.

While districts have essentially had to become internet providers, the federal government must ensure, among other things, that low-cost WiFi access is a permanent fixture in every community so that no student falls on the wrong side of the digital divide, whether they live in rural towns or low-income urban neighborhoods.

“We all are in this together. We can’t do it community by community — there has to be a national push,” Price said. “It’s a complex thing for parents who are poor right now. It’s something we’re going to have to address nationally. We need money to do that, and we need money that comes directly to cities most effected.”