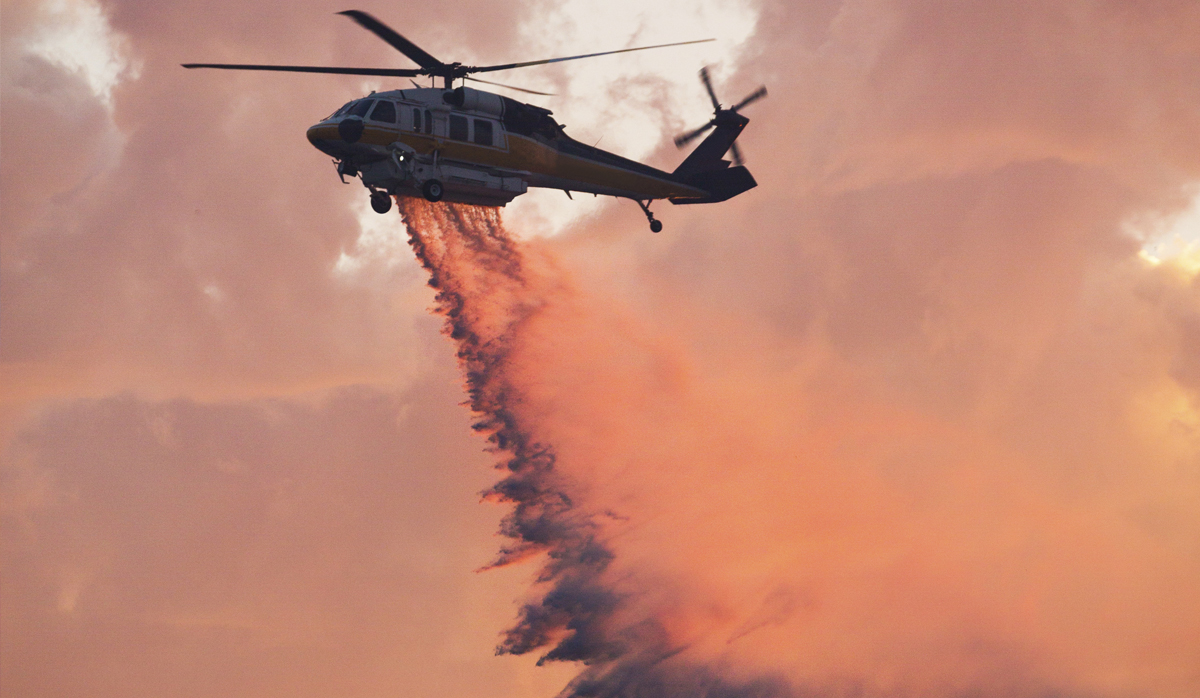 Amid all the chaos, loss and grief impacting their family, friends and community during and after the Camp Fire, a top priority has persisted for Paradise Unified School District board members — providing students with a place to attend school in the town they call home. “We did not want to shut down,” board member Rich Gingery Jr. recalled. “That was the talk in the beginning. And we as a board said, ‘no, we’re not going anywhere.’”

One year after the devastating November 2018 wildfire that left 86 people dead, a town largely destroyed and more than 1,000 students and staff displaced, students — significantly more than anticipated — are several months into the academic year at school sites in the town of Paradise. That fact, combined with the success of last spring’s graduation ceremony at Paradise High School and the powerful first day at campuses this fall, served as emotional but validating moments for board members. They recently looked back on the highs and the lows, while acknowledging there is years of work left to do.

‘Kids have never needed us more than right now’

Board Vice President Melissa Crick, a district parent elected in 2016, described the last year’s collection of duties as “probably one of the most personally taxing things that I’ve ever been involved with.” In the fire’s wake, the board and district administrators were making day-to-day decisions based on information that could change at any moment, leaving them unsure if they were choosing correctly. “There’s always that fear that you’re going to get something wrong at the expense of 1,500 kids who have never needed us more than right now,” Crick said.

Seeing students return to Paradise campuses this September offered a moment of relief, as Crick said officials were not sure which sites were going to be available for use just a week and a half before the school year began. Questions and anxiety surrounded power issues, tree issues and water quality issues in a summer ripe with plans and backup plans. “I feared the failure,” Gingery said. “I feared the ‘we didn’t get it open.’”

This school year, students from two elementary schools are merged on what was once the middle school campus, while seventh- and eighth-graders moved over to Paradise High, its campus spared from the firestorm.

It wasn’t alignment of the stars that bred this positive outcome, however, but rather a culmination of a governance team’s strong relationships, open communication and willpower to serve its community. Crick is quick to credit Superintendent Michelle John and her cabinet for keeping board members apprised and informed throughout the entire process. “Things really fell exactly into place. I couldn’t imagine us surviving with any other superintendent or with us having a different board,” Crick said, calling the cabinet the “backbone” of the effort.

Board President Mike Greer said that foundational sense of unity and teamwork — reinforced by the entire governance team enrolling in CSBA’s Masters in Governance program last November — allowed board members to push small disagreements to the side and keep the well-being of students at the top of their minds. Greer said the Paradise Unified governance team’s interactions in the last year were the epitome of the lessons learned in the MIG program. “We did the right thing,” he said. “It didn’t matter how much work or how much we went through. We were able to accomplish what our students needed.”

Greer, a retired educator elected to the Paradise board four times, found his role as president amplified to a new level beginning on day one of the fire. Until midnight, he waited with district leaders at the staging area until the final student was picked up or reunited with family. No Paradise Unified students died in the Camp Fire, a fact Greer attributes to school being in session despite notice from Pacific Gas & Electric Co. the day prior advising that it might cut the region’s power supply due to extreme fire risks. That decision was the first of many in which Greer would play a role.

All hands on deck

Though his home was destroyed in the blaze, as were those of other board members and countless district students and employees, Greer said his status as a retiree with a vast education background allowed him to be in the room when critical discussions and decisions about facilities, funding and safety were on the table. “We had to meet constantly, all the time,” he said. “I was in meetings every day.” He often passed on pertinent information to his fellow board members either at or before board meetings, which escalated from being held once a month to occurring as often as several times a week.

Early on, the pressure facing the district to find facilities for students was immense, Greer said. “We knew we had to get the kids back in the school,” he said. “These kids going through trauma needed their teachers and needed their school.”

To help assess available district facilities and assets, Gingery offered his local expertise and took part in an exercise that took a great toll on him. He teamed up with district maintenance staff and Federal Emergency Management Agency crews to go into the closed-off disaster zone to see what was still standing in a district with a service range of almost 77 miles. The results were devastating. “I wasn’t prepared for that kind of damage, and I wasn’t prepared to see that kind of loss,” Gingery said.

With the fire still burning and ash raining down, the Butte County Office of Education and neighboring districts played a key role in making available facilities to house displaced Paradise students. While some of the settings were far from ideal, including a shuttered Orchard Supply Hardware store, the most important thing was that students once again had a place to call their own. “We could not have done it without them,” Greer said of neighboring agencies and the county office. “They banded together and helped us all.”

Likewise, Crick, Gingery and Greer praised all of the people and organizations that aided the Paradise Unified community in its time of need. From gift and gas card donations, which Greer said totaled almost $100,000, to contractors helping prepare the Paradise High football field for commencement ceremonies, donations and support poured in from across the state and nation.

The long road ahead

Much to the surprise of district officials, nearly 50 percent of Paradise Unified students returned for the beginning of the 2019–20 school year. It meant there were even more hugs, tears and reunions on the first day than anticipated. “Those first few days on campus were emotional for all of us,” Crick said.

But Greer said the district must be cautious of the fact that enrollment may drop significantly next year, as families and businesses alike begin to restabilize and decide whether they will rebuild in Paradise or chart a new course. To help address obvious funding concerns tied to average daily attendance, Greer has spent time both in Sacramento and Washington, D.C., advocating for legislation and regulations that will help Paradise Unified get back on its own feet. “We have to look at funding. What’s going to happen four or five or six years down the road as we try to do all this?” he said.

At the same time, Greer and Gingery agreed that out of a devastating disaster arises an opportunity for the district to create a comprehensive five- to 10-year vision detailing how it will serve current and future students. And both said they believe the board has emerged from the disaster with a renewed focus and understanding of just how important schools are to a community, especially one that is still hurting and rebuilding.

Editor’s Note: This article appears in the Winter 2019 edition of California Schools magazine.