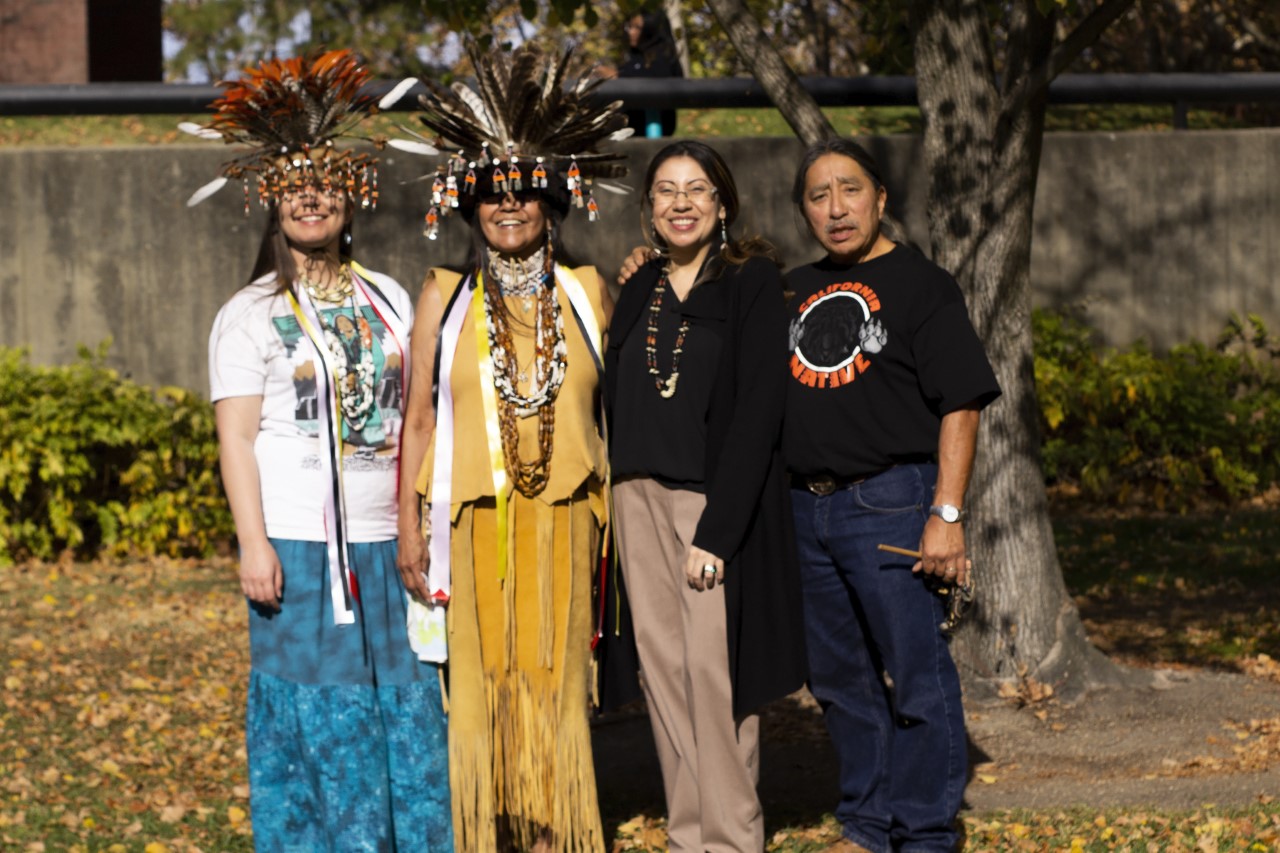 November is National Native American Heritage Month, a time to recognize the significant contributions the first Americans made to the establishment and growth of the United States. CSBA talked to Crystal Martinez-Alire, CSBA’s Director-at-Large, Native American and trustee in the Elk Grove Unified School District, about her research into the Native community, what is missing from the current ways Native American studies is being taught and how board members can best serve Native American students.

Can you tell us a little about your research interests related to the Native American community and education?

My dissertation was on tribal leadership, education and cultural knowledge. I looked at tribes across the United States for historical background and here in California and interviewed people to find out what emerging themes are critical within the Native community and how that impacts education. I’ve also published research in the Journal of Transformative Leadership and Policy Studies with a colleague, where we focused on American Indian ways of educating through stories and culturally embedded practices while building pathways toward student success. I have previously helped with authoring a chapter in the ethnic studies curriculum that was adopted by Sacramento City Unified School District, Our Stories in Our Voices, by Dale Allender and Gregory Yee Mark. My colleague and I authored the chapter on California Native American history, which included Native community member stories.

Why do you think it is important to have something like the Ethnic Studies Model Curriculum in CA?

I feel it is critical because it is another form of helping to educate students. I have a background working in the community colleges as well previously working at UC Davis and CSU Sacramento in their Native American Studies departments. I find that students at the higher education level often make comments such as, “Wow, I didn’t know half of the history that I missed out on until I took this course and I am intrigued to know more about the different communities and ethnic populations, especially Native American history.” So, I really see this model curriculum laying the groundwork to help bridge K-12 education to higher education and raise awareness on ethnic studies, and also helping to inform students of career and major options.

What are some issues that have been identified in the Ethnic Studies Model Curriculum by you and other Native American scholars?

One of the areas we feel is vital to understand and teach about are those things happening in our current Native American communities and tribal governments. Oftentimes, the narrative is that tribes were a thing of the past, not focusing on that they are still here today. Specifically looking at tribes in California, there are anywhere from 109 to 113 federally recognized tribes — that number fluctuates due to tribal sovereignty status, which is something that has to be gained through the federal recognition process. Tribes are very diverse throughout the state, which makes us unique in California, and I feel this would be a great opportunity to showcase that. There are only a few tribes mentioned in the curriculum — it is important to reflect the stories of many tribes throughout the state.

There are many Native American educators and organizations in the field that the curriculum authors can speak with to bring more information and resources to the table. It’s significant for the Native studies curriculum to tell the accurate history of California Native American people, but to also recognize the lands of the people and how the community is still here and accomplishing many things in the areas of education, housing, economic development and much more.

What is the importance of a “place-based” approach in teaching Native American Studies?

I feel this is a critical point, it traces back to the history of the land and its people. Many tribes are working with local California community colleges, CSU’s and UC’s to draft land acknowledgement statements, which gives that recognition and homage to tribes that were on the land prior to the education institution being built.  It is recognizing that there is a local, regional Native American community and bridging a partnership where we can work collaboratively. Acknowledging the land also acknowledges the history of pain that many of the Native people had to endure. Tribes that are here today are here because of the resilience of their ancestors that put up the fight to exist. Recognizing these histories, finding out the tribes and leadership specific to an area and inviting tribal leadership to your schools and colleges provides an opportunity to collaborate and work together for students.

Will you tell us about your own background and what lead you to become a board member and advocate?

I am a product of the district that I now currently serve as a trustee. I started out as a student in Elk Grove Unified School District’s Head Start Preschool Program. Later, I was able to sit on the Indian Education Program Committee as a student representative. My mother and my grandparents always instilled in me the values and importance of education. They were very involved in the Native community, especially in the education realm — the Native American Indian Education Program has parent representatives and community representatives. In the last year of high school, I had to complete a senior project to graduate; I chose to make a traditional Miwok dress.

With that, I was able to showcase a little bit about my culture, some tribal traditions and history. I grew up as a Miwok traditional dancer. We also had a Native American Student Club at my high school. I was always involved in those cultural classes or participating in some type of dancing or ceremony, and that was a very important part of who I was as a student. I graduated and went on to get my bachelor’s degree, and then my master’s and doctorate. I worked for the school district in the Head Start preschool program as a paraeducator for 10 years.

When I went on to get my higher education degree, I said, “I really want to come back and help the community, students and families that I was a part of, and help make as many best informed and researched decisions as I could.” That’s where my purpose is and what made me want to come back, to not just help and support Native students, but all students in Elk Grove USD.

What are some things a comprehensive Native American studies curriculum, especially for California, should address?

The American Indian Religious Freedom Act is critical. Sovereignty, understanding what sovereignty is, the Marshall Trilogy, the Indian Education Act, California Native history, and what Title VII is and how that came to be. The Indian Child Welfare Act is really critical — understanding that too many Native children grew up removed from their homes. Learning about the Department of Interior, the Bureau of Treaty Affairs, and then learning about tribal government — including today’s tribal governments. We have a diverse community of leaders that are representing their tribes and their people. It’s understanding issues our tribes are encountering today. Understanding the concerns or barriers they see for their communities or for their students.

I also feel that California is unique in the sense that there was a massive genocide of Native people that occurred here during the Gold Rush Era. And now, we see how the statue of John Sutter was removed [in Sacramento], and what that means for the Native people. It’s important to know about the current issues that are facing tribes and the work that they continue to do to help bring about transformational change.

I often hear tribal communities say they get overlooked. Their voice is often not heard, because maybe they make up a small population of the student body, but that doesn’t make it any less meaningful.

What can board members do to encourage the support and success of Native American students in their district?

Board members can help build communication with the Native community that’s in their area. One way to start is to recognize the place-based approach, recognizing and acknowledging the land, becoming familiar with what tribes are in the region, and what types of services or resources could be available to students. Sometimes there could be community agencies, for example, that reside right there and are neighboring to that school district, where they may able to get services for that student or family, be it counseling, mental health or social services — even health care.  So, being a bridge and facilitating communication between the Native community and the school district to help invite in those educators or invite in those tribal elders in the community to share stories.

That’s one thing that’s important with the Ethnic Studies Model Curriculum. I feel it’s a great opportunity to share stories of role models in the Native community. Hearing their personal story or their journey helps students to connect, but also allows our Native students to see their reflection in their texts and history.