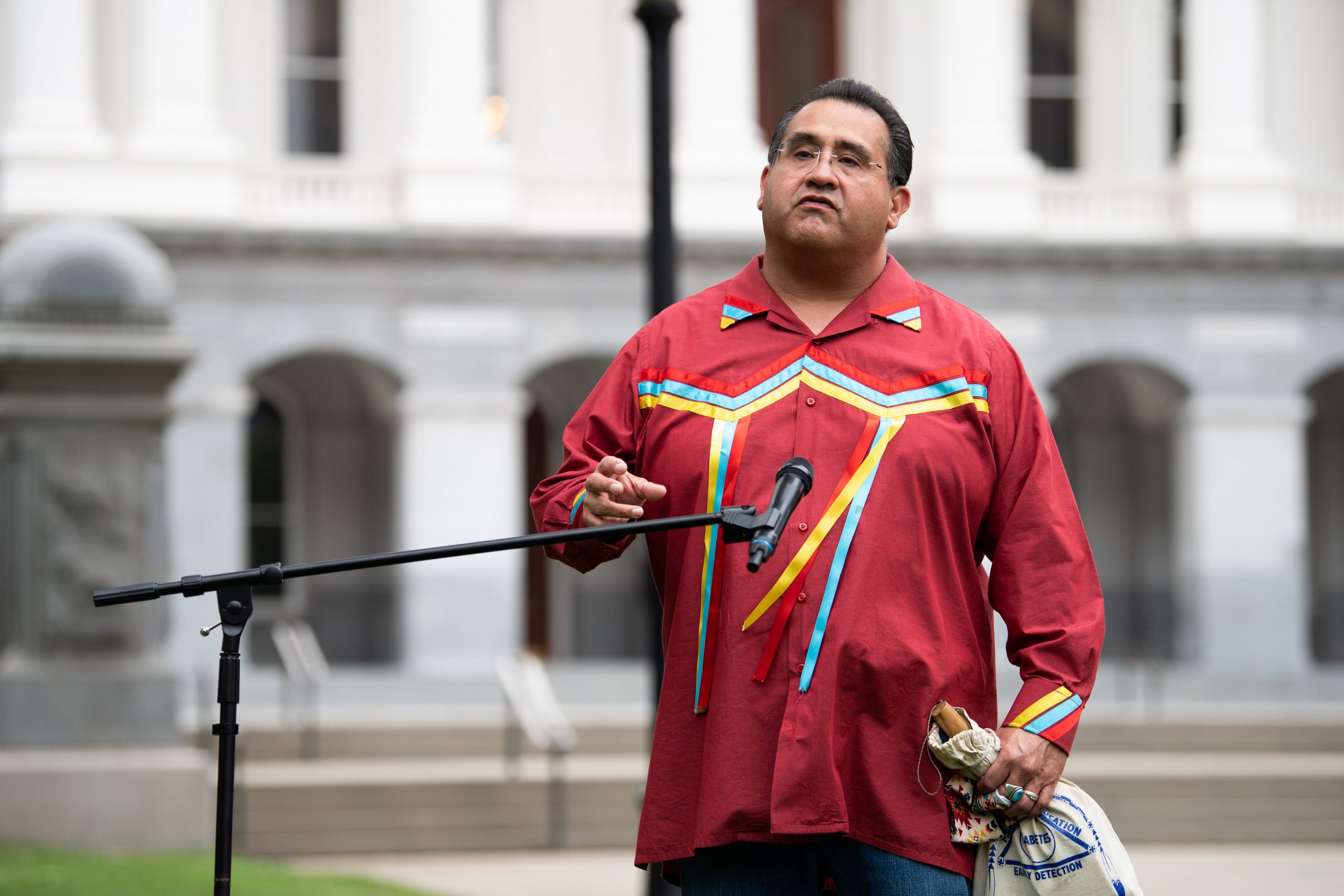 CSBA spoke with Assemblymember James C. Ramos (D-Highland), a member of the Serrano/Cahuilla tribe and lifelong resident of the San Manuel Indian Reservation in San Bernardino County, ahead of November’s Native American Heritage Month. In 2011 he became the first Native American appointed to the State Board of Education, and in 2018, the first Native American elected to the Assembly, where his experiences in local public schools continue to shape his work tackling issues that have long gone unnoticed or unaddressed.

“Going to local public schools was always a challenge for myself and others because of the lack of knowledge of the true history and culture of the Californian people, let alone Serrano and Cahuilla people,” Ramos said. “The schools then would still try to pan-Americanize the whole approach to the Native American culture. It was trying to fit everybody into one type of stereotype — all Indians lived in teepees, all Indians use drums and all Indians spoke the same language, when that wasn’t really the case, and it still is not the case here today.”

He recalls an instance where educators played a drum song in class, told the Native American children to identify themselves by raising their hands and asked the students to explain to the rest of the class the meaning behind the song. “We said, ‘We don’t know. That’s not a culture.’ They said, ‘Well, sit down. You must not be Indian enough.’ That stayed with me,” Ramos said.

That and similar occurrences during his formative years propelled his work in the late ‘90s on the California Indian Cultural Awareness Conference — still held each year at California State University, San Bernardino. Through the program, students learn facts, not stereotypes. Third- and fourth-graders in San Bernardino County are taught about the basket-making techniques of the local tribes — Cahuilla, Serrano and others — as well as traditional songs, sung with the accompaniment of gourd rattles and elderberry flutes. Students learn that local tribes once lived in kiich, or dome-shaped homes made of willow brush, rather than teepees.

“It’s been over 20 years trying to fix those misconceptions,” Ramos said. “Over 50,000 students from San Bernardino City Unified School District and San Bernardino County schools have come through that program over the years that I’ve done it. And to hear them singing the song all the way to the bus lines and the teachers, working, engaging with the teachers — it’s a successful program.”

As with his work prior to becoming a member of the State Legislature, Ramos’ continues to prioritize re-educating the public and protecting the rights of Native American youth —in the classroom and beyond. “We have so much to catch up on for over 170 years,” he said. “We’re still battling to make sure that all those areas continue to be advocated for and highlighted.”

Ramos has been busy doing just that. In the final week of September, Gov. Gavin Newsom signed seven of the Assemblymember’s bills, including Assembly Bill 1055, which extends the same protections to students in tribal foster care as other foster students. Specifically, the bill revises the definition of students in foster care for purposes of the Local Control Funding Formula and for purposes of specified educational rights of students in foster care, to include those students subject to a voluntary placement agreement and by eliminating the requirement that a dependent child of the court of an Indian tribe also meet the definition of a dependent child of a county court. This discrepancy previously delayed services for Native American youth in foster care despite their being eligible for the same support resources as their non-tribal counterparts.

Another bill, AB 338, removes a provision in state law requiring maintenance of the controversial Junipero Serra statue that was toppled by protesters on July 4, 2020, and instead will allow for the creation of a monument honoring Sacramento-area tribes — the Miwok and Nisenan people — in Capitol Park.

Many of Ramos’ bills have a symbolic aspect, largely because the simple act of recognizing history rather than romanticizing it can allow the healing process to begin. “It definitely goes back to a historical trauma, that history. Growing up, just my experience in the local school system and now working on all these issues, it’s acknowledgement — acknowledgement that our past is not as rosy as maybe history books have portrayed it to be,” he said.

“There were a lot of issues that still plague most communities and our people,” Ramos said, noting that suicide and alcoholism rates in Native American communities are extremely high, while graduation rates are too low. “I believe it goes back to not acknowledging some of the bad stuff that happened in history. When people start to learn [accurate history and facts], and our own people learn about their culture and they’re sharing it with their classmates, then it does lift their spirits up, makes them prouder, and they do excel.”