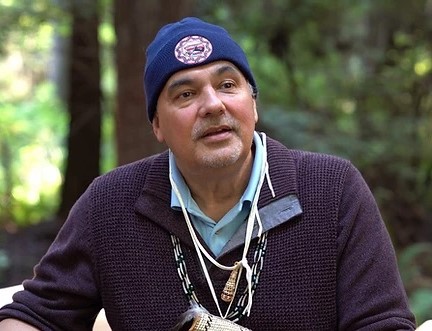 In honor and recognition of Native American Day, celebrated in California each year on the fourth Friday of September, CSBA spoke with recently appointed California State Board of Education member Jim McQuillen about his background and a number of key issues facing American Indian students today. McQuillen, a Yurok tribal citizen, is from the village of Turip along the lower Klamath River and has been an education advocate for 30-plus years.

Q: Can you briefly summarize your position as Director of the Yurok Tribe’s Education Department?

A: I have been the education director for California’s largest tribe, the Yurok Tribe, for 16 years now.  The Yurok are a very resilient people that have existed on the North Coast of California along the Klamath River since time immemorial. The Yurok Education Department includes three Head Start Child Care Centers, a K-12 tutoring and college readiness program, the Yurok Language learning program, a Boys and Girls Club and a College-Going Support Program. I left home back in 1980 to get an education but was eager to return to help my people. I have been back for 30-plus years now as an educator and a licensed mental health professional with the goal of making a difference for children and the community that I am from.

Q: What was your own upbringing and experience in the education system like? How have or haven’t things changed for Native American students?

When I was about 8 or 9, a group of Yurok elders came to my school and pulled many of us Indian kids out of class and into a room. I remember being a little embarrassed at being singled out as an Indian as I left the classroom, but the elders were there to teach us about ceremony. It was my first lesson in Brush Dance that has become such a powerful and meaningful part of who I am. In high school, I wanted to take college prep classes but my school counselor encouraged me to take shop classes. I ignored her advice and took college prep classes anyway. I was the first in family to break the mold and get a college degree. I am proud to say that many others in my family have followed and other families in our community have also continued on with their education and have pursued degrees.

Today, things have changed somewhat and school counselors are a little more sensitive to the academic needs of American Indian students as well as all students. There continues to be higher-than-average rates of dropouts and an achievement gap with California American Indian students. In some colleges, the less than 1 percent enrollment often means they are not even acknowledged in their stats.

Q: What are some of the highlights of your 30-plus years as an education advocate?

In my early years working with the schools, I realized that Indian parents would come to the school board meeting upset because their student was not getting the help they needed or was being punished unfairly compared to other kids. It was a frustration that wasn’t always heard. We decided to create a report card. The American Indian report became a yearly statistical account of how our kids were doing academically in the region, their attendance, their discipline, graduation rates and then we compared these numbers to the general population of the schools. This specific reporting on a demographic often deemed “statistically insignificant” empowered the Native American community and provided essential leverage to take to the school board and sparked changes to come.

We need to continue regional report cards on the status of how American Indian students are doing in each county, such as test scores, cohort graduation and dropout stats, leadership participation, A-G completion rates as well as other progress information.

Q: Can you tell us more about your work to introduce the Yurok language to three school districts?

A: Yurok language in the local school districts came with the help and approval of our first language original speakers. At the time, there were only a handful of elders who could speak Yurok as their first language. Through classes, interviews and recordings we were able to preserve and continue to help the Yurok language to thrive. Cherished elders were eager to help and gave so much sacrifice to the promote and preserve the Yurok language. Today, the language classes offer a great source of pride and identity reinforcement for the 1,500-plus Yurok students in the region.

Q: How can the state and local districts broaden their curriculum and materials to include more on the culture and history of the state’s original inhabitants?

A: There is a plethora of curriculum that has been developed on tribes of Northern California which can serve as positive examples for all school districts. Lessons and units such as Ka’m-T’em – Indigenous knowledge, Indians of Northern California developed by Klamath Trinity Joint Unified School District, the Indian Land Curriculum or other model lesson developed by Del Norte Schools. Many resources have been gathered by the California Department of Education’s American Indian Education oversight committee.

There is much frustration for American Indian people in the lack of true history or the lack of American Indian history in the classroom. One strategy that is helping some, is the addition of an elective at Del Norte County High School to include a Native American Studies class. This pilot class has helped students — American Indian or not — to digest American history from the tribal perspective, while teaching culture and helping to reduce the achievement gap for high school students.

Q: What opportunities do you see to advance issues important to all students, but particularly ones who are Native American, with your appointment to the State Board of Education?

A: I will continue to draw attention to the achievement gap between American Indian students and the rest of the student population. We’re at a time right now when there is a lot of attention being placed on issues surrounding the lack of understanding of different cultures. Teaching all people in different positions of authority, especially positions of power — including police, teachers and medical professionals — is crucial. The results of not understanding other cultures is being seen right now with the nation in turmoil. Police brutality, unjustified police killings and continued discriminatory behavior is the result of a lack of cultural sensitivity and understanding.

We can encourage educator development to teach about the first peoples of California and communicate the real history of native nations who exist in every school district. We need strategies to get more American Indian teachers and people of color into the classrooms so that American Indian students can see people like themselves.  There are over 120 tribes in California alone and over 560 across the nation, and that’s just those that are federally recognized. Each of these tribes are different with their own rich culture, language and stories.

Native culture can be taught by way of any subject in school and may enrich various lessons to teach all students. It is public education’s responsibility to reflect the communities we serve, and I hope to do my part to ensure we are moving in this direction.

Editor’s note: This interview was edited for length and clarity.