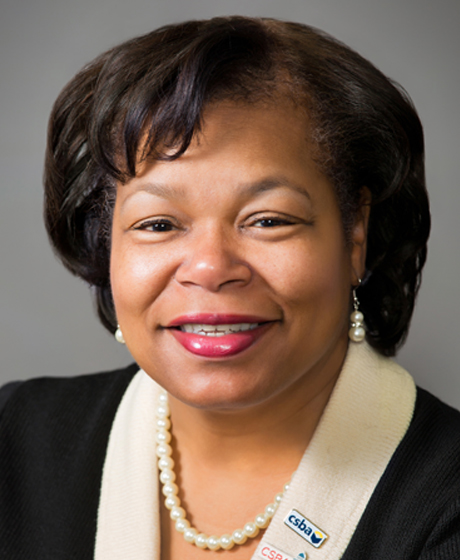 It is one of the great honors of my life to serve as President of the California School Boards Association and advocate for the needs of students — all students — at the highest levels. I reflected on this during the Annual Education Conference when the Delegate Assembly rose as one to recite the Pledge of Allegiance. Hands on our hearts, we concluded with the phrase, “with liberty and justice for all.” Those words provide the guiding principle for the United States of America. As a nation, we often fall short of that lofty goal, but we must always strive to bring the country closer to this ideal.

The concept of justice formed the bedrock of my career as a member of the Judge Advocate General’s Corps, commonly known as the JAG Corps, in the United States Navy. Justice will also be the north star of my tenure as CSBA president. And let me be clear — there is no justice until we succeed in closing the funding, opportunity, access and achievement gaps that prevent too many of our students from accessing a high-quality education.

I can relate to the challenges these students face. I grew up in the 1960s and ’70s as a young, black woman in Memphis, Tenn. Terms like liberty, equality and justice rang mostly hollow for people who looked like me. I didn’t have the benefits of my contemporaries born into more comfortable circumstances. I began K-12 with deficits related to a lack of support at home. That was compounded by a lack of support for my academic career once I entered school. It soon became apparent that my school was a “self-serve” system and I would have to scratch and claw to get what I needed and to make something of myself. I was able to do exactly that as a prosecutor and law professor in the Navy. There were others, however, who were just as talented, who didn’t make it and fell through the cracks.

I want better than what I experienced for California’s students, and they deserve more than what we’re giving them currently — per-pupil funding that ranks 41st in the nation and rock-bottom staffing levels in almost every category. We have a social, moral and economic imperative to provide all students with the resources needed to succeed. The cover story in the fall issue of California Schools magazine made this point when it quoted the U.S. Supreme Court decision in Brown v. Board of Education, which stated that, “Today, education is perhaps the most important function of state and local governments…In these days, it is doubtful that any child may reasonably be expected to succeed if he is denied the opportunity to an education. Such an opportunity, where the state has undertaken to provide it, is a civil right which must be made available to all on equal terms…”

More than 60 years after this legendary ruling, we have yet to satisfy its terms, and what’s worse, the cost of missing out on a high-quality education is greater than ever. Gone are the days when America’s economic supremacy went virtually unchallenged and when there was a clear path to the middle class for many families. Instead, we have an increasingly global and technological society that places a premium on higher education, math and science, creativity, project-based learning, multilingualism and critical thinking skills. The question we have to ask is, “are we doing everything we can to prepare every student for this world, and if not, are we doing right by them?” The data says we are not.

A look at the National Assessment of Educational Progress shows that California students trail the national average in student achievement. In A Portrait of Educational Outcomes in California, one of the reports in the Getting Down to Facts II project, authors Sean Reardon and Chris Doss document that most of the difference is attributable to districts where most of the students are low and middle income. In these districts, California students perform almost a full grade level below their peers nationwide who come from similar economic circumstances.

No matter which metric you use, low-income students and more, specifically, Latino, African-American, Native American, Pacific Islander and certain ethnicities within the larger Asian student population are struggling to keep pace. While progress is being made to close the achievement gap, it’s not coming nearly fast enough. At our current rate, we’re generations away from equitable student outcomes, and that’s unacceptable for our students and for those who are committed to the concepts of liberty, justice and equality. I hope you will join me in 2019 as we work to fulfill the values of the Pledge of Allegiance and to provide justice for all California public school students.