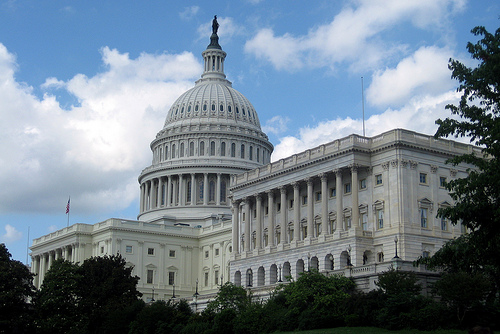 The following is the most recent information on the impact of the federal shutdown on education. Just after midnight, the Office of Management and Budget sent out a memorandum to heads of departments and agencies instructing those organizations to begin shutdown procedures. Last Friday, a memorandum from the U.S. Department of Education was sent out describing the agency’s plan of operation in the event of a shutdown.

According to U.S. DOE, some obligations to states scheduled for Oct. 1 are considered authorized and excepted from a government shutdown. This includes formula appropriations for Titles I and II of ESEA, IDEA Part B State Grants, and Career and Technical Education funds. These obligations are considered authorized because they were appropriated by Congress in fiscal year (FY) 2013, and because the agency “believes that any delay in obligating these funds could, in some cases, significantly damage state and local program operations.”

The Department will furlough over 90 percent of its staff for the first week of the shutdown, only maintaining enough staff to cover excepted functions, including processing financial obligations. In addition, staff will be on hand to manage grants, like Race to the Top and Promise Neighborhoods, which still have FY 2013 dollars available and a spending deadline of Dec. 31. Mandatory programs – including some Pell grants – and programs with their own sources of income or that operate under independent agencies – like E-rate – could continue to operate under a shutdown.

During the first week of a shutdown, U.S. DOE says that payments to grantees would continue to operate under contracts obligated in 2013, assuming that employees at the Treasury department would be at work and available to approve expenditures. This also only applies to funds from FY 2013 – programs that do not have FY 2013 funds will not be able to incur new obligations during a shutdown as spending for FY 2014 has not been approved.

For programs with rolling appropriations, like Head Start, the shutdown will only affect a few programs. In addition, school food programs which operate on reimbursement – like the National School Lunch and School Breakfast Programs – could continue to operate, but any reimbursements from the federal government could be delayed.

As with any situation of this type, it is all subject to the realities of a government shutdown, and implementation of these policies could change at any time. Policies may also change if the shutdown stretches beyond a week.

Education Week has published “The Shutdown and Education: Your Cheat Sheet” by Alyson Klein that provides answers to a number of specific questions on the federal shutdown.

Information from Brustein and Manasevit, PLLC, was used as a resource for this update.