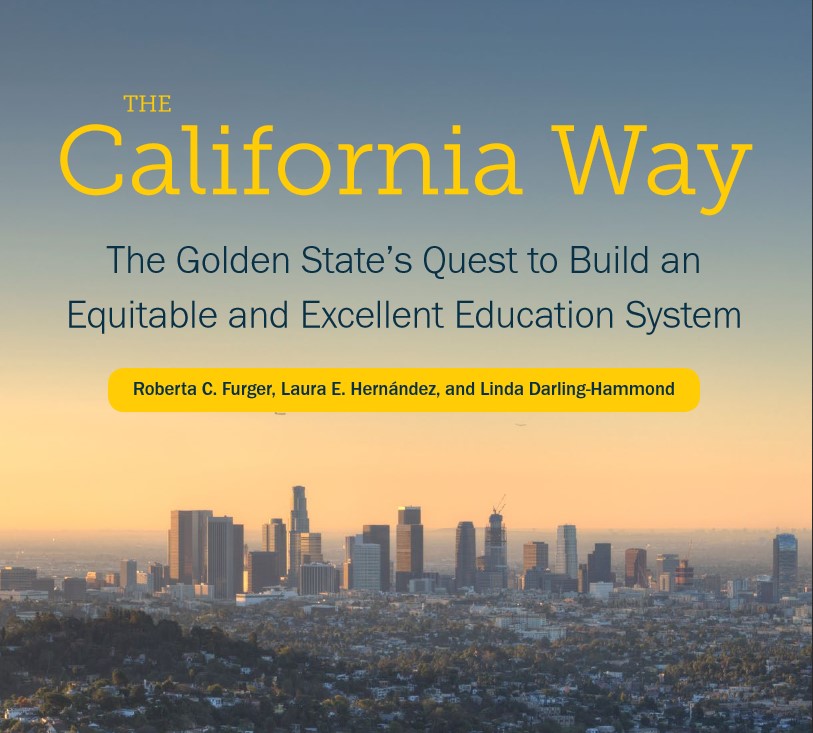 Nearly six years after California’s K-12 educational system entered into the era of the “California Way,” with the Local Control Funding Formula at its foundation, a Learning Policy Institute report finds that greater funding is needed to fully realize the state’s goals.

The institute’s report, “The California Way: The Golden State’s Quest to Build an Equitable and Excellent Education System,” highlights both gains and shortfalls during the state’s overhaul of its educational finance and accountability systems. The report’s release coincided with a Feb. 21 LPI and EdSource event in downtown Sacramento featuring a wide range of education leaders, officials and researchers.

In addition to strengthening the teacher workforce and building capacity for local educational agencies across the state, the report’s authors find that the state must support LCFF-era reforms by developing revenue streams and spending plans that move the state both toward adequacy and equity in funding.

“Despite significant increases in funding over the past six years, funding levels in California remain well below those of most other states,” the report concludes. “While LCFF has rationalized the finance system and has begun to stabilize most districts, researchers and practitioners agree that there is not enough money in the system to meet the needs of all students.”

One key to continuing the state’s progress toward closing opportunity and achievement gaps is ramping up Proposition 98 base funding, or treating it as a ceiling rather than a floor. Said Assemblymember Patrick O’Donnell (D-Long Beach) at Thursday’s event, “My role is to protect LCFF and give it time to saturate throughout California.”

Similarly, State Superintendent of Public Instruction Tony Thurmond said he appreciates the progress and accomplishments the state has made, but funding levels don’t correlate with the claim that education is a top priority. “California ranks 45th or 46th in per-pupil spending. Our kids deserve to be number one,” he said. “They say our budget reflects our values. Let’s make sure our budget puts kids first.”

With a policy framework in place to more equitably serve all of California’s 6.2 million public school students, CSBA has been advocating for Full and Fair Funding to boost California’s investment in its schools and to close achievement gaps. Many student groups, including African Americans and Latinos, lag behind their peers on assessments of academic progress and in other measures.

School board members can help with the effort by asking their constituents to sign the petition for Full and Fair Funding of California’s public schools. The petition calls on the State Legislature to raise per-pupil funding to the national average by 2020 and to the average of the top states by 2025. CSBA encourages you to sign the petition at www.fullandfairfunding.org and to share the link widely with family, friends and community.

Significant progress has been made in the areas of National Assessment of Educational Progress rankings, high school graduation rates and school climate issues such as suspension rates, but again not for all students.

“California is seeing a real shift in funding, community engagement and instructional practice,” LPI President and recent State Board of Education appointee Linda Darling-Hammond said in a press release. “Outcomes are improving, and a strong foundation for progress has been laid, but deepening and strengthening the reforms will be key to realizing the new vision for California’s students and schools.”